On Monday, a Seattle church was vandalized with anti-Asian words. People rallied through the weekend against a rise in hate crimes against people of Asian descent. 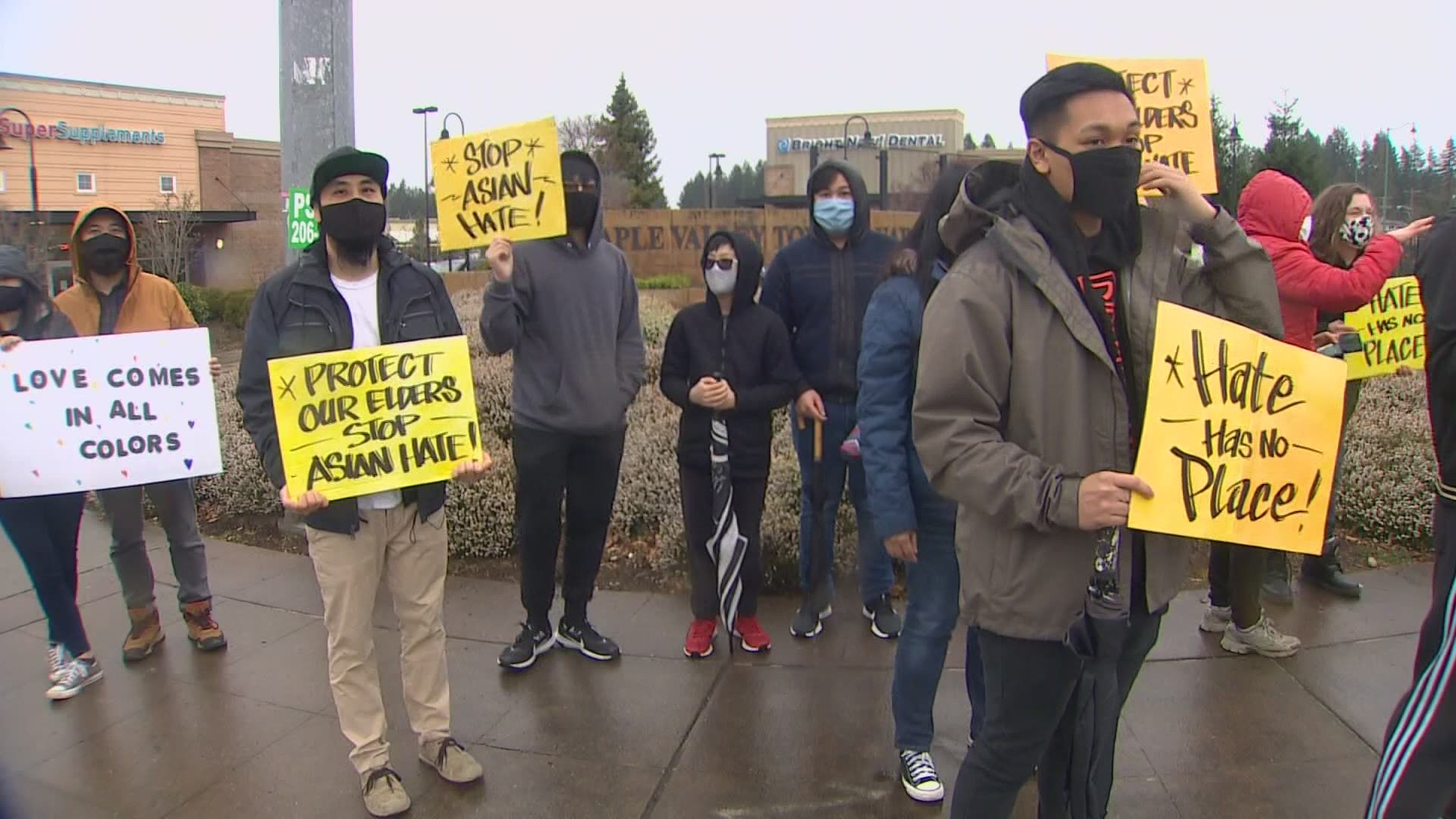 RENTON, Wash. — A church parking lot in the Pinehurst neighborhood of Seattle became the latest site of a possible crime against Asians, as somebody with paint and straw wrote “f*** China. you will pay.”

The case comes as several days of rallies against hate directed toward Asians wrapped up with a rally at the Renton City Hall late Monday. Other rallies occurred over the weekend, including Saturday in Seattle’s Hing Hay Park, and in Maple Valley on Sunday.

Washington ranks fourth highest in the U.S. for harassment against Asians in 2020, much of it associating Asians of varying ethnicities with the spread of coronavirus, according to group Stop AAPI Hate, which has been tracking incidents of anti-Asian American hate throughout the country since last March.

Last year, residents in the Chinatown International District noted an increase in anti-Asian harassment after President Donald Trump and others blamed the coronavirus pandemic on China. In recent months, community leaders have called attention to the continued trend of anti-Asian harassment.