The FBI has said fringe political conspiracy theories, such as QAnon, are very likely to motivate domestic extremists to commit crimes and violent acts. 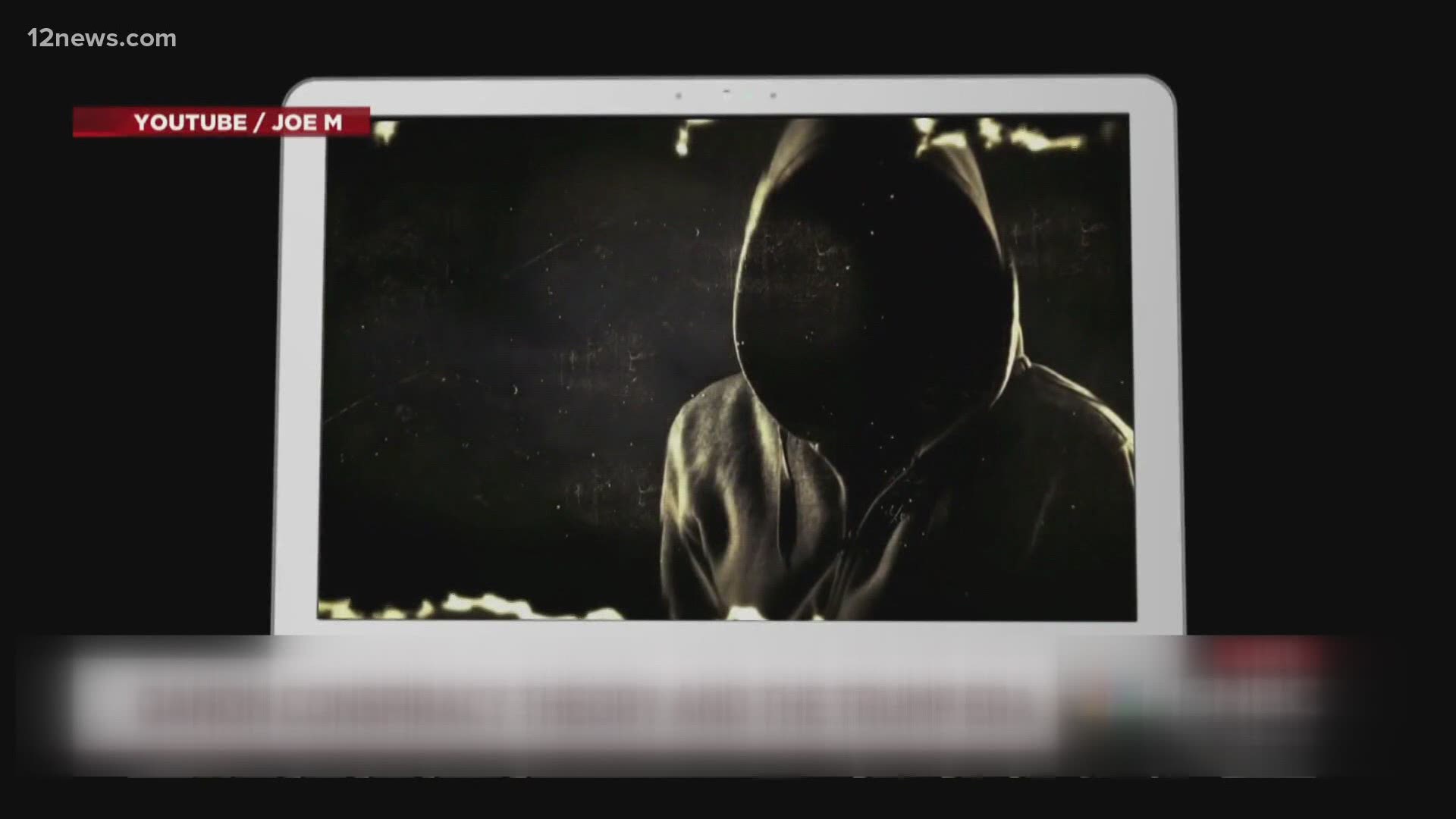 PHOENIX — A fringe conspiracy theory known as QAnon is gaining more influence, winning over believers in Phoenix and across the country.

For the second time this month, QAnon believers hosted a rally in Phoenix to demand an end to child trafficking. Several congressional candidates nationwide have endorsed QAnon in the past and are now on the November ballot.

The FBI has said fringe political conspiracy theories, such as QAnon, are very likely to motivate domestic extremists to commit crimes and violent acts. Several violent incidents around the country have been attributed to QAnon believers.

“It’s very serious we treat this as a risk, an internal domestic risk,” said Claire Wardle, US Director of First Draft, a nonprofit that educates against harmful and false information online. “Over the three years it has grown and people who will be watching this (news story) may have family members who follow QAnon, who read posts from QAnon.”

On Saturday, Aug. 22, about 50 people gathered at a Phoenix park with signs decrying child trafficking and kidnapping. The event was labeled online as “A Global Walk For The Awareness of Child Exploitation and Trafficking” and was hosted by a group calling itself Freedom For Children.

But rally-goers wore t-shirts with QAnon mottos and rhetoric -- including some of its non-child trafficking conspiracy theories.

“It’s real and it’s been going on way too long,” said Jollene Gunlikson, an organizer. Gunlikson said she believes the QAnon message and that she’s willing to die for the cause if needed.

The conspiracy teaches that a secret worldwide network of prominent Democrats and Hollywood stars are kidnapping children to abuse them and harvest their organs.

An anonymous insider of the U.S. government known as “Q” reveals bits of information about the conspiracy through cryptic online messages. Several “prophecies” by Q have been false, but that doesn’t stop believers from clinging onto Q doctrine and re-posting Q videos and messages online.

Critics call QAnon a hate group and say the movement is not just dangerous, but damaging to political discourse. The conspiracy couches President Trump as a folk hero who is going to eventually expose the secret society of Satan worshippers.

Concerns about QAnon have prompted legislators to propose a bipartisan bill in Congress to officially denounce the conspiracy.

There are also calls for President Trump to address the falsehoods espoused by QAnon but so far Trump has only complemented its followers.

“Unfortunately when we have the president being ambiguous about this, we need absolutely clear lines about this to be drawn,” Wardle said. “This has crossed from online to offline to people who have actually killed people.”

Wardle says it's important to understand why some people are drawn to the conspiracy theory.

“When people talk about QAnon they talk about how crazy it all seems and they use derogatory language,” Wardle said. “But we have to understand we are in a time when many people don’t trust institutions and here is a community that explains why the world is turned upside down.”

A recent Facebook post called on Q believers in Ahwatukee “to meet more like-minded folks” for social gatherings. “An absolute transformation is taking place on our planet,” the post states.