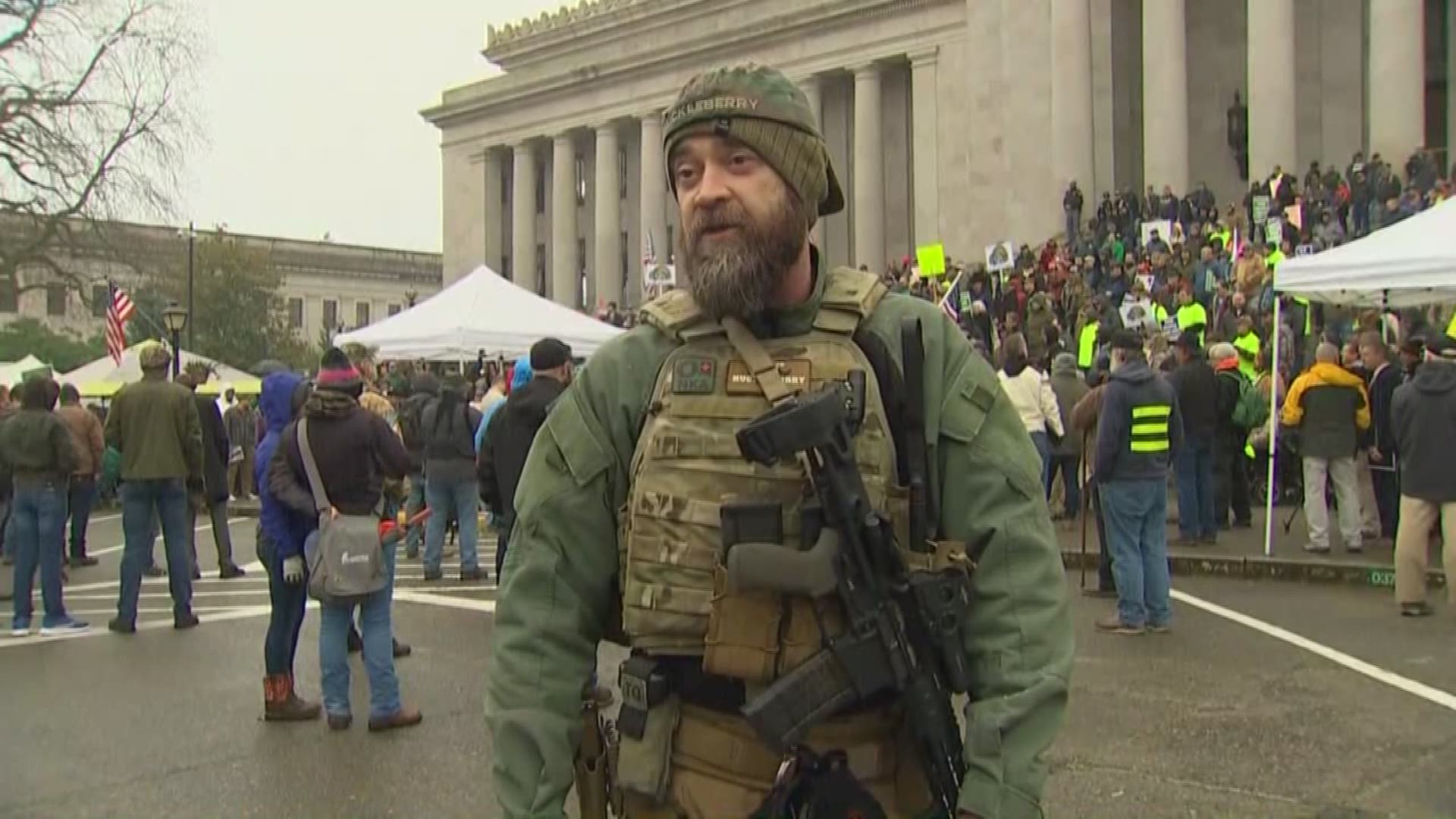 OLYMPIA, Wash. — The battle over gun control continued in Olympia as the public testified before the Senate Law and Justice Committee on Monday.

Testimony focused on bills that would increase the punishment for gun theft or illegal firearm use, as well as those placing further restrictions on firearms.

Nationally, part of the argument against high capacity magazines focuses on mass shootings and the belief that fewer bullets could lower the death toll.

Others have said a ban would not make a difference or stop criminals and that mass shootings continue to take place despite gun-related bans.

Another bill seeks to ban the sale of assault-style weapons and "large-capacity magazines."

During a break in testimony, those personally impacted by gun violence spoke out.

“Without assault weapons and high capacity magazines, I believe our daughter would be alive today,” said Jim Parsons, a father from Bainbridge Island whose daughter was killed in the Las Vegas mass shooting in 2017.

Much like the setting on the national stage, groups in Olympia were divided on the issue.

One of the most prominent voices against passing these types of laws was Washington Representative Matt Shea (R-Spokane Valley).

“If we do not take action, additional mass shootings will occur here, that is inevitable,” Ferguson previously said.

Democrats are leading the charge for what they call “common sense” gun laws. Those Democrats have the majority in Olympia, but the question remains as to whether they will get the votes.

On Tuesday, the high capacity magazine and assault weapon ban will be heard in the House's Civil Rights and Judiciary Committee. It's possible that At least one of those bills could be voted on in Committee as early as this week.