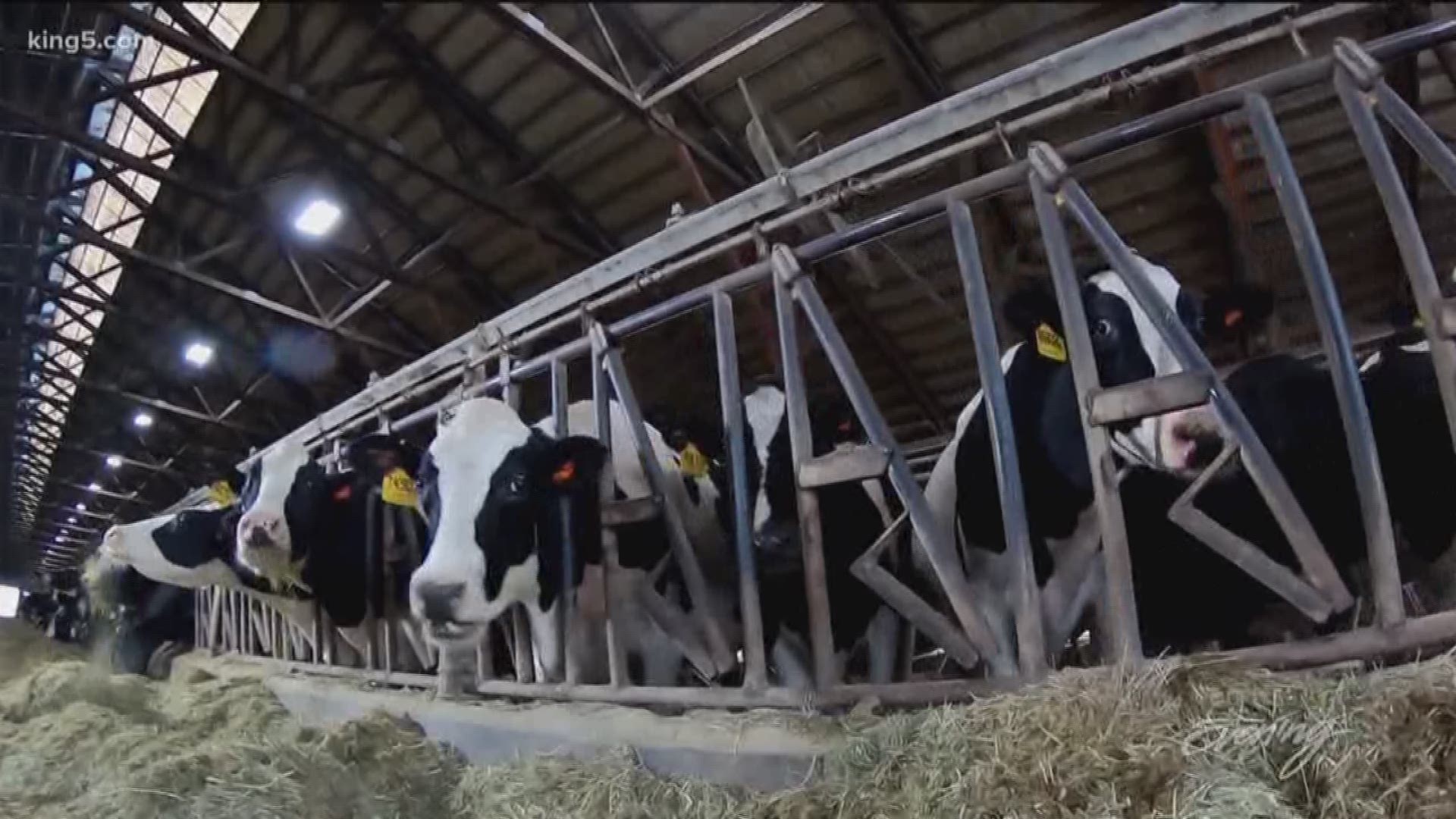 LYNDEN, Wash. — Just a few miles from the Canadian border you'll find one of the most content places in Washington.

"Edaleen been around since 1975. Started real small with about 75 cows and has grown up to about 1,600 cows today," said Mitch Moorlag, co-owner of Edaleen Dairy. "Dairy farming never stops. Cows are doing lots of eating, producing milk, getting well-kept and well maintained."

But fresh milk isn't the only thing these cows produce.

"These cows produce eight to 10 gallons of milk each and every day," Moorlag said. "With that also comes a lot of manure."

"The wind might not always blow, the sun may not always shine, but cows are kind of a guaranteed producer," said Tyler O'Farrell, Puget Sound Energy program manager.

And it starts with a contraption called the digester.

"On an average year, based on the amount of cows here, this will power about 245 homes a year," he said.

PSE customers can sign up to purchase this green power to reduce their own carbon footprint.

"We have about 50,000 customers participating in this program and these customers are very passionate," O'Farrell said.

And the dairy farmers are very happy about the money they save disposing of the manure and the fact they're producing a more environmentally friendly product.

"We hope that our consumers see that value in that we are trying to be very sustainable in our farming practices," said Moorlag.

So while producing milk will always be Edaleen Dairy's priority number one, they're proud to also produce power from number two.

For more information on how to enroll in Puget Sound Energy's Green Power program can be found here.

This story is sponsored by Puget Sound Energy.