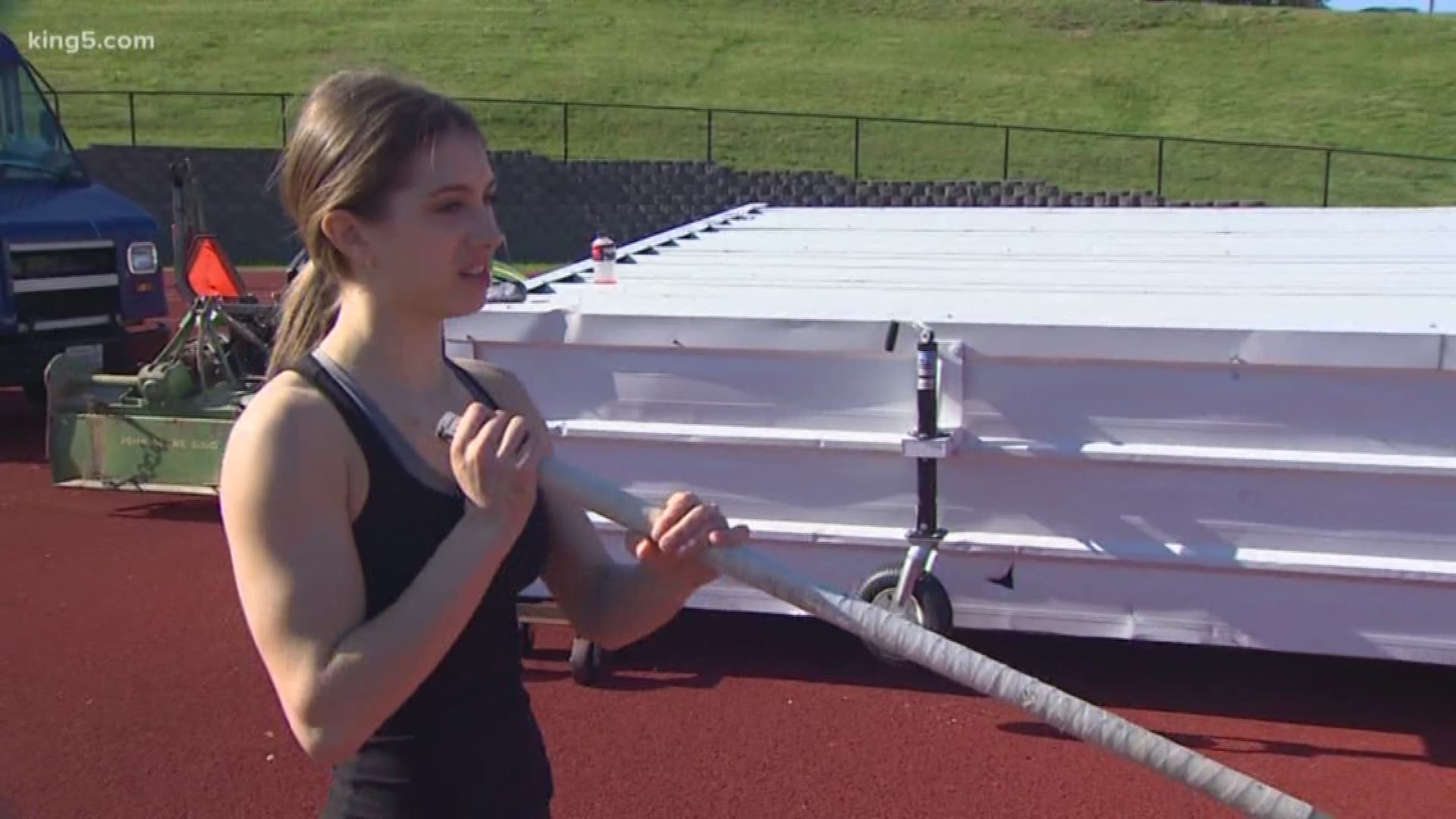 At age 10, Chloe Cunliffe stopped doing track to focus her attention on gymnastics. She was a great gymnast for the next seven years, but then Chloe decided to return to the track — and now she’s vaulted herself to the best in the nation.

"I love going really high and I actually love the fear of pole vaulting and the adrenaline rush it gives me, and having a lot of excitement, that’s what I think keeps me doing it,” she said.

Chloe credits her family for her love of sports. She has six sisters and one brother, all athletes. Her older sister Hannah runs professionally, while her brother Sam plays college basketball.

"Watching all their hard work and I saw what they did, I wanted to do what they did. So I'm going to do that, but better,” Chloe said.

In 2018, Chloe won a state title in the pole vault and broke the track meet and state record. In 2019, she set her sights even higher.

"Chloe is just is phenomenal athlete, she is probably one of the most focused and competitive athletes I’ve ever seen," said West Seattle vault coach Lev Marcus.

"It's really fun, it's the best feeling ever when you know you’ve cleared the bar and your heart is pumping, it's a good feeling," she said.

Chloe's dad Michael Cunliffe is also her coach. "The heights are great, and I'm looking at those, but as a coach, I like the mental developing that is happening with Chloe," he said.

Her dad was a former track athlete at Washington State University. Now he coaches his own kids, along with hundreds of others.

“The most humbling job in the world is to be a parent and to compound that humbleness is to coach your own children," Coach Cunliffe said.

"He is really smart," Chloe said about her dad. "I listen to everything he says, I love having him as my coach. Some people think it would be annoying seeing him all day as coach and a dad, but I like it, I like having him there."

"The time frame looks condensed, but if you think about it, she's been training for speed, jumping and power since a child, then the gymnastics allowed her to get balance and high degree of proprioception, combined with speed and jumping ability, so all she needed to do was have a pole in her hand.”

And now she does — nearly 7 days a week.

Her goals include another state title, a national championship and a trip to the Olympics. Chloe is also working hard to vault 15 feet at the state meet. There is also a chance that Chloe and her sister Hannah both could land a spot on the US Track & Field team for the 2020 Olympics in Tokyo.