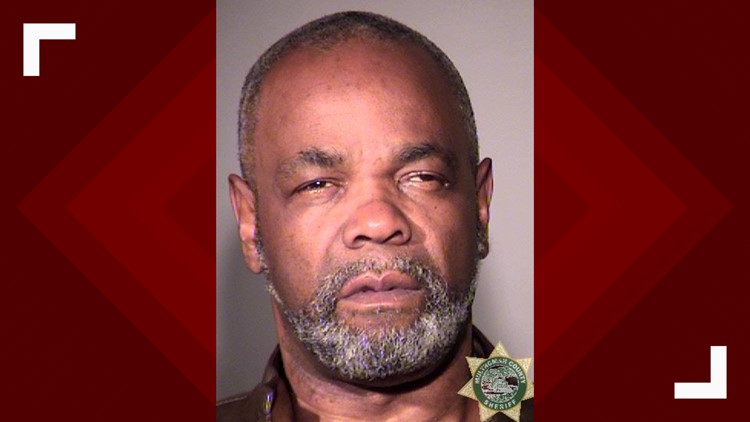 PORTLAND, Ore. — He’s back. The so-called ‘Hamburglar’ is back behind bars on theft charges. A Portland police detective said Barry Sanders, 57, was arrested Saturday for allegedly stealing $670 worth of shrimp from Winco Foods.

Detectives nicknamed Sanders the ‘Hamburglar’ after catching him steal roughly $2,690 worth of meat from Safeway grocery stores in 2014.

A KGW investigation in 2017 found retailers and police frustrated by a flawed system that allows shoplifters to re-offender without facing serious consequences. Sanders’ criminal history helped to illustrate the problem.

Over the past decade, the Portland man has been arrested more than 34 times for theft.

“I know the law.  I know the rules.  I know what I can and can’t do,” Sanders told a Portland police detective during a videotaped interview in 2016. “Every time I get out of prison, I steal.”

On Monday, Sanders pleaded not guilty to second-degree theft charge and trespass in a Multnomah County courtroom.

The judge ordered him to stay off Winco Foods property and allowed Sanders to be released, while awaiting trial.