Port Gamble is home to Washington's most haunted house

In a setting straight out of a Stephen King novel, a supposedly unoccupied house is making noises and sending shivers down the spines of passers-by. 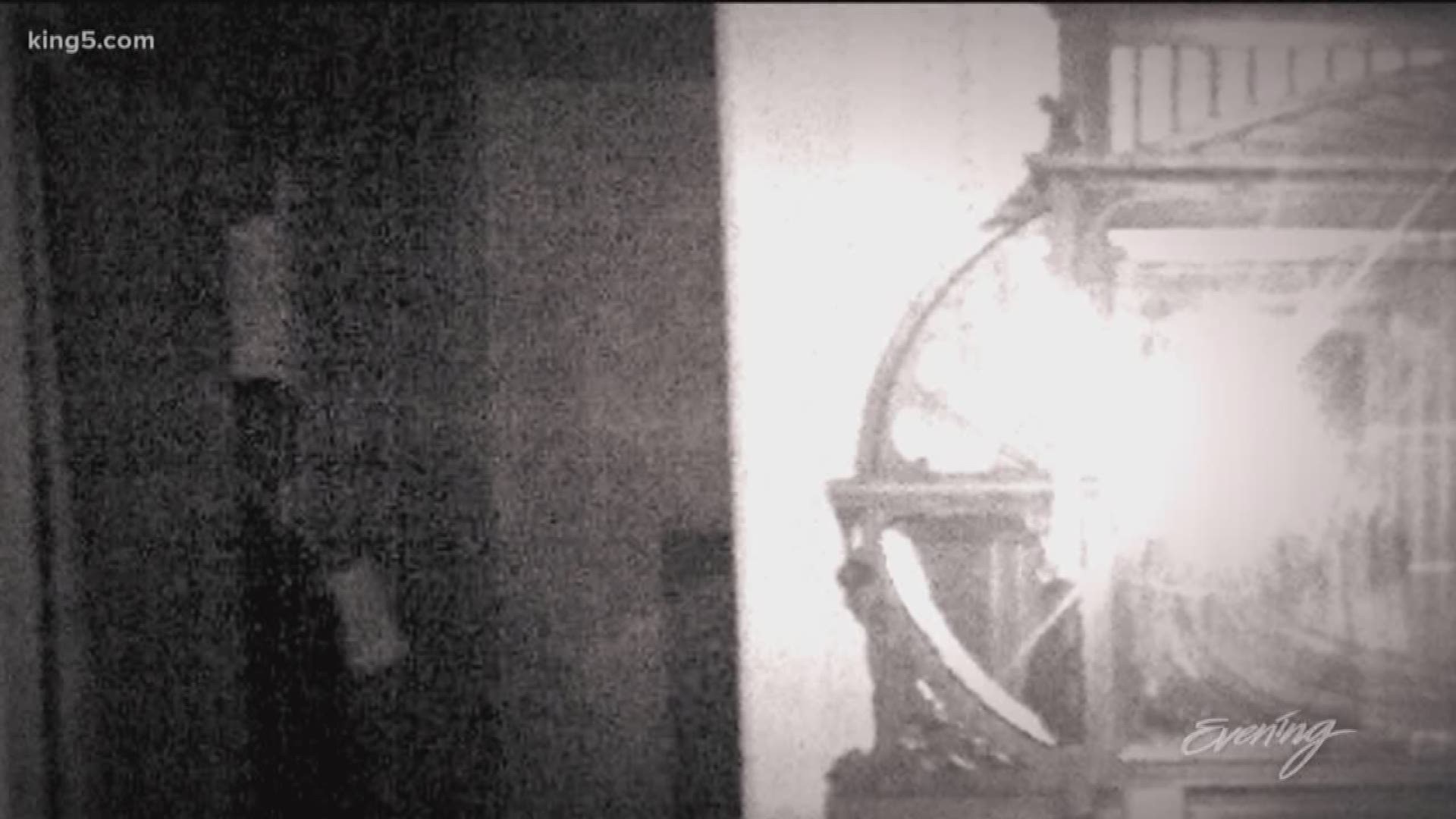 Port Gamble, WA — When autumn spreads its golden colors through Port Gamble and the sidewalks fill with dead and dying leaves, there is something new you may sense in the air.

A feeling that might make you shiver in the cemetery or scream out loud in what is supposed to be an empty house.

“I do feel a little bit of energy here,” says paranormal investigator Pete Orbea. Since 2013 he says he has been able to reach across the veil and speak with spirits.

He hosts guided tours of the Walker-Ames house, once the most expensive home in town and believed to be the most haunted in the state.

“We call them our long-term residents,” says Orbea. “There are stories going back years, footsteps of people running on the floor above you, physical touching, disembodied voices, electronic voice phenomenon, and seeing historical people walking around in this house."

Orbea takes us to the attic where the children of the house are most often experienced. Investigators have left toys throughout the attic, seen little shadows in the corners and heard sounds that would seem playful anywhere else.

The children have apparently not been left alone. Every six weeks someone reports seeing a figure in an attic window. Every. Six. weeks.

“People outside during the day shopping in town will see her and go running into one of the shops and ask ‘What's going on in that house?’" says Orbea. “And the house is locked up. It’s always locked up."

Orbea says it's the ghost of a nanny.

“We're not sure who she is looking for but she seems to be looking for somebody,” he says.

One night on a tour he got a better look than most.

“I heard a scuffle in the hallway behind me I turned around and she was just standing there with no expression on her face,” he says. “As soon as me and a group of people I was with saw her, she disappeared.”

But not before someone got this photograph of something in the doorway.

“That definitely startled me and made me question why I am doing this,” he laughs.

Something with a playful spirit seems to reside in this old house leaving signs it has no plans to leave.

“The best explanation I've got as to why there is activity up here and all throughout the house would be I guess they just love it here so much they don't want to leave,” says Orbea.

On Halloween night you can take a guided tour of Port Gamble. It highlights the town's history with the paranormal, and next month the town hosts its 10th annual Port Gamble Ghost Conference.