Police calls to Veterans Memorial Park in Port Angeles have skyrocketed and residents say they no longer feel safe. 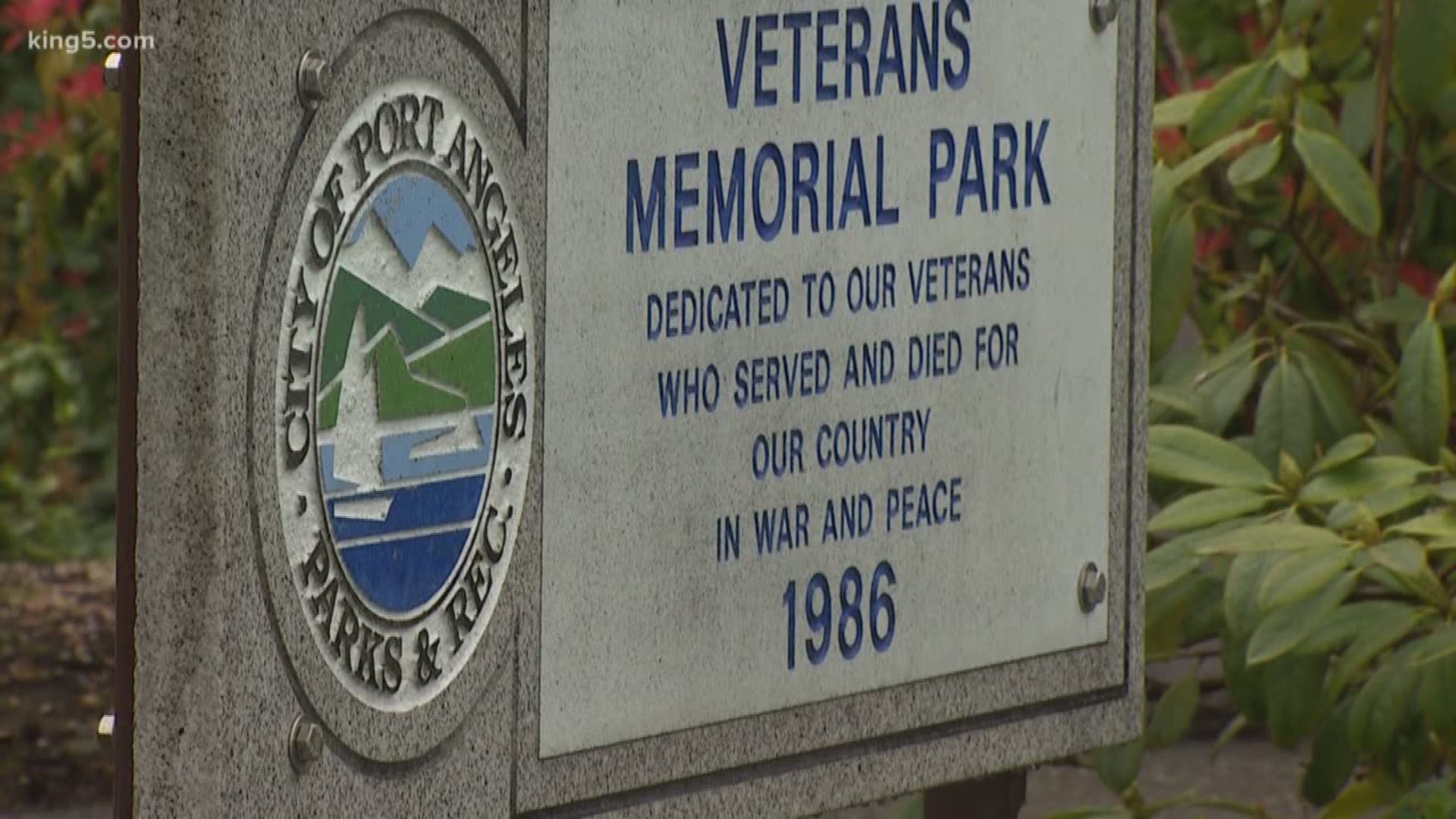 PORT ANGELES, Wash. — At Veterans Memorial Park in Port Angeles, a replica of the Liberty Bell is defaced with graffiti. The park is teeming with garbage. Nearby residents say they no longer feel safe.

"This can be a horrific mess of trash and human waste," said Karen Rogers. "We have needles, illicit sex acts. This is a school bus route, for crying out loud!"

Rogers is a former mayor of Port Angeles. Her son is an Iraq War veteran. To her, seeing the memorial this way just isn't right.

The situation has grown much worse over the past three years with the opioid epidemic. Police calls to the park have skyrocketed.

Rogers is now proposing a gated fence around the Liberty Bell monument that would lock out the homeless population at night.

"We have to do something," she said. "We can't keep enabling this."

Stephen Jimmicum sat under the the memorial's roof as rain poured down. His mom served in Vietnam.

He, too, was offended by the lack of respect shown by some, but said the park is the only place he and other transients can take shelter on a rainy day.

"I pick up the garbage around here," he said. "I feel like I should be welcome. Where else is everybody gonna go during the day besides in the bushes or get wet?"

It would cost about $17,000 to build the fence. That's money the city doesn't have, and it still wouldn't keep the homeless away in the daytime.

Rogers is now trying to raise money to restore the park herself with a  GoFundMe campaign because she believes veterans deserve it.

"It was not built for anything other than the celebration of history and service," she said. "We need to restore it to that."

The Port Angeles Parks Department is taking public comment about the fence. It will decide whether to send the issue to the City Council.