"Zombie campaigns" mean a politician's campaign is dead, but their campaign war chests live on. 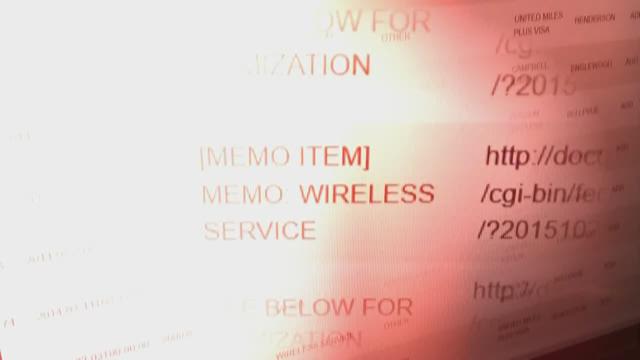 A joint investigation with KING 5's sister stations across the country reveals the surprising, sometimes questionable, ways lawmakers can spend their campaign cash after they retire.

The former Washington Congressman noted in their investigation is Brian Baird who represented Southwest Washington for 12 years.

Baird left Washington D.C. in 2011 with nearly $500,000 in his campaign bank account, leftover money from his donors.

“Of course the party would say, ‘why don't you give us all the money, and I didn't think that was a wise thing,” said Baird. “My goal was to say, as well as I could, what would the people who contributed this money to me as a candidate think is an appropriate use.”

Following retirement, Baird used a good chunk of his cash to support other politicians including a number of fellow Washington Democrats, but then he did something unusual with a sizable $200,000 of his leftover money.

In 2016, Baird formed a super PAC called 3 American Questions with his former colleague Republican Congressman Bob Inglis from South Carolina. Their goal was to try and encourage voters to ask candidates about what Baird believes are the three most pressing issues of the time.

3 American Questions failed to get off the ground. The group's Facebook page can still be found, but their website no longer exists. Baird classifies the group as currently dormant, despite tens of thousands of dollars spent on consultants, social media, and digital advertising, even some travel.

“The bulk (of the money) was to build the website, build the Facebook page, do advertising and try to get the message out,” he continued. “We hit, I think, 800,000 people saw at least some of our social media ads, and we made some traction but we could never, I'm sorry to say, we could never catch fire.”

Despite that, Baird doesn’t consider the effort a waste of leftover campaign money.

“If you don't try, you'll never succeed. I can't think of three more important issues to have focused on,” he said.

Baird adds he consulted attorneys and the FEC to make sure he was following the law, but it's a law that campaign finance experts say is filled with ambiguity and gray areas.

“I think it's fair to say that it's not entirely clear how a former member of Congress can use campaign funds that are left over in their campaign account,” said Brendan Fischer, director of FEC reform at the Campaign Legal Center in Washington D.C.

Believe it or not, there are much stricter rules now compared to decades past when former members could use campaign money for personal use. The rules changed in 1977 and then were clarified again by the FEC in 1995.

Using leftover funds for personal use is now explicitly against the rules. However, there are a number of ways former members can use their surplus funds, including reimbursing donors, giving it to charities, other politicians, political parties or PACs.

The Campaign Legal Center, a non-partisan, non-profit, says it would like the FEC further clarify the rules and potentially put limits on the amount of time that a campaign committee can stay open.

"A campaign committee that's remaining open for several years after a member of Congress leaves office creates situations that are ripe for abuse,” said Fischer.

While Baird’s use of leftover campaign funds doesn’t appear to violate any rules, experts say it highlights the legal gray area and complexity of the current law.

Baird himself is a supporter of broad campaign finance reform and spent time in Congress trying to tighten rules and ethics. He sponsored a measure called the STOCK Act (Stop Trading on Congressional Knowledge), legislation to ban insider trading among members of Congress.

When asked if rules around leftover campaign funds should be changed, here's how Baird responded.

“If someone is finding clever ways to take their campaign funds and back door pay themselves, I think that should be tightened up. Because that's not in my judgment what donors contributed to, and that's not what the spirit of the law intended,” said Baird.

KING 5 newspaper partner, the Tampa Bay Times called into question Baird's political donations with his leftover money while working for Vigor Industrial and Shipyards from 2011 to 2012 in a role that advised on governmental affairs.

Baird says he was never a registered lobbyist and says quote "to the very best of my knowledge, no campaign funds were used in any way primarily related to the work at Vigor."

KING 5 spoke by phone to a couple of his top dollar contributors, who said they said they didn't expect reimbursements and trusted him to spend it in a way they would support.

“Patricia and I have great faith in Brian’s judgment,” said donor David Nierenberg.

KING 5 wants to know what you think. Should there be tighter rules on what former politicians do with their campaign funds? Please weigh in on our KING 5 Facebook page.