Why did Trump pick Everett for a rally?

A lot of political pundits would say Donald Trump is crazy to be spending time in Washington State. 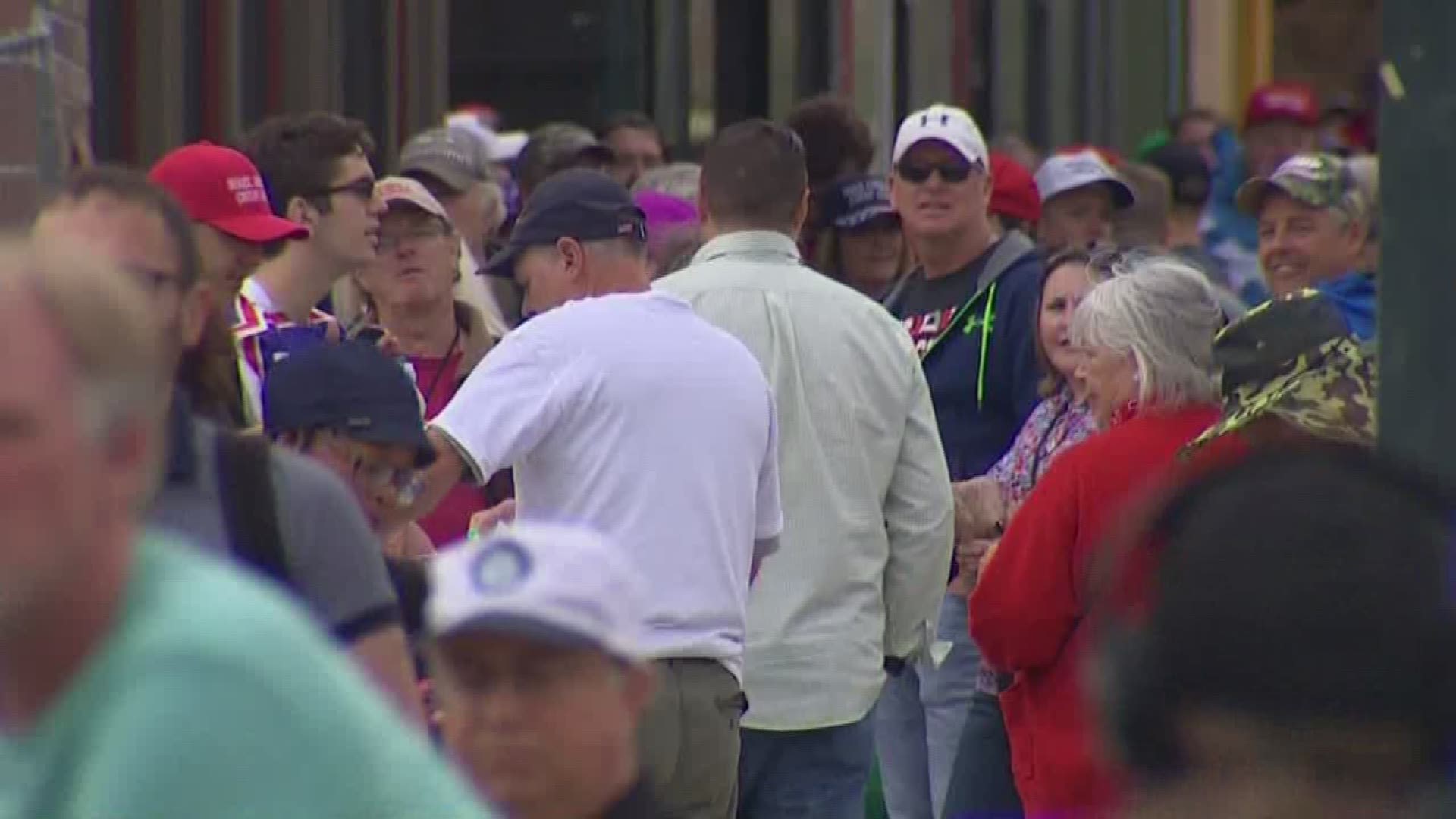 National political pundits say GOP nominee Donald Trump is wasting his time publicly campaigning in a state that’s not voted for a Republican presidential candidate since 1984. However, Trump supporters say he’s making good on a promise after he told them he would return during his visit to Lynden in May.

“It's putting Washington State on the map. We're being spotlighted right here in Snohomish County. We are excited,” said Trump supporter Georgene Faries. “It shows he's a man of his word. He said he'd return and he is.”

Faries, also a GOP super volunteer in Snohomish County, said the location of the public rally is significant. In fact, Snohomish County is considered one of the most important counties to the State Republican Party this fall. The state party chairman has nicknamed Snohomish “the Ohio of Washington State.”

“If we are going to get significant gains in our state, it has to start here in Snohomish County,” said Republican State Senator Kirk Pearson of statewide races.

Pearson, a Trump supporter himself, represents a district that includes parts of Snohomish, Skagit and King. He said the issues on his constituents minds range from security to economy and jobs, all topics expected to come up during tonight's speech.

“I really believe that Mr. Trump is really reaching out to our working class men and women who work at Boeing and other places in our state, and he has a heart for the blue collar people,” said Pearson.

Trump's criticism of current trade deals, such as the Trans-Pacific Partnership is also expected to come up tonight. Washington remains one of the most trade dependent states in the country. It’s a state also known for voting blue in presidential elections for the past three decades.

“There’s a movement here in Washington state. Yes, we may be blue, but I think we’re going to be turning purple, just by all the people I’m seeing turning out. Ignore the pundits, Washington is headed for change,” said Eileen Sobjack of Whatcom County.

“He’s energizing people who haven't voted in the past five elections. He's getting people to register to vote who haven't registered before. I think Democrats are very worried about the energy that's following Donald Trump everywhere he goes,” said Sen. Ericksen.

Trump’s state campaign expects up to 9,000 to attend the Tuesday rally.

However, a number of high profile Republicans in the state will be missing from attendance. Both major statewide Republican candidates, Chris Vance (candidate for Senate) and Bill Bryant (candidate for governor) have said they will not vote for Trump.

Republican Congressman Dave Reichert (8th District), who’s up for re-election, will also skip out on the rally.