Jared Mead is the face of a new generation of Washington politics. When he is sworn in on January 14, he will be the youngest serving lawmaker in Washington’s House of Representatives. 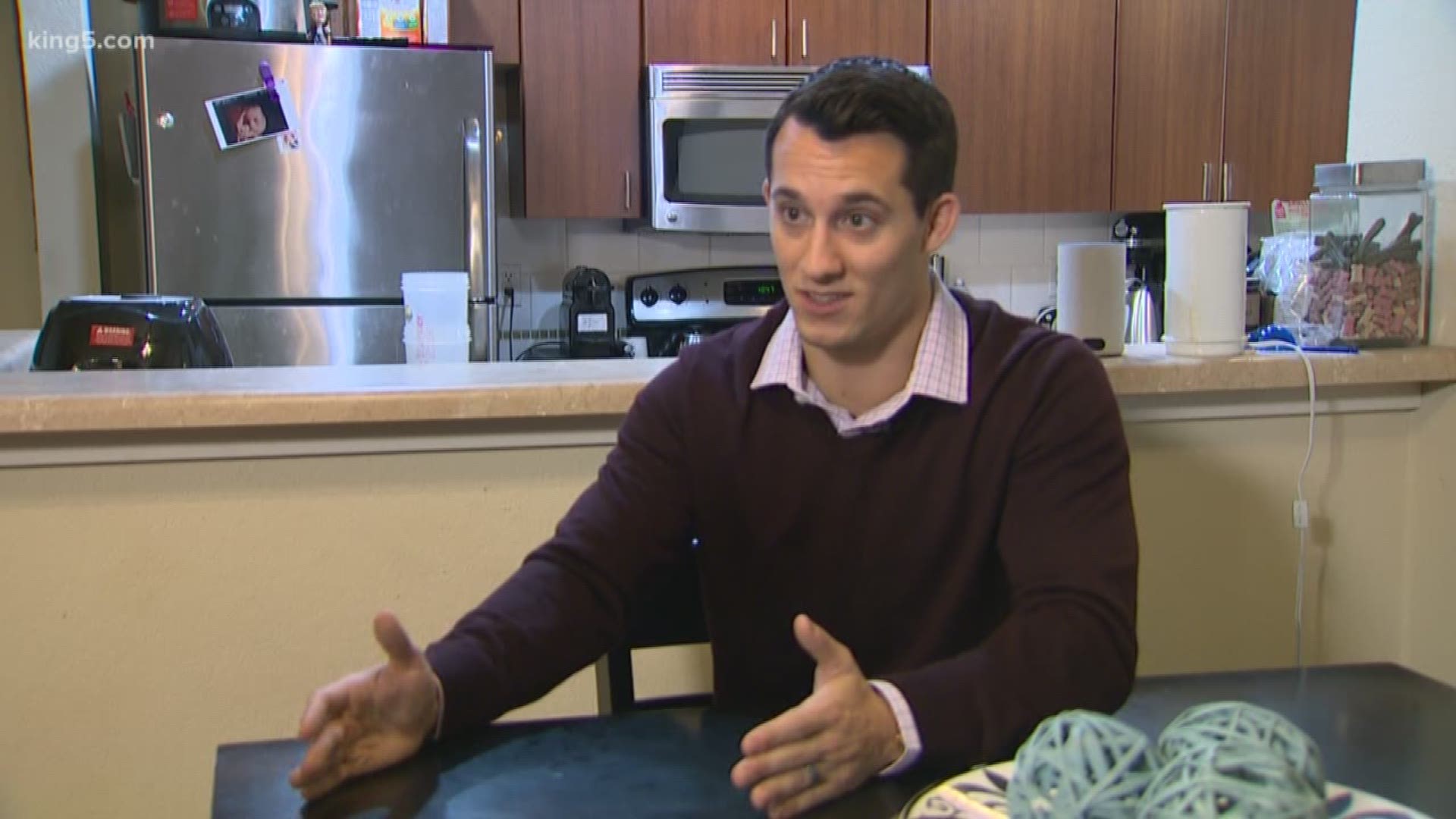 At 27-years-old, Jared Mead will soon be the youngest serving lawmaker in Washington's House of Representatives. He sees himself as a new brand of politician - with a fresh perspective.

"People are fed up with politicians saying I'm gonna do this, then getting elected and using the next two years to get re-elected," said Mead. "If I don't do enough for my constituents, I shouldn't be re-elected."

Mead lives in a modest Mill Creek condo with his wife, brother, and sister-in-law. Like many people his age, this is the standard reality and one that he wants to change.

"We can't afford to pay the mortgage plus the homeowners without help," said Mead. "That plays into how the state should be dealing with legislative policy that surrounds rising housing costs, growth, taxes, and education."

When he is sworn in on January 14, the millennial Democrat will have a host of major issues on his plate. Among them are affordable housing, traffic congestion, school overcrowding, and tolls for the Highway 2 Trestle.

Mead ousted a Republican incumbent last November but says the 44th district is the Ohio of Washington. It's full of young families, like his, more purple than red or blue, and that's how he plans to approach policy.

"I reflect the average person who lives in this district. I want to go to Olympia and bring our voice there, not just say I'm a millennial Democrat."

Nothing, however, will shape Mead's vision more than the birth of his first child. The baby boy is due at the end of January. Mead hopes that when his son has his first child, he won't have to crowd into a condo with roommates.

"This is about the future and making sure the world is better in 18 years than it is now, and the role I can play in that," said Mead.