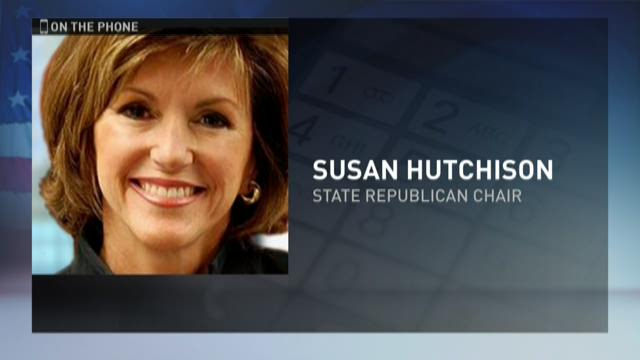 Following the speech, Chairman Hutchison told KING 5 she spotted Cruz near the elevator in a chance encounter.

“I decided I was going to speak to him, and relay the anger that we all felt. So, I went up to him and introduced myself, told him I was Chairman of the Washington State Republican Party and what he did was inexcusable and he was a traitor to the Party,” Hutchison said in a phone interview.

“I think he was surprised, and his wife Heidi turned to me and said ‘you’re wrong, you’re wrong, and I just said, ‘Well, I love you Heidi, but your husband is wrong.’”

"Everybody was dumbfounded and appalled by what he did," Hutchison continued. "He was invited graciously by Donald Trump and the RNC for a key position in primetime on the Wednesday night before the big night."

Ironically, the majority of the Washington Delegation supported Ted Cruz for president. 40 out of 41 individual delegates backed Cruz, but were bound by the state’s presidential primary won by Trump.

A number of the delegates even attended Cruz’s rally in Cleveland on Wednesday held prior to his RNC speech.

“It was the greatest gift he could have ever given us. We worked so hard for him,” Washington delegate Manette Merrill told KING 5 earlier in the day.

“It was just an amazing experience. It was the missing piece to everything we had done for him. We didn’t have that finality, because he suspended (his campaign) and didn’t make it (to Washington), so it was just like the ‘Amen on the prayer.’”

Some members of the delegation had also pushed to ‘unbind the delegates,’ earlier in the week, hoping for a contested convention.

“We’d been through that term, ‘vote your conscience,’ all week long, and it lost. The idea that delegates could come and disregard the rules of their state parties, lost,” Hutchison said Wednesday night.

“It was very careless of him. He could have been a statesman. He could have done the right thing and been as gracious to his hosts as they had been to him.”

"Tonight, Donald Trump has the opportunity to unify Republicans, including our state's elected delegation - 98% of whom strongly supported Ted Cruz. When Trump supporters assail the most popular conservative in the country with such inflammatory language, it can only make Trump's task this evening harder," Gamoran said in a statement.