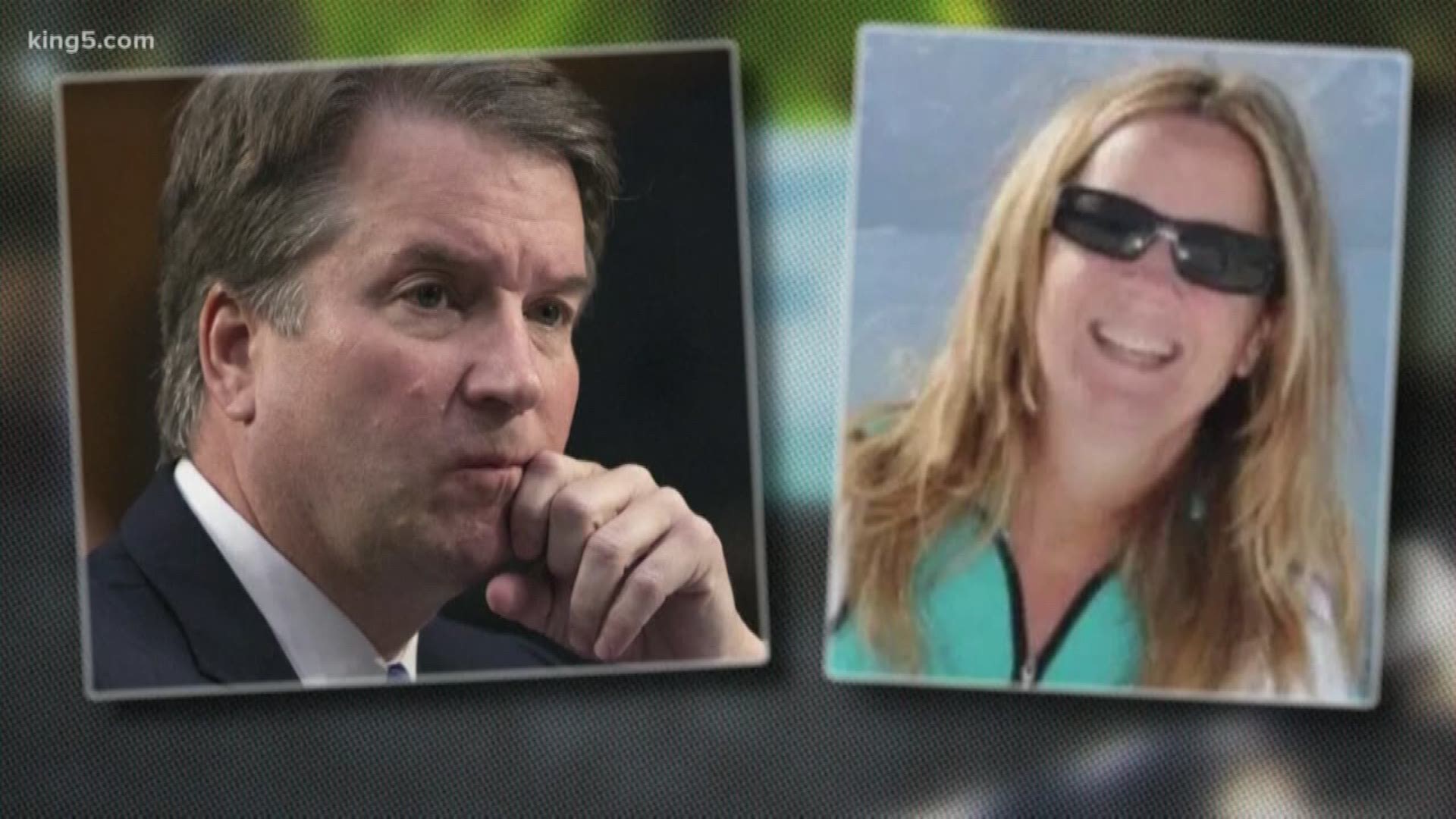 Senate Republicans are pushing to move forward with a hearing Monday on the sexual assault allegation against Supreme Court nominee Brett Kavanaugh.

However, Kavanaugh's accuser wants an investigation first, and Senate Democrats, including Washington’s Patty Murray and Maria Cantwell, are asking for a delay.

“This is a test for the United States Senate on how we handle accusations of sexual assault and harassment,” said Senator Murray. “I'm hoping this time, this year, we pass that test.”

Murray says she ran for U.S. Senate because of how Anita Hill was treated in 1991 after she brought forward sexual harassment allegations against then Supreme Court nominee Clarence Thomas.

Also see | Senators 'failed' in 1991, Anita Hill says. But she thinks they can do better this time

Decades later, in the era of the #MeToo movement, victims say any accusation needs to be taken seriously.

“Today we've reached a crossroads. This movement is being put to the test,” said Caitlin Flynn, a survivor of sexual assault who spoke at a news conference with the senators on Wednesday.

“Why do we need that non-partisan investigation? Because one of my colleagues has already said that Dr. Ford is mixed up,” said Senator Cantwell. “A key member of this committee is already predicating decisions that he's going to make based on the fact that he doesn't believe her testimony.”

Cantwell referenced a comment made this week by Republican Orrin Hatch who sits on the Senate Judiciary committee.

“I just don't know why she's unwilling to testify, even if it's behind closed doors. I would like her to explain her story, and I think everyone would,” said Republican Senate Candidate Susan Hutchison, who’s challenging Senator Cantwell for her seat this year.

“Everywhere I go, people respond that it feels like a delaying tactic by the Democrats,” said Hutchison, who questions why Senator Dianne Feinstein, D-California, did not come forward sooner with the letter detailing the accusations against Kavanaugh.

Brett Kavanaugh nomination: What we know about embattled nominee and accuser

In a letter to Chairman Grassley, Dr. Blasey Ford’s attorneys argue that “a full investigation by law enforcement will ensure that the crucial facts and witnesses in this matter are assessed in a non-partisan manner and that the Committee is fully informed before conducting any hearing…”

“I don't think that putting the allegations of sexual assault on a time schedule when we can have non-partisan information given to our colleagues, I would turn the question back to (Senate Republicans) ---what's the rush; what's the rush?” asked Cantwell. “Why not take the time to instill confidence?”

“Let’s give this woman the ability to have a fair hearing,” said Senator Murray. “If the Senate fails to do that, that is on the Majority," continued Murray referencing Senate Republicans.