Washington representative among record number of Latinos to serve in Congress

Republican Rep. Jaime Herrera Beutler won her re-election campaign for a fifth term this week. She will be part of a record number of Latinos to serve in Congress next year. 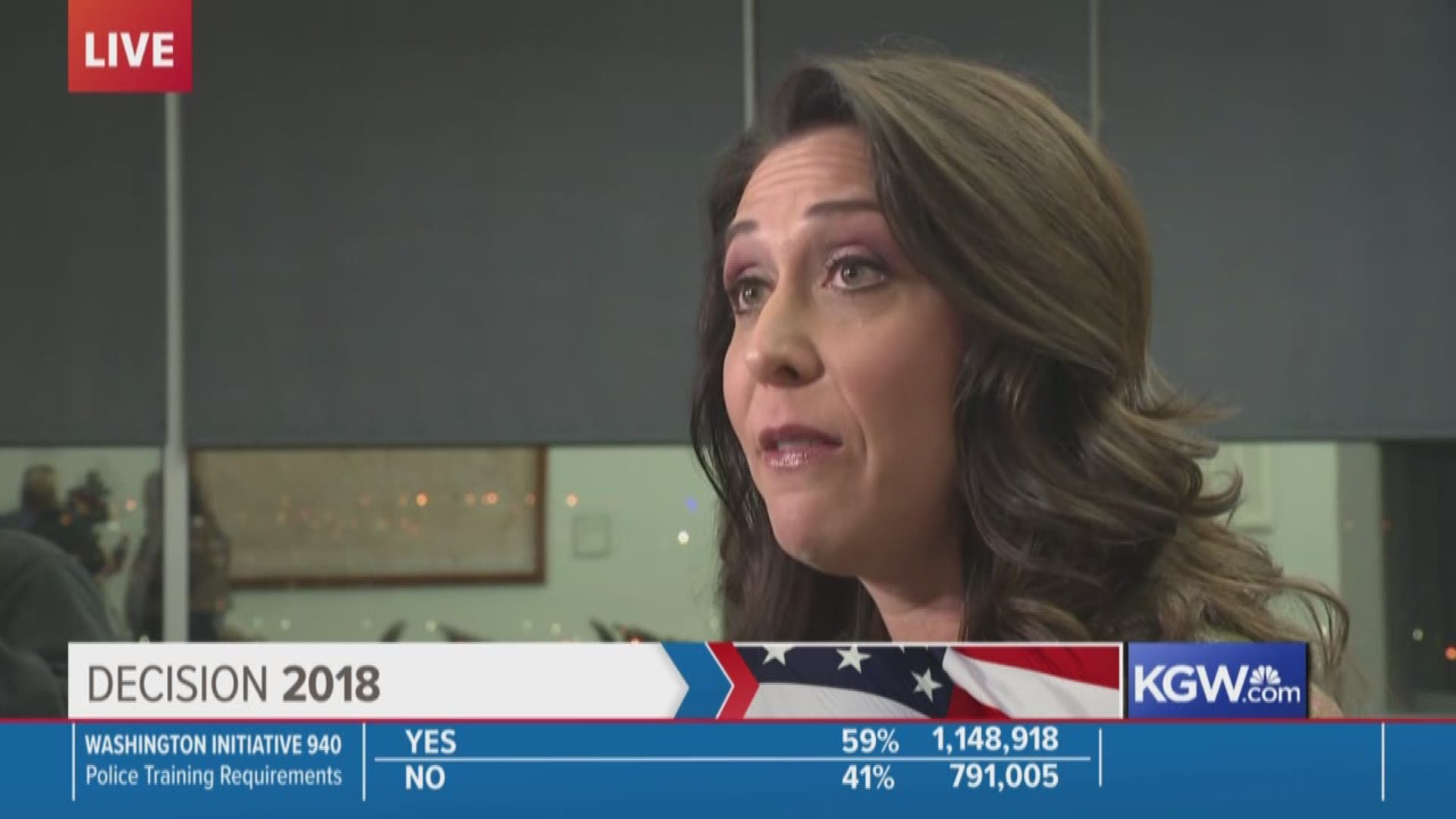 WASHINGTON — Washington Congresswoman Jaime Herrera Beutler is among at least 42 Latinos who will serve in the U.S. House next year, which is more than ever before.

One House race is still to be decided.

With Latinos reaching an unprecedented level of representation on Capitol Hill, The Associated Press was able to document that 34 percent of Hispanics voters approve of how Donald Trump is handling his job as president, and other factors that mobilized the vote among the nation's largest ethnic or racial minority.

Herrera Beutler was first elected to the district in 2010, and she won her last two elections with more than 60 percent of the vote.

During her campaign, Herrera Beutler pledged to combat the opioid crisis with effective treatment and rehabilitation programs for those suffering with addiction, make health care more affordable and accessible, and improve resources for veterans. She said she will continue to look out for small businesses and bring jobs to the area. She said she will also continue to fight Oregon’s plan to place tolls on Interstate 5 and 205.

In the race for an open seat in a GOP-held district that includes part of Orange County, California, Democrat Gil Cisneros trails Republican Young Kim, who's trying to become the first Korean-American immigrant woman elected to the House. Cisneros is a first-time candidate who won a $266 million lottery jackpot.

According to AP VoteCast, a new tool that replaced the in-person exit poll as a source of detailed information about the American electorate, almost one-third of Hispanics voters approve of how Trump is handling the presidency, while 66 percent said they disapprove.

The rate of approval may surprise some, given the harsh rhetoric Trump has used about Hispanics. He called Mexican immigrants "rapists" and "criminals" when he first announced his bid for the White House in the summer of 2015.

More than 4 in 10 Hispanic voters said they approve of how Trump is handling the economy, and about 4 in 10 said he's a strong leader.

The unemployment rate for Americans of Hispanic or Latino ethnicity fell to 4.4 percent in October, the lowest recorded level for this group since 1973.

About 64 percent of Latinos voted for Democratic congressional candidates and 33 percent voted for Republicans.

AP VoteCast is an innovative nationwide survey of voters nationwide, including 7,738 Latino voters.

The survey showed 26 percent of Latino voters said immigration was the most important issue facing the country, 23 percent said health care and 18 percent said the economy. That's comparable to the breakdown among voters overall.

In Florida's Senate race, Hispanics were somewhat more likely to say they voted for the Republican candidate than Hispanics nationwide, with 45 percent overall voting for Republican Rick Scott, including 59 percent of Cubans.

AP VoteCast is a survey of the American electorate conducted in all 50 states by NORC at the University of Chicago for the AP and Fox News.

Participants selected from state voter files were contacted by phone and mail, and had the opportunity to take the survey by phone or online. The margin of sampling error for voters is estimated to be plus or minus 0.5 percentage points.

All surveys are subject to multiple sources of error, including sampling, question wording and order, and nonresponse.

KGW contributed to this report.