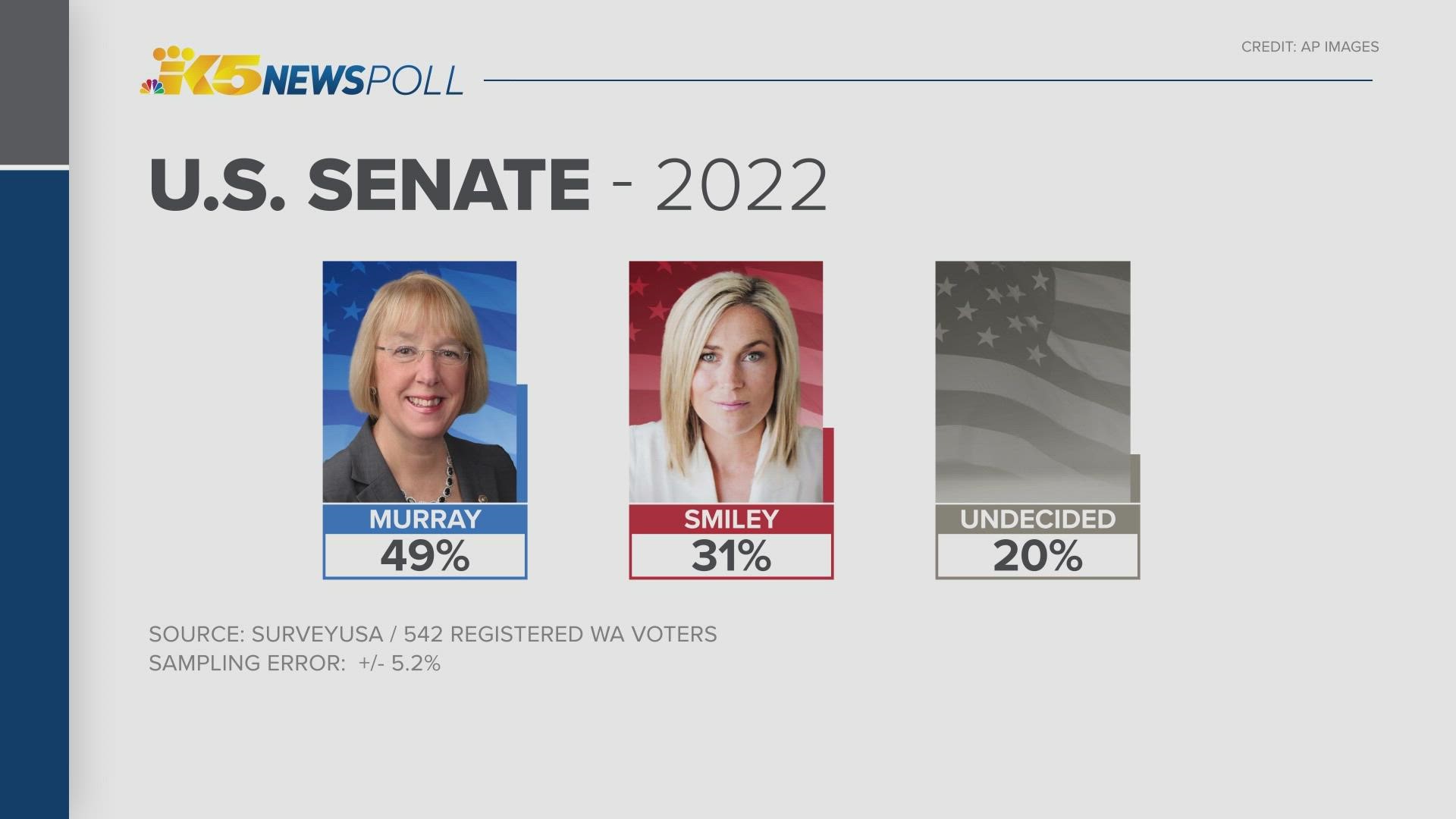 WASHINGTON, USA — Washington Senator Patty Murray would win a hypothetical matchup for a sixth term if the election were held today.

That's the result of a statewide poll, conducted by SurveyUSA for KING5, of registered voters. The survey was conducted between October 25th and October 28th.

It found that when voters were asked who they would vote for in a head-to-head matchup between Murray, and Republican challenger Tiffany Smiley, 49% chose Murray, and 31% chose Smiley, a political newcomer.  Of those surveyed, 20% were undecided.

It is quite the change from a KING5/Survey USA poll in May which showed voters believed Murray should not seek another term.  The head-to-head option is another story.

"I think that bodes well for us in the future and moving forward," said Democratic Party Chair Tina Podlodowski about the poll result. She shrugged off any suggestion that this week's result in Virginia, where voters elected a Republican Governor in a state Biden won in 2020, is any sign for concern here. "Virginia is not Washington State. I think that our voters here really value the efforts that Patty Murray has put forth for everyone here in our state, regardless of party for the best opportunities in their lives."

Washington Republican Party Chair Caleb Heimlich sees it differently. "The fact that Patty Murray is at 49%, I think is a real opportunity. Tiffany Smiley's only been running for about five months. Most people watching this probably haven't heard much about her," he said. "She has run almost no ads, hardly been out there. She's been campaigning, she's been meeting with people individually."

He also believes the Virginia vote gives his party hope in left-leaning Washington State. "I think the way (Virginia's) Youngkin campaigned as a happy warrior, as an optimistic person looking to the future. I see a lot of similarities with Tiffany Smiley and her vision for the future of the country, her vision for the future of Washington State. Patty Murray's been there for 30 years. That's a long time. And I think as we go into a midterm election, where voters are ready for change, there's a real opportunity to elect a new mom in tennis shoes." 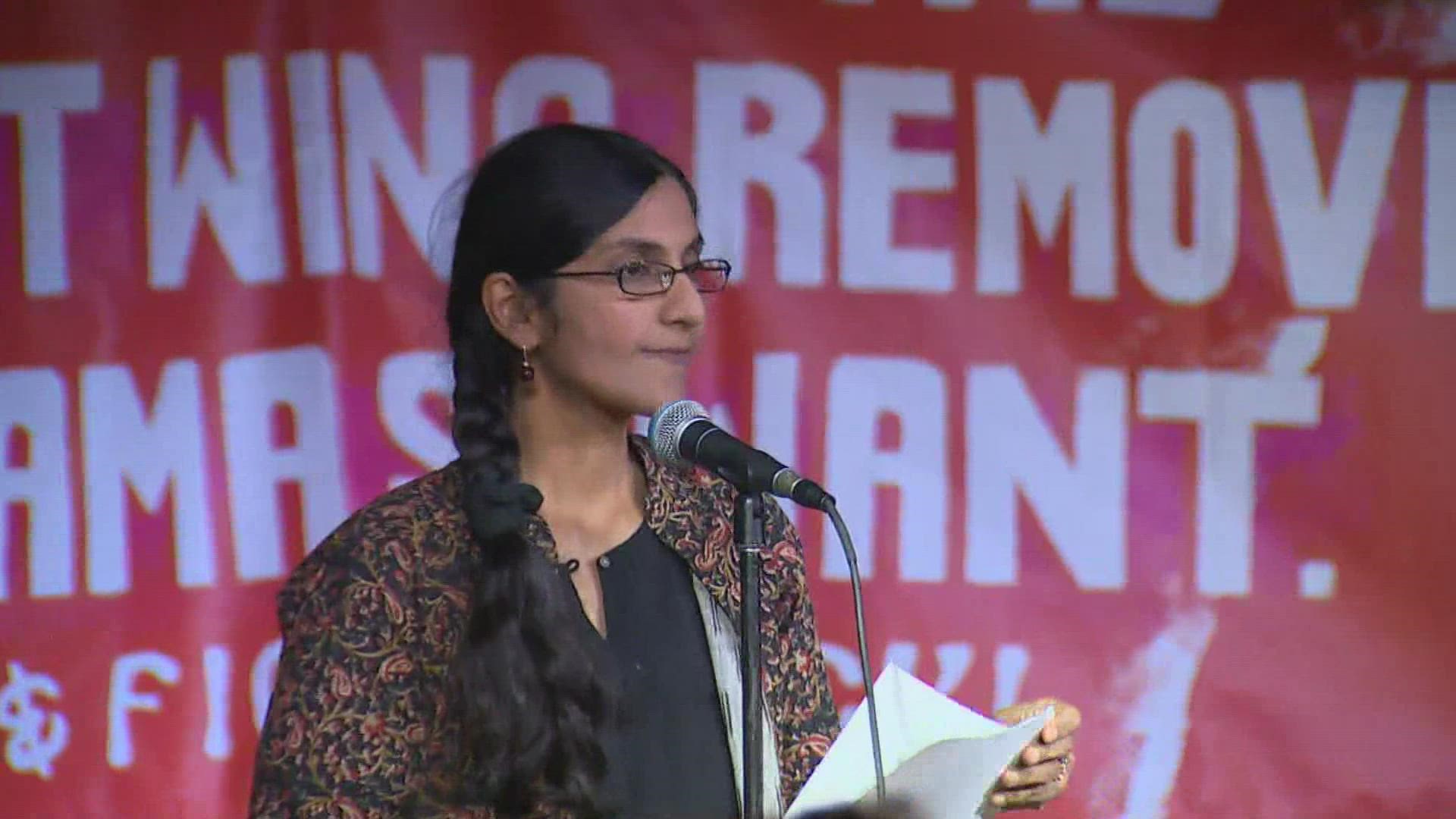