A lid on education levies would have meant schools could raise about $1 billion less per year. However, lawmakers passed a last-minute measure to raise the lid. 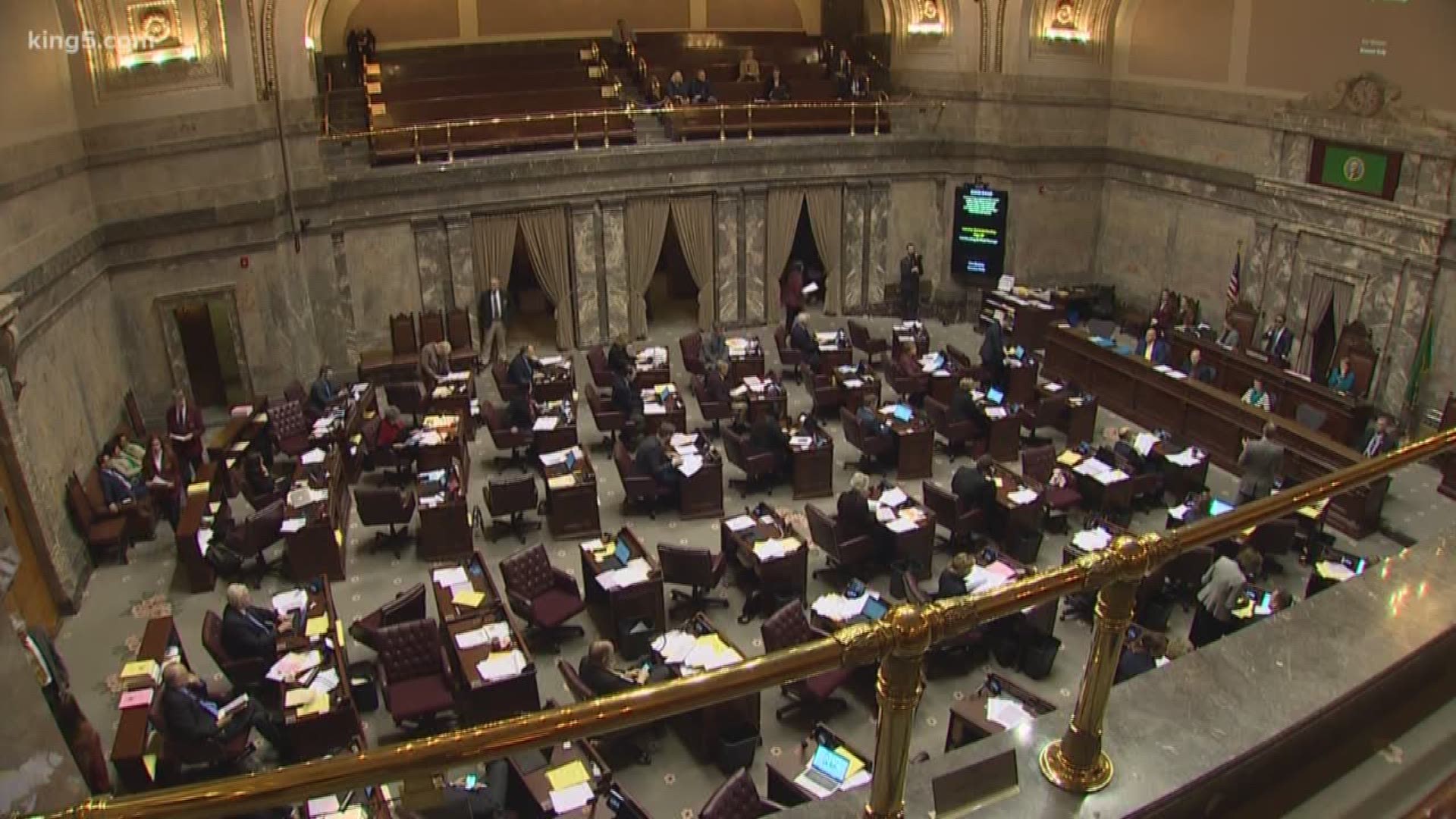 OLYMPIA, Wash. — Washington lawmakers reached a deal to lift the state's "levy lid" in a late vote Sunday, blunting a tightening of limits on voter-approved local taxes for schools that was set to take effect this year.

The district-specific tax measures — or levies — have long been used by schools to supplement state allowances for programs ranging from extracurricular activities to special education, but a state-dictated maximum had been set to decrease.

Legislators in the Senate voted 25-23 Sunday to avoid much of the decrease, following a lengthy back-and-forth over where exactly to set the limit and other details. It had earlier passed the House, part of a late-night set of budget deals in the last hours of the legislative session.

The state schools superintendent endorsed raising the limit, also known as the "levy lid," and school officials said it would help avert a funding crisis.

"I'm very pleased with the way the levy bill worked out," said Gov. Jay Inslee at a press conference after the Legislature adjourned for the year.

According to a nonpartisan legislative analysis, if the full decrease had been allowed to go into effect it would have meant schools statewide could raise about $1 billion less in 2019 than the year before.

Billed as a way for individual school districts to fill gaps in the state's funding model, which parcels out money from state budgets, the measure will allow districts to collect up to $2.50 for every thousand dollars in property value, up from $1.50. An alternative minimum would also be boosted for districts with over 40,000 students.

Raising the levy lid has been the subject of criticism from Republicans, including Senate Republican budget negotiator Sen. John Braun, of Centralia.

"This is very clearly going to lead to tax inequity, funding inequity, and I think that will very clearly lead to educational inequity around our state," Braun said.

But school districts from around the state have said raising the lid is necessary to avert a funding crisis, and local officials told legislators in the weeks leading up to the vote that their budgets were dependent on being able to float local taxes.

In remarks mirrored by officials from other school districts, Davis told a legislative committee earlier in the month that the levies fund programs that need resources beyond what the state provides.

"We hire double the number of counselors, social workers, nurses and psychologists than the state is funding," Davis said. "We have dual language immersion programs in ten of our schools."

Dave Mastin, a representative for the office of the state schools superintendent agreed. The state model "clearly" underfunded programs including school counselors, leaving the burden on schools to fill the gap, Mastin said at the same hearing.

After Sunday's vote, Jessica Vavrus, director of government relations for the Washington School Directors' Association, a group that represents school board members around the state, called the outcome a win for school districts.

"Local levies are the heartbeat of local control," Vavrus said.

The debate is the latest ramification of the state Supreme Court's 2012 McCleary ruling, which declared that the state was constitutionally required to cover the cost of basic education, but left ambiguous the question of whether schools could raise additional money themselves to cover expanded programs.

Schools for decades had periodically asked voters to approve property taxes beyond the state's regular 1 percent state limit, but over time the levies had grown, carrying more and more of schools' everyday operations.

The court called the imbalance unconstitutional, and in 2017 legislators shifted some of the funding burden back to the state by adding billions to education budgets. They approved a new limit on local levies the same year, shifting them from a flat 28 percent rate to a two-part formula that capped them based on either property values or student count, which began to take effect at the beginning of 2019.

With the passage of the lid lift, the thresholds in the two-part formula shifted upward.

Along with the lid lift, the bill also contained an audit provision, requiring school districts to submit detailed reports on how they had spent the funds they collected from local residents, to prove they were for eligible programs.