Washington leaders react to US withdrawal from Iran nuclear deal

Washington state leaders reacted to President Trump's decision to pull out of the landmark nuclear accord. 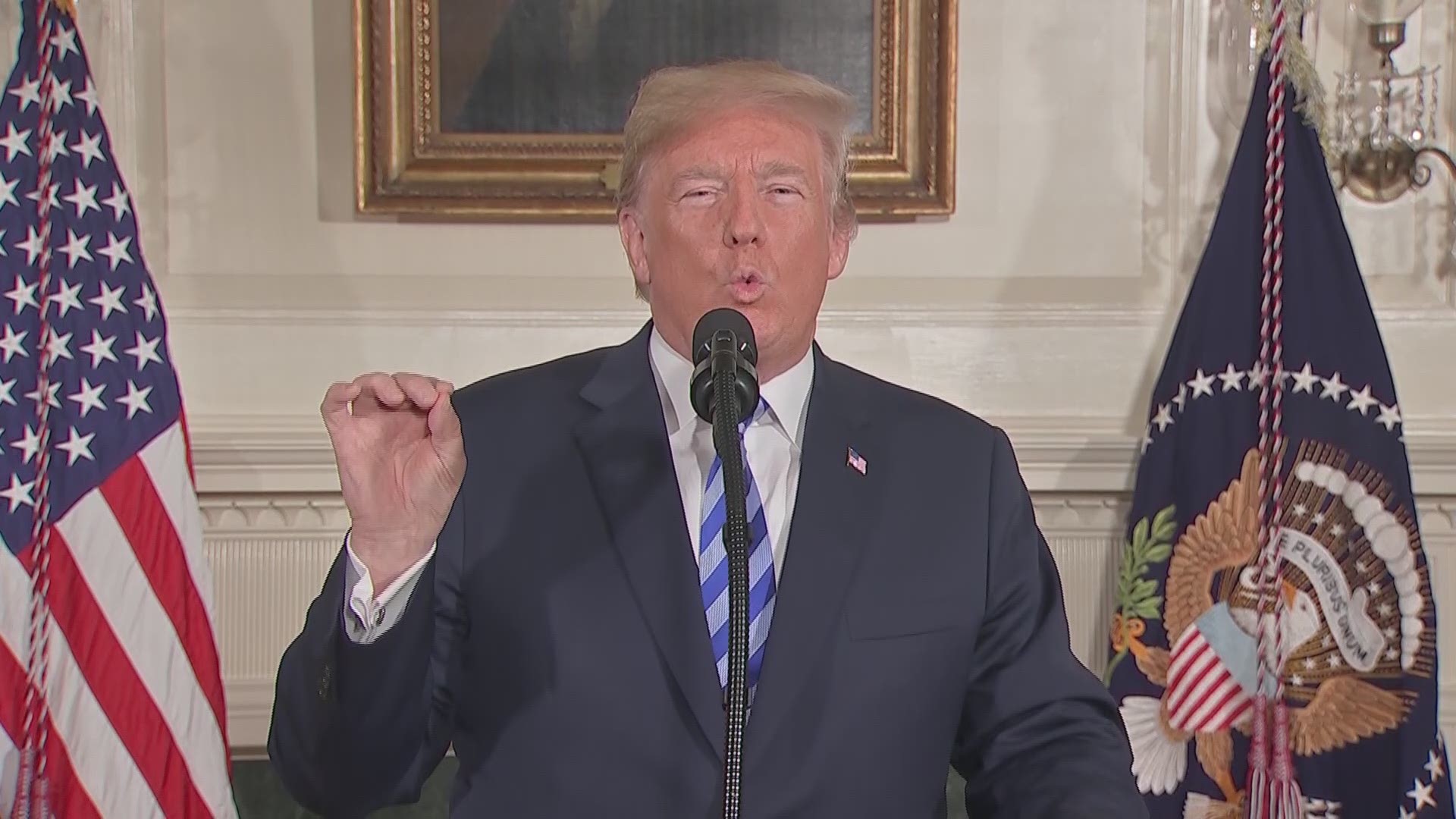 The agreement, struck in 2015 by the United States, other world powers and Iran, lifted most U.S. and international sanctions against the country. In return, Iran agreed to restrictions on its nuclear program making it impossible to produce a bomb, along with rigorous inspections.

“I oppose this latest reckless move by President Trump and strongly encourage him to reconsider. President Trump taking these steps to pull the United States out of this deal right now, without presenting any good evidence or rationale that Iran has violated it, moves us further from our goal of preventing Iran from developing a nuclear weapon, it erodes our nation’s ability to make new diplomatic agreements as we head into critical talks with North Korea, and it increases regional tension and moves us closer to armed conflict that should be avoided if at all possible.

“When I decided to support the deal in 2015, I laid out four clear principles that guided me. I said that first and foremost, Iran cannot be allowed to develop a nuclear weapon. Second, Iran cannot be trusted, and no deal should hinge on them holding up their end of the bargain based on their word or good faith alone. Third, a strong diplomatic solution is the best option. And fourth, the United States needs to keep all options on the table, including military options, if Iran decides to move toward a nuclear weapon or threatens us or our allies in any other way.

“I view our continued participation in the deal through the prism of these same four principles, and I continue to believe that this deal offers us the best path to safety and security for our country and our allies, and the best approach to preventing Iran from developing a nuclear weapon, all while giving the U.S. and its allies the ability to keep the pressure on Iran and respond appropriately to its dangerous actions. Holding this brutal regime accountable becomes much more difficult if Iran is racing toward the bomb instead of being constrained by the terms of the deal.

“If Iran has violated the terms of the deal, then President Trump should present the evidence. As I said in 2015 in support of this deal, I will be ready to join others in moving quickly on other options if Iran doesn’t hold up its end of the bargain. But I just haven’t seen any compelling evidence that this is the case, and in the absence of that, I strongly oppose President Trump beginning the process of pulling our nation out of this agreement.“

“Last month, Secretary Mattis said staying in the Iran Deal is in America’s national interest. I agree. The president’s decision to withdraw from the Iran Deal is bad for national security and bad for U.S. credibility. The deal was the product of intense negotiations among U.S. allies and rivals and forces Iran to give up much of its nuclear infrastructure and nuclear material.

“As part of the agreement, Iran must submit to intrusive inspections in return for relief for sanctions. The International Atomic Energy Agency, the organization tasked with verifying the deal, has certified that Iran is complying with the requirements.

“If a change in administration causes the United States to renege on a successful international agreement, why would any country pursue future negotiations with the U.S.?

“The president has the responsibility to lay out a realistic strategy if he wants to replace the Iran Deal. He cannot simply boast that he would have negotiated a better deal.”

“I’ve said all along that the ‘Iran Deal’ is flawed and it doesn’t adequately stop the Iranian regime, the leading state sponsor of terror, from obtaining or developing a nuclear weapon. The President is right--we need a better solution that ensures the safety and security of our nation and of our allies, including Israel. I support the President’s decision to put our interests first and protect America from this bad deal. This is an opportunity for the United States to continue our partnership with our European allies to truly hold Iran accountable for its destabilizing actions. Together, we must apply enhanced pressure on Iran with strong sanctions and robust inspections that will dismantle its extensive nuclear infrastructure.”

"I have disagreed with the Iran nuclear deal since the beginning. This deal gave Iran the benefit of the doubt, and Iran's criminal actions since the deal was signed prove that we must do better. As additional sanctions are put in place, we must continue to work with our allies to form an agreement that addresses not just Iran's nuclear capabilities, but all of their destabilizing activities that impact our security and the security of our allies. I agree that holding Iran accountable, in the near-term and the long-term, is non-negotiable. It is vital we work toward that goal."

“This decision will make us less safe by allowing Iran to quickly acquire a nuclear weapon, separating us from our allies, and fueling instability in the region. The JCPOA has so far been successful in preventing Iran from advancing toward the acquisition of nuclear weapons. It did not cover issues such as ballistic missiles or Iranian support for terrorism, but President Trump has offered no alternative that would do a better job at securing America’s vital security interest in preventing a nuclear-armed Iran while avoiding the possibility of an unnecessary and potentially catastrophic clash. Without question, this decision runs the risk of far greater conflict and in the short term, at a minimum, far greater destabilization of the Middle East.”

"The Iran nuclear agreement has successfully blocked Iran from developing or obtaining nuclear weapons. Not only does our violation of the agreement damage the credibility of the United States, but walking away will also make use less safe.

“If this deal falls apart, the consequences will be numerous. For example, Russia has 25,000 pounds of low-enriched uranium they received from Iran as part of the JCPOA implementation. This ensured that Iran no longer had the resources to manufacture a nuclear weapon. Without this agreement, we have no way to stop Russia from returning it to Iran who could use it to develop nuclear warheads, or Russia could use their possession of it to force us to make concessions in other foreign policy matters. This move will also hurt the politically moderate movement in Iran, and empower the hardliners who are against working with the West. They will point to today as a reason never to trust the United States as a serious negotiator.

“These are just some of the many dangers we now risk with no deal in place. This decision will create an increasingly unstable world. This Administration has let down our allies and put our safety in extreme jeopardy. Congress should act immediately to express our disapproval for this reckless move.

“The path to global peace and prosperity is not through isolationism.”

"When the JCPOA was first announced on July 14, 2015, AJC took three weeks to study the agreement, meet with a range of high-level American, European, and Middle Eastern officials, and engage in a thorough internal discussion. This was undertaken against a backdrop of nearly two decades of AJC’s focus on the growing Iran threat, and countless discussions from Beijing to Berlin, from Tokyo to Paris, from New Delhi to Brussels, from Washington to the UN, and well beyond.

"In the end, we concluded that we could not support the deal, as we feared its flaws – no binding provisions on ballistic missile development, no focus on Iran’s destabilizing regional behavior, weaknesses in the coverage of the inspections regime, and a dangerous sunset clause – would ultimately define it.

"Moreover, the fact that the deal was never submitted to the U.S. Senate and that not one Republican senator voiced support, coupled with weak public approval according to various national surveys, almost ensured that once Republicans came to power the JCPOA would be in danger.

"In addition, despite repeated Obama Administration predictions, which we ourselves heard more than once, that the JCPOA would moderate Iranian behavior and lead to greater focus on domestic growth and development, Tehran has expanded its regional aggression, repeatedly flexed its military muscle, continued its calls for Israel’s annihilation and “Death to America,” and flaunted its expanding missile program.

"And Israel’s remarkable intelligence coup in Iran further underscored the longstanding Iranian pattern of deceit, deception, and disinformation, and served as an additional warning to the international community about the true intentions of Iran’s leadership.

"President Donald J. Trump never hid his disdain for the JCPOA or his threat to withdraw the United States from it. But he also left open the possibility that, if our European allies, would be willing to address seriously the core weaknesses, then there was an alternative to “nixing” the deal. Regrettably, however, despite efforts on both sides of the Atlantic, full agreement on a path forward has to date eluded the Americans and Europeans.

"That is profoundly regrettable. Despite our many reservations, we had nonetheless hoped to see the deal “fixed,” not “nixed,” at this stage of the game.

"We can only hope that today’s action by the President, significant as it is, will not end the effort to find common ground. The last thing anyone should want is a wedge driven between the U.S. and our European partners, as Iran would inevitably become an unintended beneficiary. And given Iran’s current and future threats to regional and global security, that should be an outcome no one in the U.S. or Europe wants." 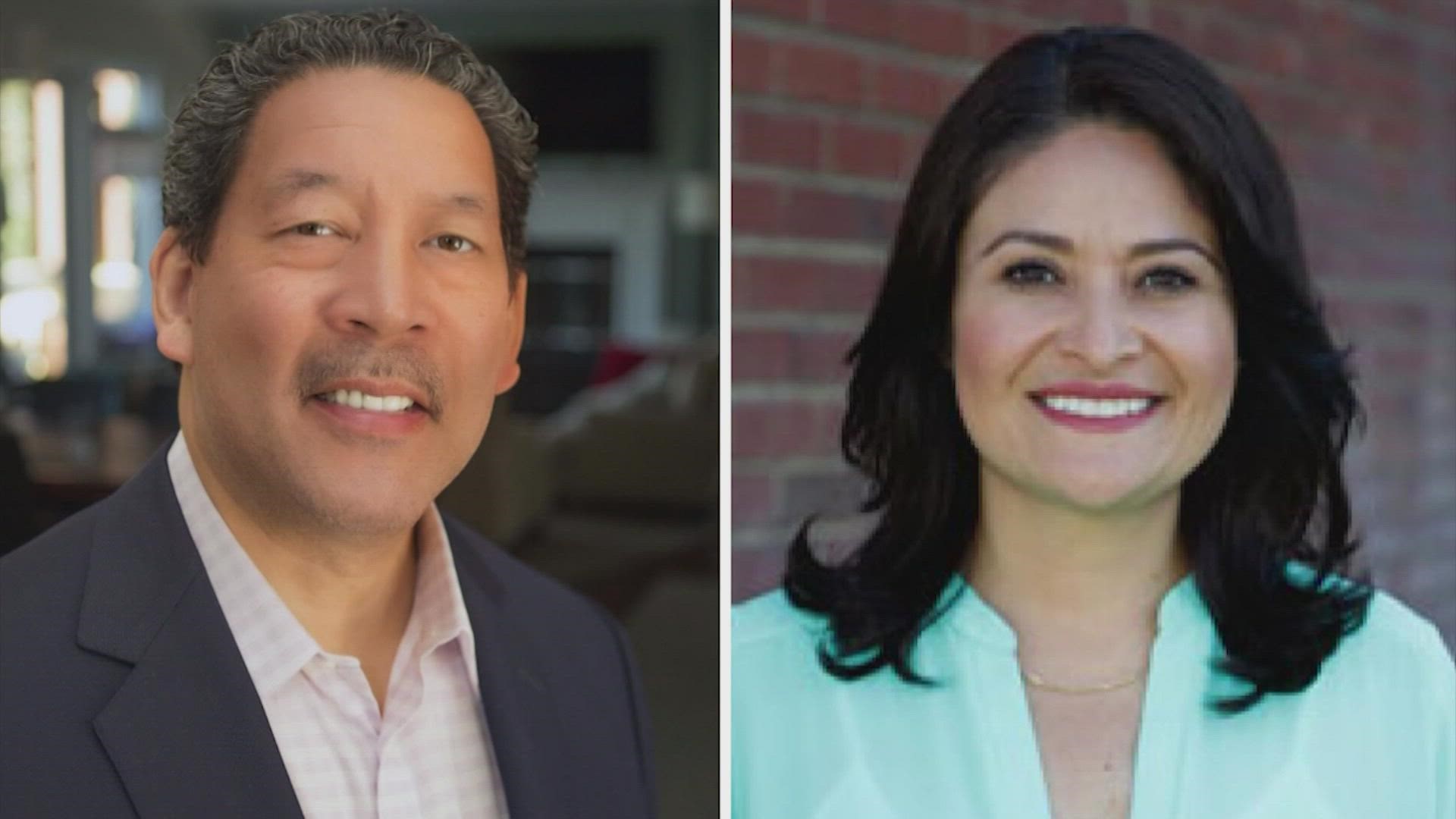