Seven Democratic U.S. representatives and both senators from Washington called for President Donald Trump to be removed from office. 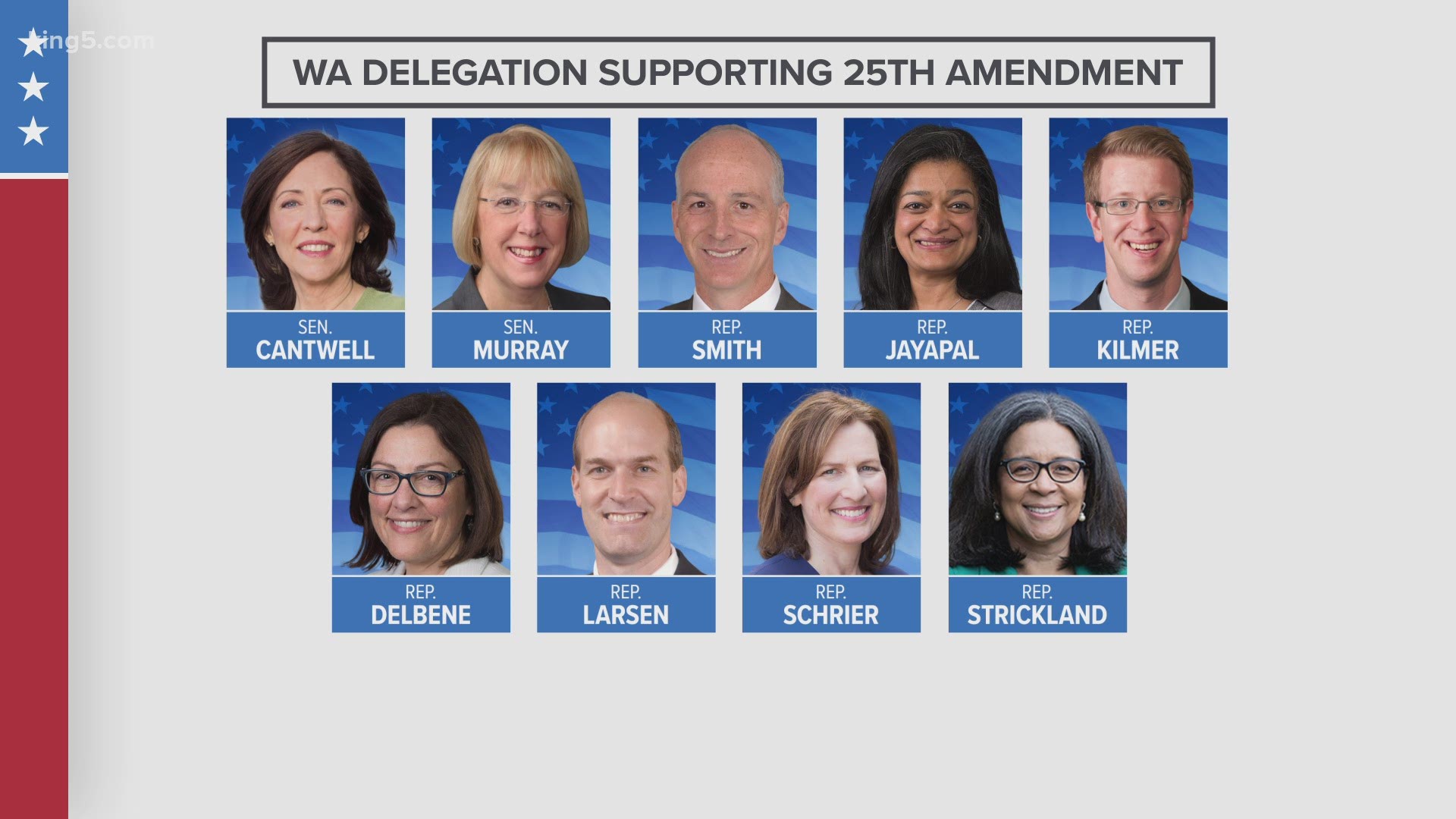 Nine federal lawmakers from Washington state and Gov. Jay Inslee – all Democrats – have called for the 25th Amendment to be invoked and for President Donald Trump to be removed from office in response to Wednesday's riot at the U.S. Capitol by the president's supporters.

“This president needs to be out of office. We do not know the damage he can do,” Jayapal said.

Inslee spoke Thursday morning during a preview of the legislative session hosted by The Associated Press. The Democrat called Trump the “cancer” at the heart of the insurrection at the nation's Capitol on Wednesday, and said he must be removed from office by any legal means necessary.

In a statement, Kilmer claimed Trump’s actions on Wednesday “incited violence” against Capitol buildings and our democracy.

Murray said in a statement that the only way to ensure Trump won’t cause “further harm” in the coming days is to remove him from office.

“The insurrectionists who stormed the Capitol today should be held fully accountable for their actions under the law. So should the President,” Murray said.

Even with just 13 days left in office, Strickland tweeted that Trump is "the most pressing threat to our national security and democracy."

As part of a list of Larsen’s votes around Trump’s impeachment and confirming the election, he bluntly tweeted, “Trump has lost it.”

Dozens of lawmakers in other states made similar calls for removal, including Senate Minority Leader Chuck Schumer and House Speaker Nancy Pelosi. The first Republican to call to invoke the 25th Amendment is Illinois Congressman Adam Kinzinger.

Marco Lowe, a professor of political science at Seattle University, said Thursday, “After yesterday’s assault on the Capitol by the president’s supporters, there are many asking ‘should this president still be in charge?"

“It is all uncharted territory this has never been used before,” Lowe continued,  referring to section four of the 25th Amendment.

Lisa Marshall Manheim, a professor with the University of Washington’s School of Law, said, “It is always very troubling to use a really dramatic tool like this to take someone out of office who’s been elected. That being said, the mechanism is in there for a reason, in case it needs to be used."

Despite the feelings of lawmakers and experts, the power to invoke the 25th Amendment against Trump lies within one person only: Vice President of the United States Mike Pence. 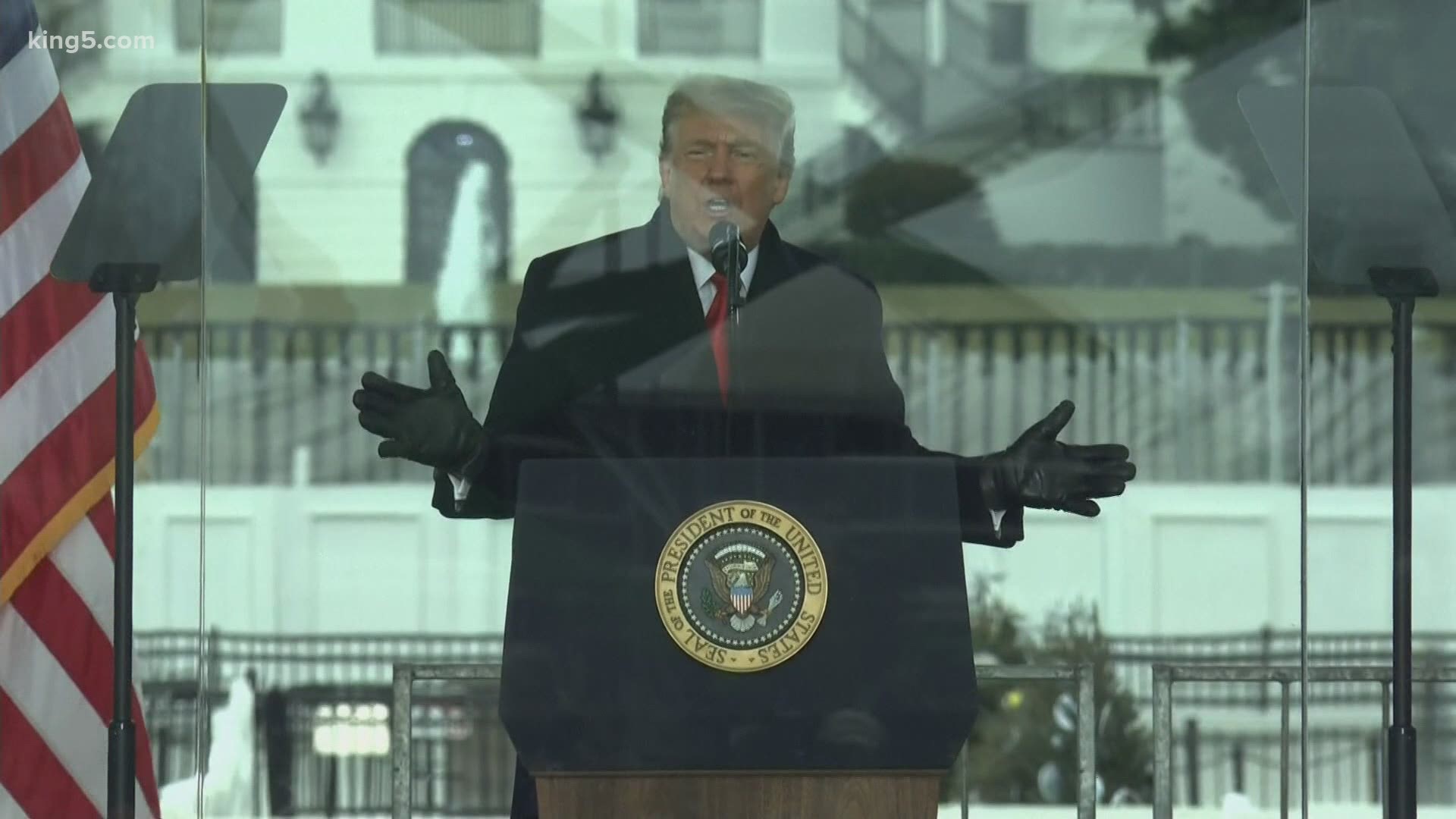