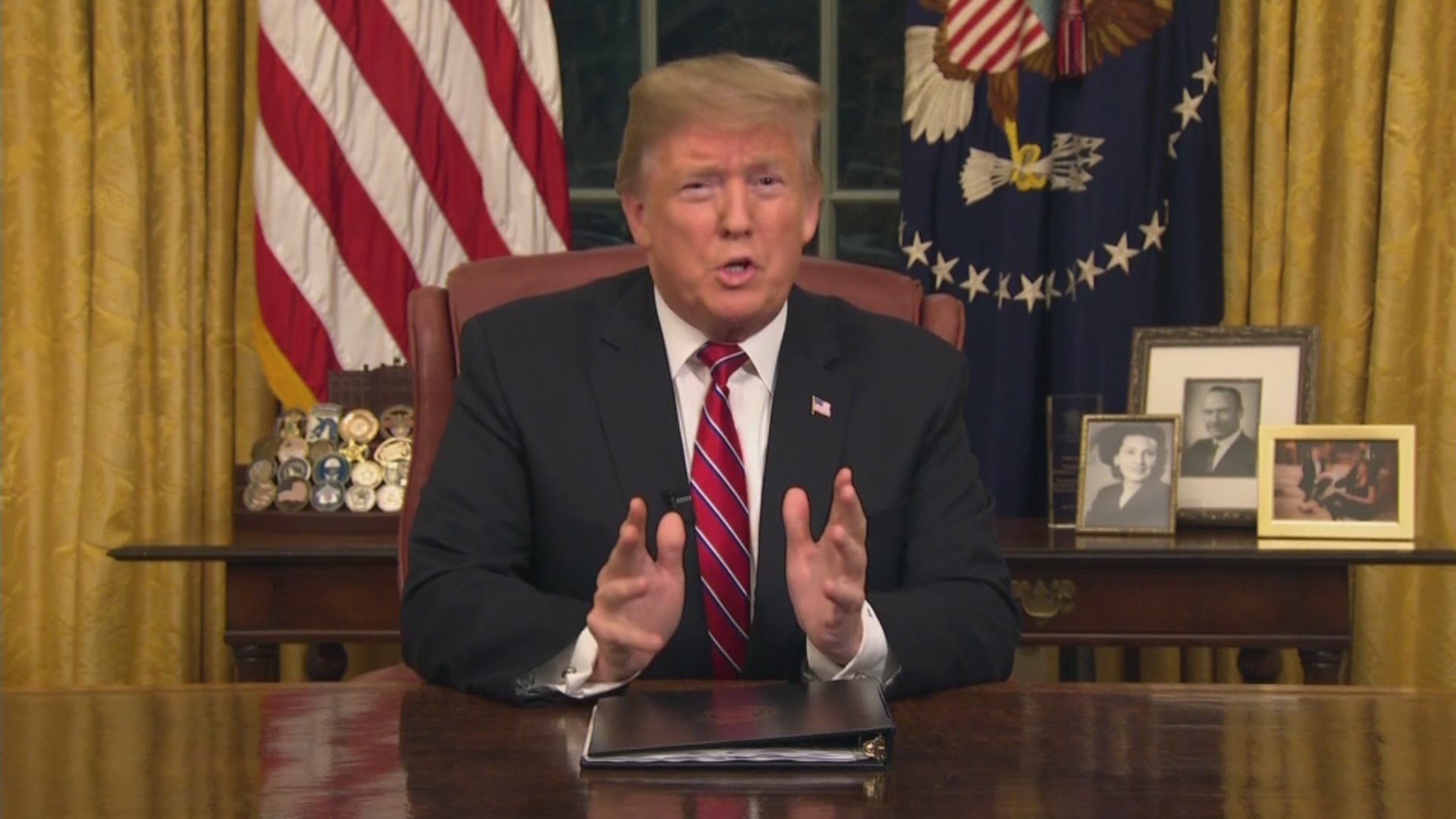 Lawmakers from across Washington state shared their thoughts on President Trump's primetime address to the nation around the government shutdown and border wall.

Addressing the nation from the Oval Office for the first time, Trump argued funding for a southern border wall amid an extended partial government shutdown.

Rep. Adam Smith, a Democrat in Washington's 9th District, is Chairman of the House Armed Services Committee. He tweeted Tuesday, "The President’s address tonight reaffirmed what we already know: The President continues to mislead and lie to the American people about immigration & border security to justify the #TrumpShutdown that is hurting families & communities across the country."

U.S. Senator Patty Murray (D-WA) released the following statement Tuesday night: “The only thing the American people learned tonight is that President Trump is willing to say and do anything in order to justify wasting American taxpayer dollars on his wasteful border wall, including endangering the livelihoods of hundreds of thousands of workers who have no idea when they’ll see their next paycheck. The Trump Shutdown, now in its 18th day, is reckless and wrong. I urge Senate Republican leaders to work with Democrats to act in the best interests of the families they represent by allowing a vote on the bipartisan funding bill that the Senate passed just three weeks ago, and demand President Trump stop wasting precious time and money by doubling down on a shallow campaign promise that everyone knows is not the answer to securing our southern border or making our country safe.”

Rep. Pramila Jayapal, who visited the U.S.-Mexico border last year, released a statement Tuesday that said in part, "It is time for the president to give up on his vanity wall fantasy and allow us to focus on what matters: ending this shutdown."

The Democrat in Washington's 7th District, Jayapal continued, "The American people are sick and tired of his border wall obsession. What they want is a stable economy, good healthcare, an end to a government shutdown that grows more harmful every day, and common sense reforms to our immigration system."

Larsen also live-tweeted his reaction to Trump's speech, starting with, "Fact: The situation at the border is a crisis of the president’s making. The administration’s actions speak louder than words."