An initiative that wants to stop new soda taxes in Washington state has gained support from over 1,000 groups. Opponents say it would take away options from cities and towns. 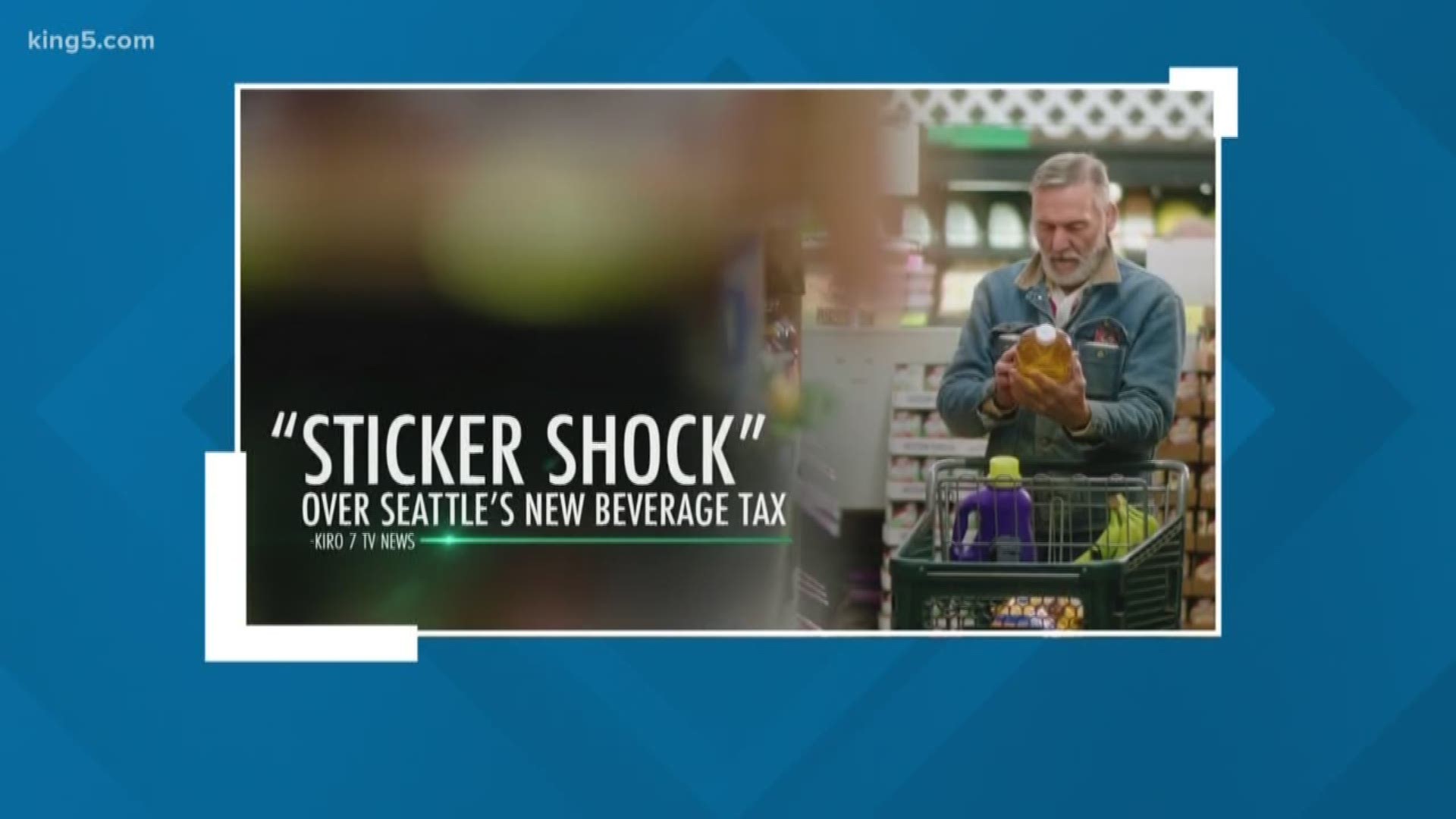 An effort to block future soda taxes from being implemented is underway in Washington state.

Initiative 1634, nicknamed "Yes! To Affordable Groceries," has already raised more than $8 million with major beverage companies such as Coca-Cola and PepsiCo at the top of the donor list.

In television ads that began running earlier this month, the campaign takes aim at Seattle’s tax on sugary drinks passed by City Council last year, warning other cities have looked at similar measures.

That’s true. Past reports show Tacoma has thought about a soda tax, Spokane discussed one as a way to solve police staffing challenges, and Federal Way also looked at one as a potential revenue source.

However, the I-1634 campaign acknowledges it’s not aware of a Washington city officially discussing plans to tax basic groceries, such as bread or eggs.

Washington law already exempts most grocery foods from retail tax, with exceptions such as prepared foods, soft drinks, and supplements.

“Here’s what I worry about,” said Kevin Roark of Bargain Giant in Spokane in one of the ads. “Washington state doesn't tax groceries, but a loophole says local governments can.”

The "loophole" the TV ad references actually refers to a part of Washington state law that gives cities the ability to impose a "privilege" tax on the distribution of certain items, like sweetened beverages in Seattle's case.

READ: Explanatory statement for I-1634

READ: Fiscal impact summary for I-1634

This new initiative would prevent other cities from doing the same.

If passed, the initiative would not repeal Seattle’s soda tax, since it was passed last year. The fee would remain in effect, but Seattle would not be able to adjust or increase the tax to account for inflation.

Overall the initiative's coalition includes more than 1,000 groups from Teamsters chapters to industry associations, such as the Washington Food Industry Association and the Washington Farm Bureau.

On the other side of this debate are groups including the American Heart Association, Childhood Obesity Prevention Coalition, and Seattle Healthy Kids Coalition.

A spokesman says an official “No” campaign plans to launch in early September.

A rebuttal in the voter’s pamphlet argues I-1634 is funded by the soda industry “to take away local choices from cities and towns.”

“This confusing measure reduces local options while increasing state control at a time when we are struggling to fund important community programs,” reads the opposition statement.