Police officers in Washington will be restricted from asking about immigration status except in limited circumstances under a new state law. 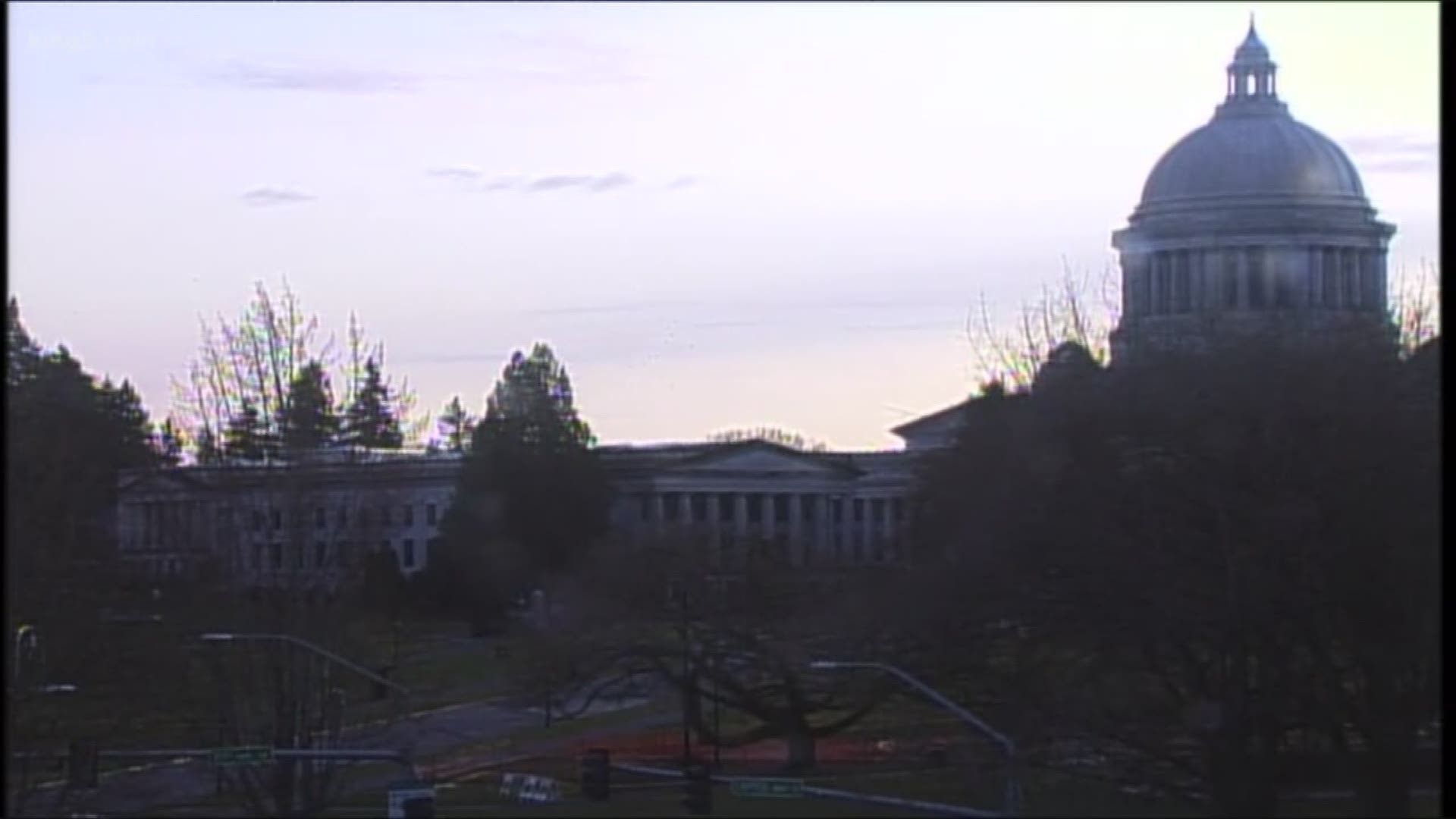 Editor’s note: The video above was originally published in March 2019 when the measure was moving through the Washington Legislature.

State and local authorities will now be restricted from asking about people's immigration status, adding to a West Coast wall of states with so-called sanctuary policies.

Gov. Jay Inslee signed a measure Tuesday implementing the new rules. They put Washington among only a handful of states, including California and Oregon, to have enacted statewide sanctuary policies and rank among the strongest statewide mandates in the nation.

Police officers in Washington won't be able to inquire about immigration status except in limited circumstances, and the state attorney general will draw up rules for courthouses, hospitals and other state government facilities aimed at limiting their use as places where federal immigration agents look for people in the country illegally.

"Our state agencies are not immigration enforcement agencies," said Inslee, a Democrat who is also running for president. "We will not be complicit in the Trump administration's depraved efforts to break up hard-working immigrant and refugee families."

A 2017 executive order from Inslee imposed similar requirements but only on state agencies, a move advocates said fell short. Tuesday's bill expands the rules to include all local law enforcement.

That's significant because most police interactions tend to occur at the city and county level, rather than with state troopers, and because local police have long been targets for cooperation requests from federal immigration authorities, generating the majority of deportations, said Lena Graber, an attorney with the Immigrant Legal Resource Center, a national non-profit that tracks sanctuary policies.

Tuesday's bill, Graber said, gives Washington, "the strongest and most comprehensive state law on sanctuary in the country."

Under the bill, local law enforcement agencies are broadly prohibited from asking about immigration status or place of birth unless directly connected to a criminal investigation, and both local jails and state prisons are prohibited from complying with voluntary "immigration holds" requested by federal authorities, or from notifying federal authorities when an immigrant is about to be released from their custody.

Local and state authorities are also broadly prohibited from sharing immigration information about people in custody with immigration authorities, except under a valid court order or where required by law.

Oregon was the first state to adopt a statewide sanctuary policy, in 1987, a straightforward restriction on police spending any resources - including paid staff time - going after people who are in the country illegally but haven't committed other crimes.

California passed more robust protections in 2017, including yearly reporting requirements and a rule that authorities must get written consent from people they arrest before allowing them to be interviewed by immigration officers.

Jorge Baron, head of the Seattle-based Northwest Immigrants' Rights Project, said he thought the bill would increase public safety generally by creating a sense of certainty that contacting police to report a crime or come forward as a witness won't result in an immigration investigation.

But Republican state Sen. Phil Fortunato, who voted against the law when it was before the Legislature, said he thought the bill would hamper the ability of police to take action against subjects they suspect to be illegal immigrants.

"This not only puts law enforcement at risk, it puts private citizens at risk," Fortunato said.

The bill's sponsor, Democratic Sen. Lisa Wellman, pointed to pragmatic concerns over sectors of the labor market that rely on immigrants — including the agriculture, hospitality and high-tech sectors.

"We have 30% of Microsoft here on visas," Wellman said before a public hearing for the bill in the state Legislature earlier this year. At the same time, she added, "You can't open a hotel if you don't have immigrants in back-of-house."

Wellman also said she felt a deeper unease as a daughter of Jewish immigrants over shifting rhetoric on the topic at the national level.

Immigrants, Wellman said, shouldn't have to worry that police might demand "papers" at any moment.