A group opposed to the initiative says it would threaten funding for the North Spokane Corridor, pothole maintenance and the Spokane Transit Authority. 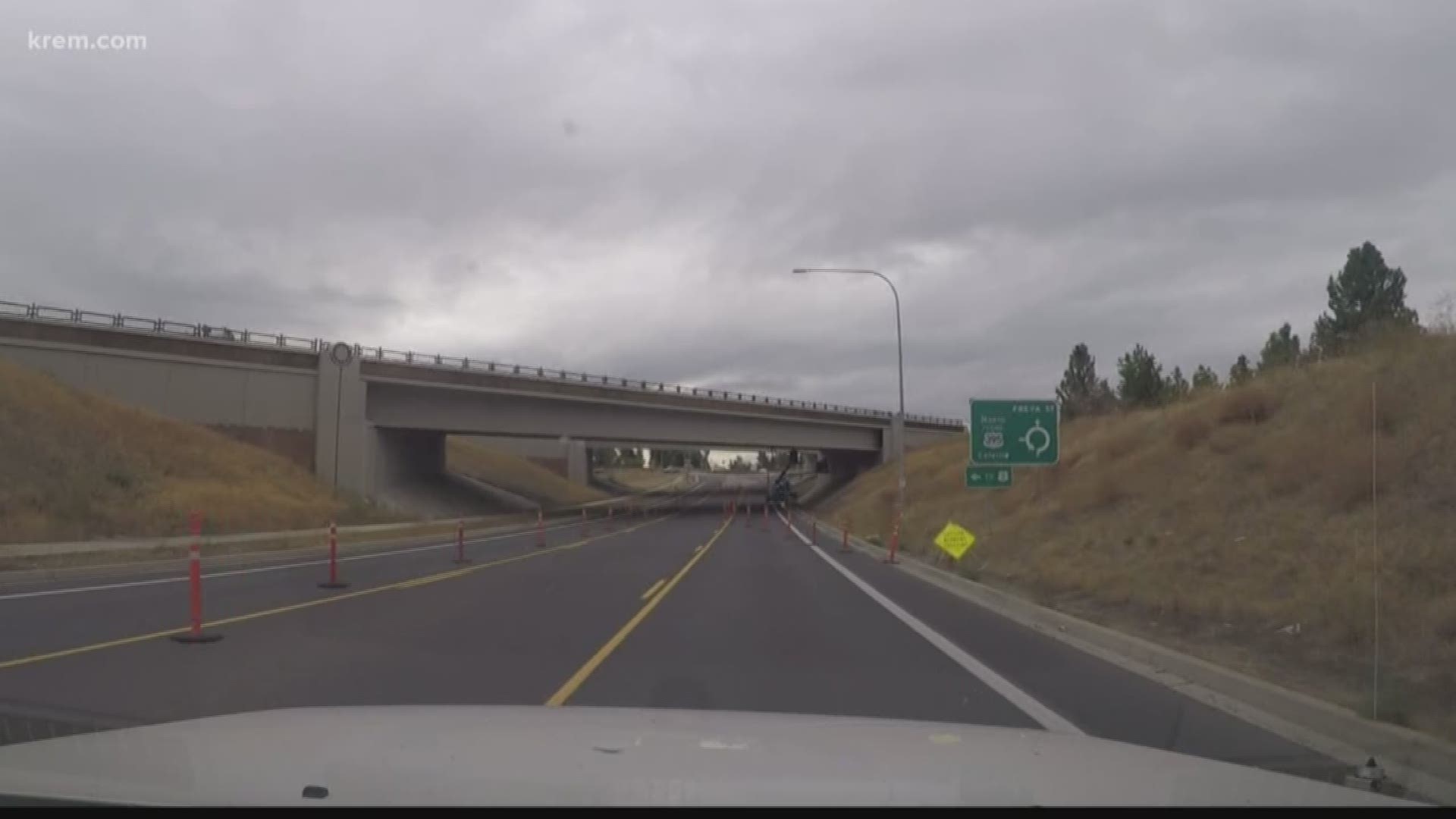 SPOKANE, Wash. — State and local leaders are asking voters to say no to Initiative 976, adding that it would put more than $25 billion in critical transportation funding at risk.

Washington Senate Majority Leader Andy Billig was joined on Monday by a coalition of Spokane leaders, businesses and organizations advocating against the initiative on Freya Street.

Initiative 976 received enough signatures to appear on the November ballot. It would give voters another chance to cap the fees.

Washington voters approved the $30 cap in 1999 and 2002. The initiative by anti-tax crusader Tim Eyman follows the sticker shock many drivers felt after voters raised the fees to pay for public transportation projects in 2016.

Eyman has been charged with misdemeanor theft for allegedly stealing a chair from an Office Depot in Lacey. He has also been going through bankruptcy.

RELATED: Proposal would cut car-tab fees in half for Washington drivers

Eyman said that funding for transportation projects won't be affected due to the state having a $3.5 billion tax surplus.

"A $3.5 billion tax surplus is more than enough money to backfill any effected program, but the whole reason the initiative even exists is because the voters have twice voted for these $30 tabs that place a flat, fair and reasonable $30 to license your vehicle," he said. "You're already paying a huge sales tax when you buy it, big gas tax when you drive it, they should't be able to gouge you with an outrageously expensive car tab tax."

He encouraged voters to visit his website for the initiative.

In March, the state Department of Licensing admitted that hundreds of people were overcharged when they renewed license plate tags.

The No on I-976 group says the initiative would reduce city-level maintenance projects, threaten voter-approved regional transit investments and cut funding for the state’s bipartisan transportation package.

Billig said on Monday that the initiative would threaten funding for the North Spokane Corridor, pothole maintenance and the Spokane Transit Authority.

The No on I-976 website expands upon the at-risk projects, including Spokane Transit’s Monroe-Regal line, vanpool improvements and the Spokane Tribe of Indians’ Moccasin Express.

"Transportation is the largest source of greenhouse gas emissions in Washington state,” said Fuse Washington Program Director Jim Dawson on Monday. “I-976 would cut millions from the Multimodal Transportation Account, which helps people get out of their cars by funding important alternatives, like buses, rail, bike and pedestrian projects. I-976 is bad for public transportation and for our environment."

The initiative would also cut direct services for veterans, children, senior citizens and people with disabilities in Spokane, and funding for the Washington State Patrol, according to the opposition group.

The No on I-976 website also outlines areas that would lose funding in King and Pierce Counties, located in western Washington.

“Our state already has 160 bridges that are identified as being in poor condition and a threat to public safety. Even smaller road projects, like potholes, contribute to dangerous driving conditions. Cuts to mass transit options will only put more people on the road, making congestion worse and causing further damage to roadway,” the group wrote on its website.

The coalition of business, labor, civic, environmental and transit organizations are traveling throughout the state next week to advocate against the initiative.

RELATED: Verify: Breaking down the fees for car tab renewals in Wash.