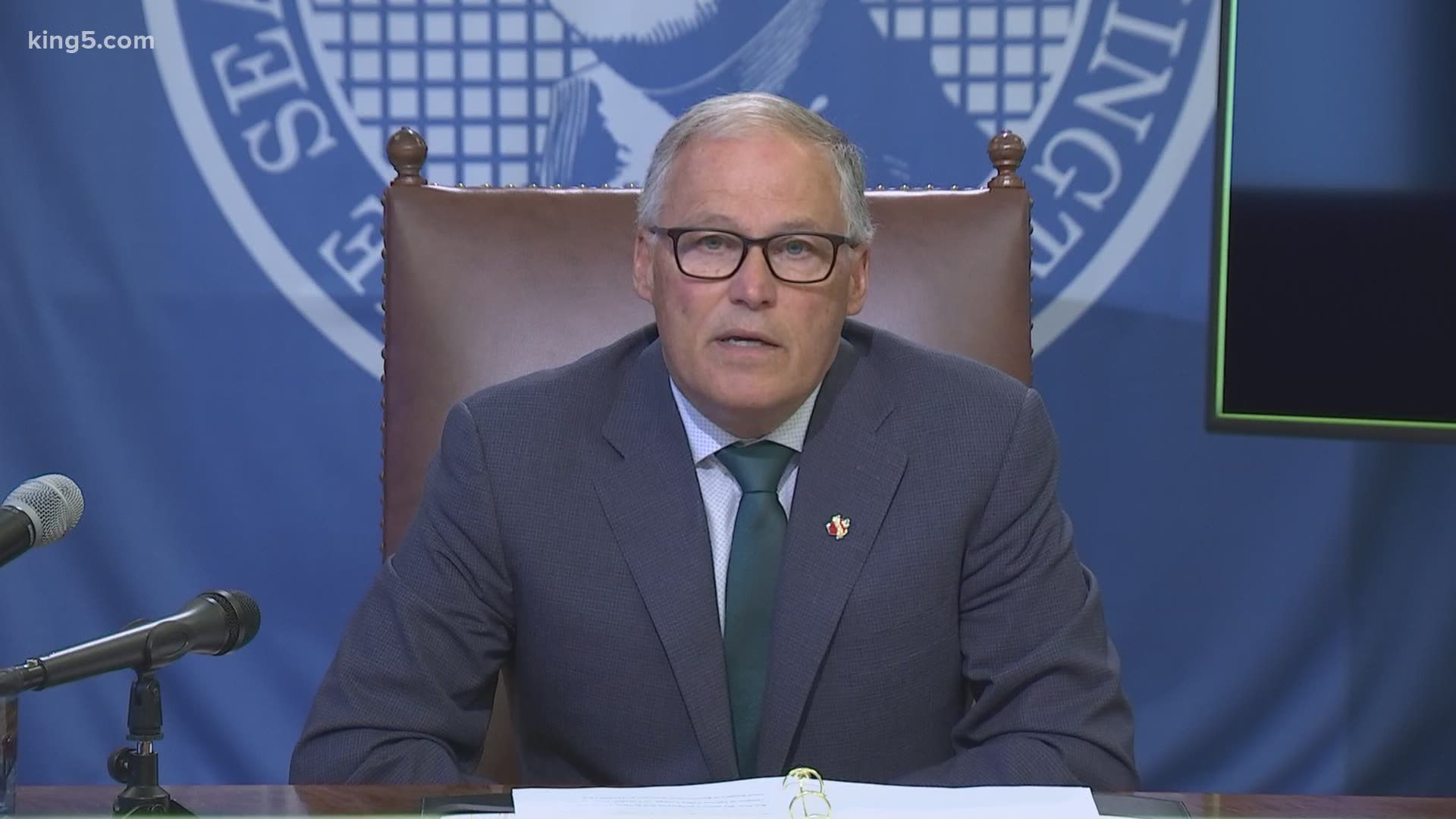 OLYMPIA, Wash. — The state budget passed by Washington state lawmakers in March had a $4.5 billion hole blown through it Wednesday.

The State’s Economic and Revenue Forecast Council predicted the current 2019-2021 budget will fall short of needed revenues by an estimated $4.5 billion. The 2021-2023 budget is predicted to be $4.3 billion below what was estimated in February.

“We have some tough decisions coming up,” said Washington Gov. Jay Inslee.

Inslee said relying on cuts would result in “huge damage” to those who rely on state services.

The governor said the budget cuts made during the Great Recession, during Gov. Chris Gregoire’s second term a decade ago, are still being felt in the state.

“As we look forward I hope that we heed the lessons of the last recession, which we are still under the shadow of in mental health and the like,” said Inslee.

However, Inslee said he wants to see what federal aid might help the state deal with the deficits before commenting on any new tax proposals that would off-set cuts.

State Rep. Frank Chopp, D-Seattle, has proposed creating a capital gains tax and a tax on businesses to handle the deficit blamed on the COVID-19 pandemic.

Senate Budget Committee Chair Christine Rolfes, D-Bainbridge Island, said all options are on the table for lawmakers to balance the budget.

“The goal is to do no harm, but we cannot recover the economy until we have the virus under control, and that requires spending money,” said Rolfes.

But Republican Sen. John Braun said the budget can be balanced without relying on new taxes.

”I don't buy the idea that we need to go take additional revenue from a business sector in the economy that, frankly, is pretty fragile right now,” said Braun, R-Lewis County.

Braun is calling for a special session to make cuts in state spending immediately.

Rolfes said an announcement on a special session could come next week.