Current law only allows liquor sales in stores that are at least 10,000 square feet. Small businesses say that they are unable to compete with giants like Costco. 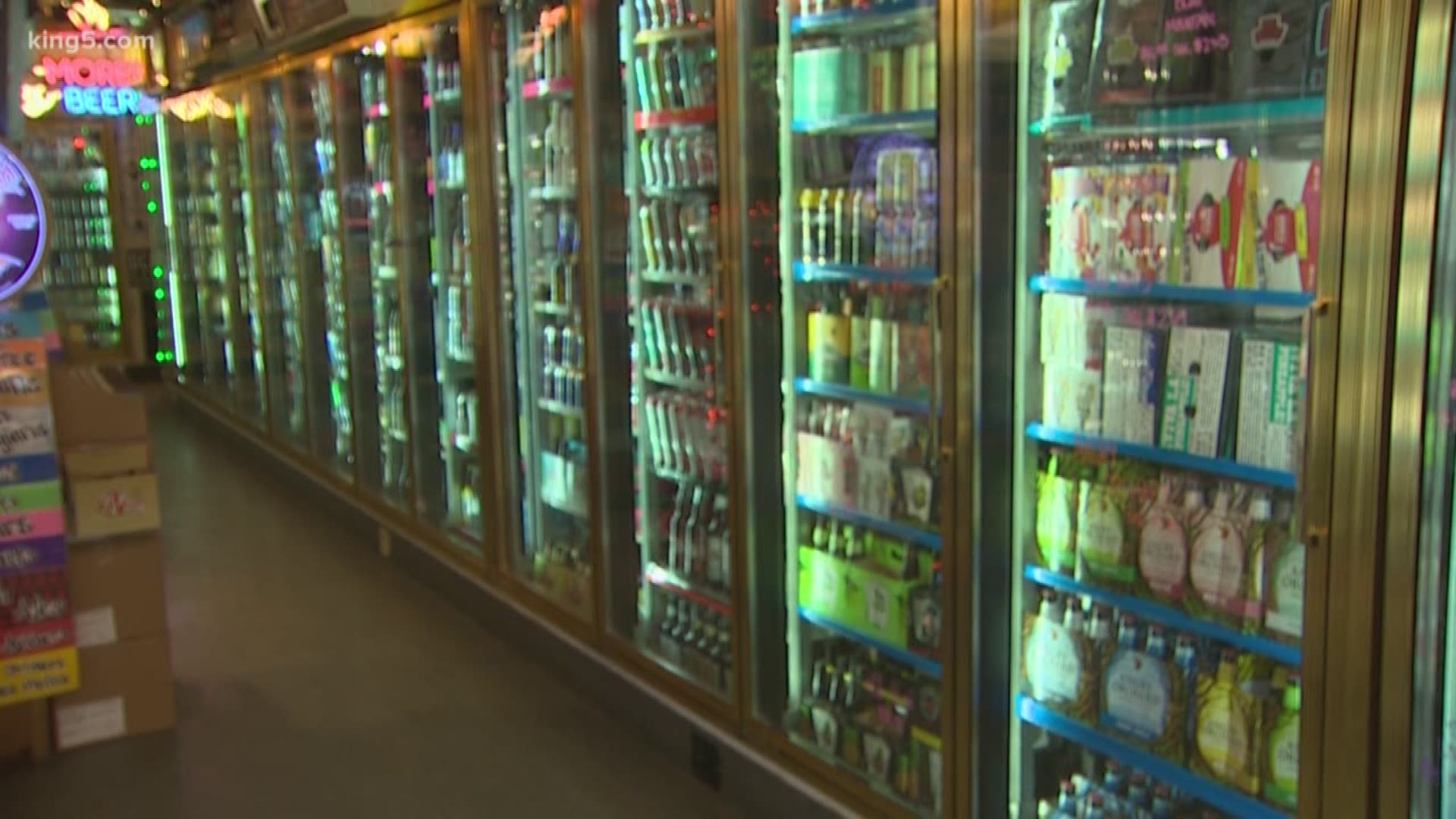 LAKE STEVENS, Wash — Update: As of Wednesday, Feb. 12, the bill was killed on the legislative floor. It could be picked up next year.

Shoppers can get nearly anything they need at Norm’s Market in Lake Stevens. There are even over 1,500 different types of beers, according to owner Shane McDaniel.

However, you can’t buy hard alcohol at the store.

This has to do with Washington law that requires a store to be at least 10,000 square feet in order to sell hard liquor. Norm's is only about 4,000 square feet.

In 2011, Washington privatized the sale of spirits and closed its state-run liquor stores. The move was backed by Costco, which has profited handsomely.

With very few exceptions, the only place a Washingtonian can buy booze to take home is in a supermarket or big box store.

The 10,000 square foot rule is deemed arbitrary by many in the liquor industry and aimed at killing competition against the Costcos of the world.

McDaniel said in order to keep up with his competitors, he'd have to spend close to $1 million to expand.

He argues that the way the current system is set up, he can’t compete locally. He said he doesn’t know how many small stores have been run out of business given the current model.

RELATED: Retiring liquor chair on privatization: 'Dumbest thing we ever did'

"I appreciate the effort that got the state out of the liquor business but they need to correct this and level the playing field for the small guy."

That "correction" could come in the form of House Bill 2204 that would allow the sale of liquor in stores smaller than 10,000 square feet if they already sell beer and wine.

To be eligible to sell hard liquor under the new bill, stores need to demonstrate a track record of three years of compliance, show that they could store the product securely to prevent theft and enhance training to employees to prevent the sale to those who are underage.

Opponents worry about shoplifting and allowing even more access to underage drinkers.

The bill includes a 5% fee on the wine and spirits distributors, part of which would provide funding for substance abuse treatment and prevention.

Municipalities would also be allowed to "opt-out" through a vote of their city councils.

McDaniel simply hopes small businesses like his can continue to survive while competing against the big boys.

"Without some kind of help, pretty soon everything is gonna be Costco or Walmart," he said. "You can't be a mom and pop and compete in the market. They're gonna go to your competitor where you can buy everything."

RELATED: Private liquor sales in Washington: Are we better off?