Federal law requires an individual to be 21 to purchase a handgun, since the Gun Control Act of 1968. However, rifles and shotguns can be purchased at age 18, unless state law mandates otherwise. 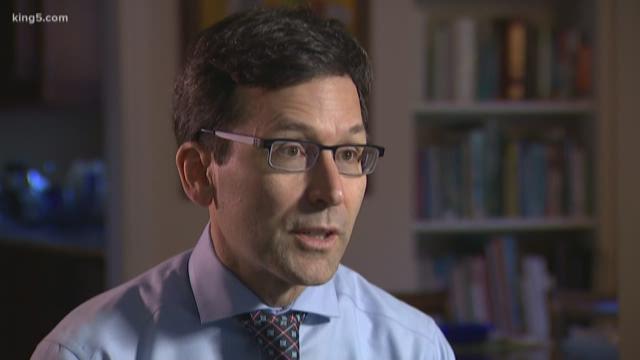 Washington state Attorney General Bob Ferguson hinted that a citizen initiative could be on the horizon after the state legislature failed to pass legislation that would have enhanced background checks for assault weapons, as well as increased the age of purchase for them.

Federal law requires an individual to be 21 to purchase a handgun, since the Gun Control Act of 1968. However, rifles and shotguns can be purchased at age 18, unless state law mandates otherwise.

Washington state legislation that would have raised the age of purchase of semi-automatic rifles to 21, as well as required the same state background check that’s currently required for handguns, stalled in the Democratic-controlled legislature this past session. It failed despite renewed debate following the tragedy in Parkland, Florida.

“It’s not right what’s going on, it’s just not, and I take no joy in criticism of people I respect in state legislature, but they just need to do a better job,” Ferguson told KING 5. He said he’s talking to individuals about the possibility of a ballot measure later this year.

“I just think there’s a lot of momentum. A lot of folks are interested. It takes a lot of work to get something on the ballot, but I’d be surprised if there wasn’t a serious attempt made to put some combination of those proposals on the ballot because the legislature simply won’t do it," he added.

From Washington state to Washington D.C., the politics around gun safety remains complicated and highly polarized with impassioned activists on both sides.

While the larger gun safety and school safety bill died in Olympia this year, funding was approved to form a special school safety task force to develop strategies to identify and intervene against potential threats or perpetrators.

The Attorney General’s office will be involved, along with the Office of Superintendent of Public Instruction, victims of mass shootings, law enforcement, the ACLU and others.

“I think we can have a more comprehensive approach on giving more clear guidance for students and other folks, or parents to notify law enforcement,” Ferguson said on the issue of reporting tips.

While numerous red flags were reported but not acted on in the case of Parkland, Florida, the system did work properly in the case of an Everett, Washington student whose grandmother reported him to law enforcement after finding credible threats in his journal.

“There’s no one solution to this huge problem,” said Ferguson of preventing future school massacres.

But, it’s a conversation that’s happening nationwide and across individual states, as thousands of schools and students demand action.

Ferguson said his counterparts around the country are currently comparing notes about what laws are working or not working in their respective states.

Washington leaders want to remind citizens that the recently passed Extreme Risk Protection Order initiative, currently on the books, could help prevent future tragedies. That measures allows law enforcement or family members to petition a court to temporarily block an individual’s access to firearms if there’s evidence a loved one might be a harm to themselves or others.