This means people with mail-in ballots still only have one drop-off location in the county they live in. 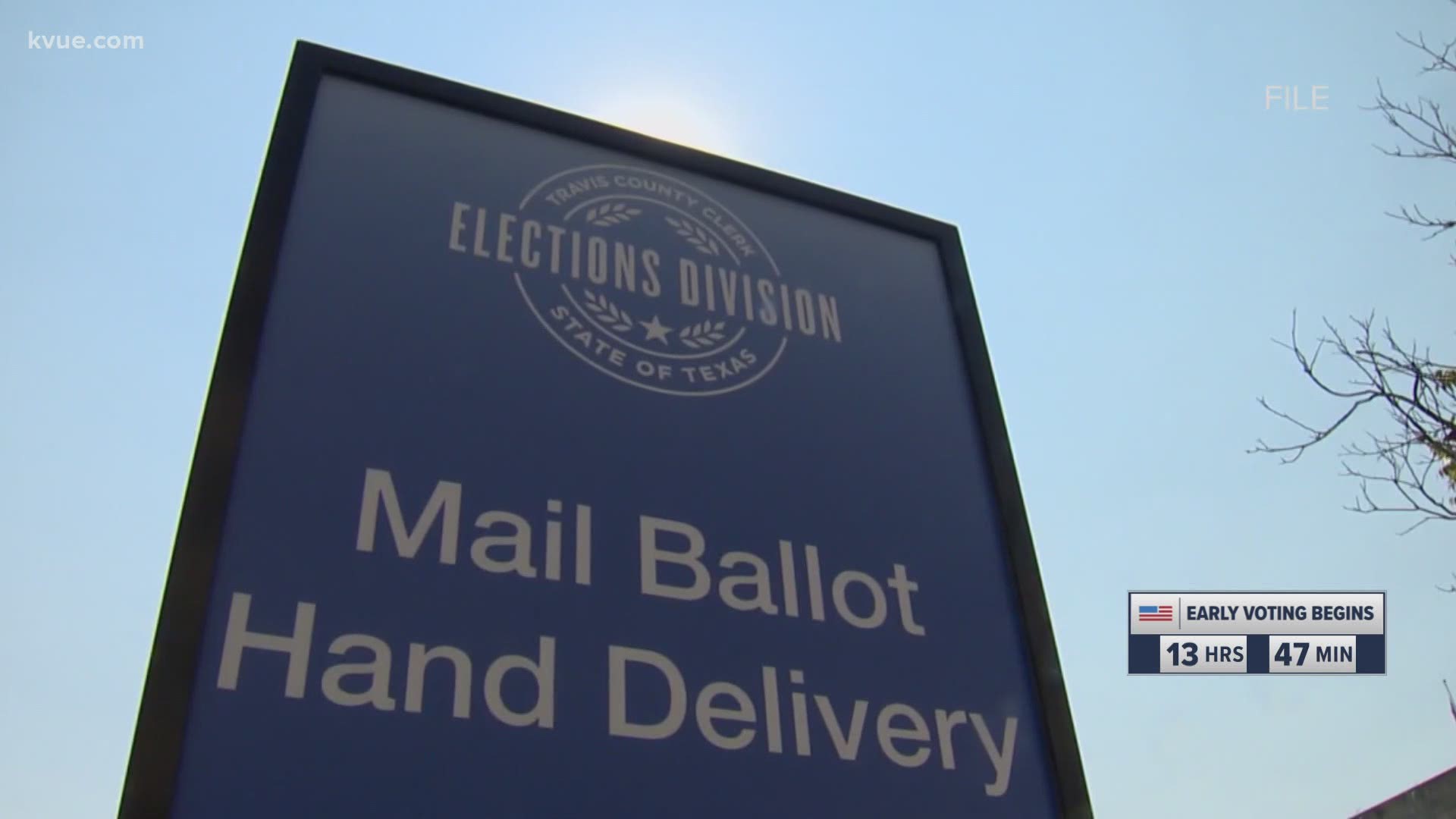 AUSTIN, Texas — A federal appeals court upheld Gov. Greg Abbott's order limiting counties to one drop-off location Monday night, according to KVUE's media partners at the Austin American-Statesman. This means people with mail-in ballots still only have one drop-off location in their county.

The three judges reportedly ruled the Texas governor did not suppress voter rights but instead expanded them because he's now allowing drop-offs before Election Day.

The governor tweeted after the ruling, writing in part, "Critics were clearly clueless about the legality of my action and simply voiced prejudicial political opinions."

The Federal Court of Appeals upholds my proclamation about mail-in ballots saying that it actually expanded access to voting by allowing drop-offs before election day.

Critics were clearly clueless about the legality of my action & simply voiced prejudicial political opinions. https://t.co/zKMX4CpBrg

How to find early voting locations in Austin and Central Texas