Tighter gun laws up for debate in Olympia

There are several gun regulation bills being considered this session, but among the most contested are five bills in the Senate that would ban high capacity magazines, among other things. 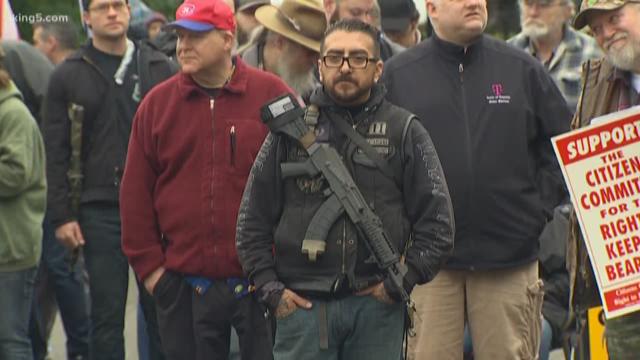 One of the most contentious hearings in the current Legislative session is happening Monday morning with a series of gun law proposals up for debate in Olympia.

There are several gun regulation bills being considered this session, but among the most contested are five bills in the Senate that would ban high capacity magazines, among other things.

• SB 5444 and companion bill in the House 1387 would require a state license to own, sell, buy or manufacture an assault weapon with a large capacity magazine.

• SB 5463 and companion bill in the House 1122 would require a firearms seller to sell or give the buyer a locked storage box, and mandates that a person who leaves a firearm unlocked or accessible to someone not intended to use the weapon is guilty of community endangerment.

• SB 5992 would ban any trigger modification devices that increase a weapon’s rate of fire like bump stocks.

• SB 6146 and companion bill in the House 2666 would allow local governments — cities and counties — to determine their own gun regulation laws.

State Senator Jamie Pedersen, D-Seattle, expected both of those bills to be ready for the governor’s signature by the end of the month.

Gun owners and 2nd amendment rights activists have made their voices heard last week at a large, organized rally on the steps of the Washington state Capitol. 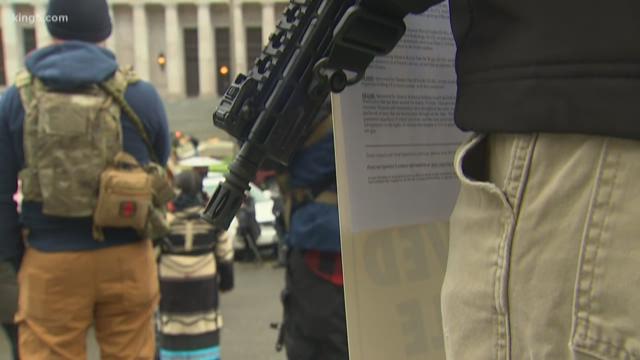 During the speeches, Shana Veillette from Puyallup helped fellow gun owners identify who represents them in Olympia. She’s testified against gun-related bills before but said this year is especially concerning.

“Because the Democratic party is running our state now,” said Veillette, who said lawmakers are threatening her right to bear arms.

“We have freedoms,” Veillette said. “Our forefathers put that in place for a reason.”

Pedersen said the bills related to 'bump stocks' and high capacity magazines have bipartisan support. He is also sponsoring a bill that would hold gun owners liable if a gun is not secured around children or the mentally ill.

He did not expect a proposed ban on assault weapons to get a hearing in the Senate, an issue of concern raised at the rally.

Pedersen said gun laws would likely pass this session, but not only because Democrats hold the power. He said voters have recently given lawmakers “marching orders” to pass new gun laws, noting that voters recently passed two initiatives dealing with guns.

“How do we balance that very real, constitutional right with a public safety crisis that we have with gun violence?” said Pedersen.