The Washington State Supreme Court overturned a decision by a lower court judge to toss out more than 300,000 signatures in support of a gun safety initiative. 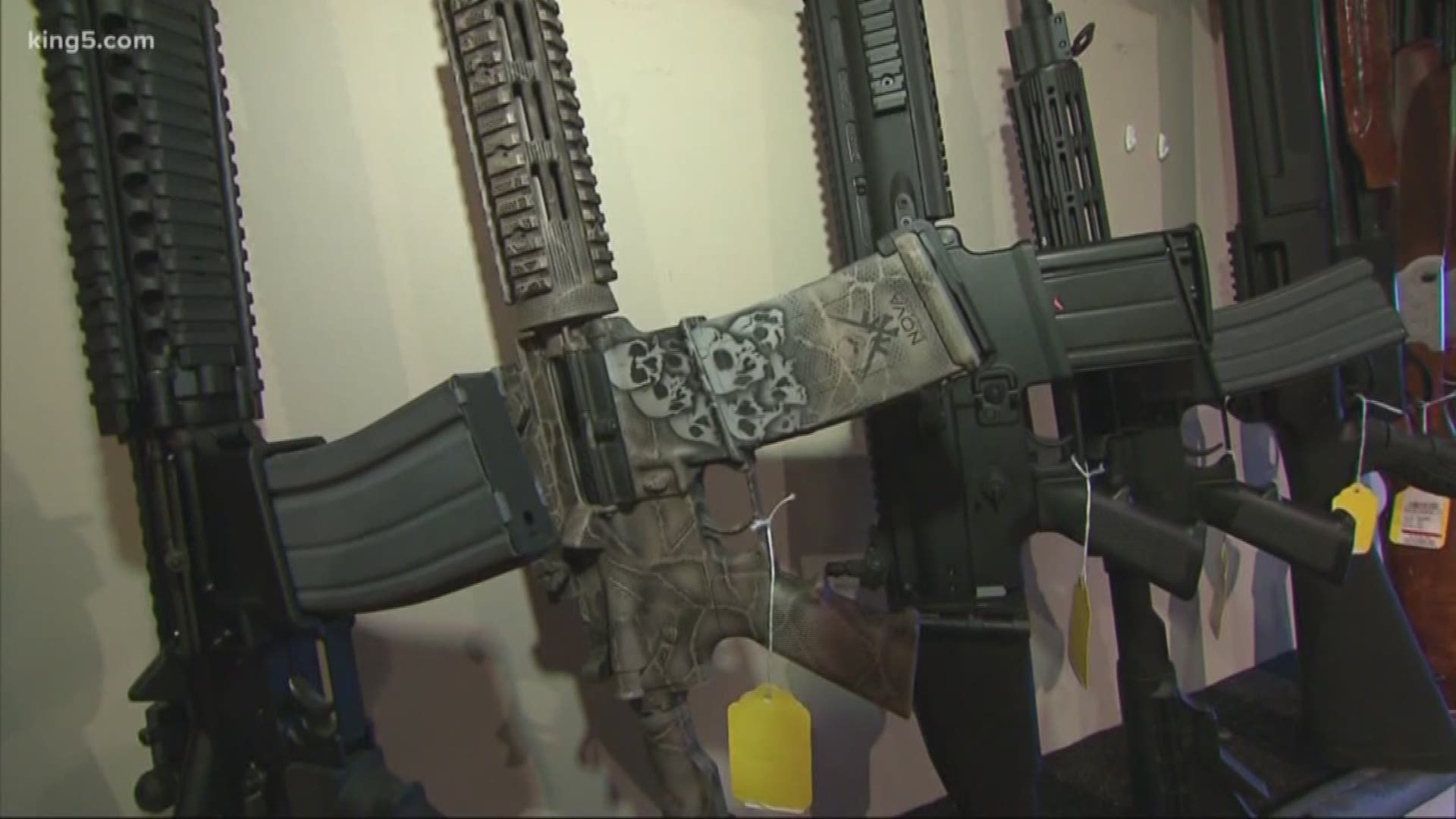 The Washington state Supreme Court overturned a decision by a lower court judge to toss out more than 300,000 signatures in support of a gun safety initiative.

The initiative will now appear on the November ballot.

On Aug. 17, a Thurston County judge ordered the secretary of state's office to stop certification of Initiative 1639.

"Frankly, this court does not struggle with this issue," said Judge Dixon. "The petitions at issue do not contain, first, a readable copy. Ladies and gentlemen in the courtroom, I'm showing you what the petition looks like. I have 20/20 vision; I can't read it," he said holding up the petition in court.

But the Supreme Court found it was inappropriate to base its decision simply on the formatting of the petition, and without challenging the number of valid signatures.

In the Supreme Court order, justice wrote state law doesn't allow for "preelection judicial review of the form, process, substance, or constitutionality of an initiative petition."

The court also found that Secretary of State Kim Wyman "has no mandatory duty to not certify an initiative petition based on the readability, correctness, or formatting of the proposed measure printed on the back of the petitions."

Initiative 1639, backed by the Alliance for Gun Responsibility, would raise the purchase age of semi-automatic rifles to 21, incentivize secure storage, and require enhanced background checks and a waiting period similar to what’s required for handguns.

It would be the most sweeping gun safety initiative put before voters in recent history.

What led to the latest gun initiative ruling

The National Rifle Association and Bellevue-based Second Amendment Foundation filed a lawsuit against Secretary of State Kim Wyman, claiming the petitions didn't follow the state law by failing to clearly mark what would change in the current law.

"This really had nothing to do with guns," Alan Gottleib of the Second Amendment Foundation said.

"While we obviously would have opposed the initiative on gun grounds, the problem is the initiative sponsors didn’t follow the law, or the constitution or the process. The law and constitution says it has to be a readable, true and correct copy of what’s going to be in the voters pamphlet, and be on the ballot, and they chose not to do that."

Gottleib said his attorneys sent the Alliance for Gun Responsibility a letter before the signatures were filed with the Secretary of States Office, requesting that they reprint the petitions.

"The petition substantially complied with the law," Wong argued. "Voters were not deceived; voters were not misled. They knew what they were doing when they signed the petition."

Washington Alliance for Gun Responsibility filed an appeal with the Washington State Supreme Court and requested an expedited review so the initiative could still make the November ballot.