Public schools in Washington state could soon be required to teach sexual education to students starting in kindergarten through twelfth grade. 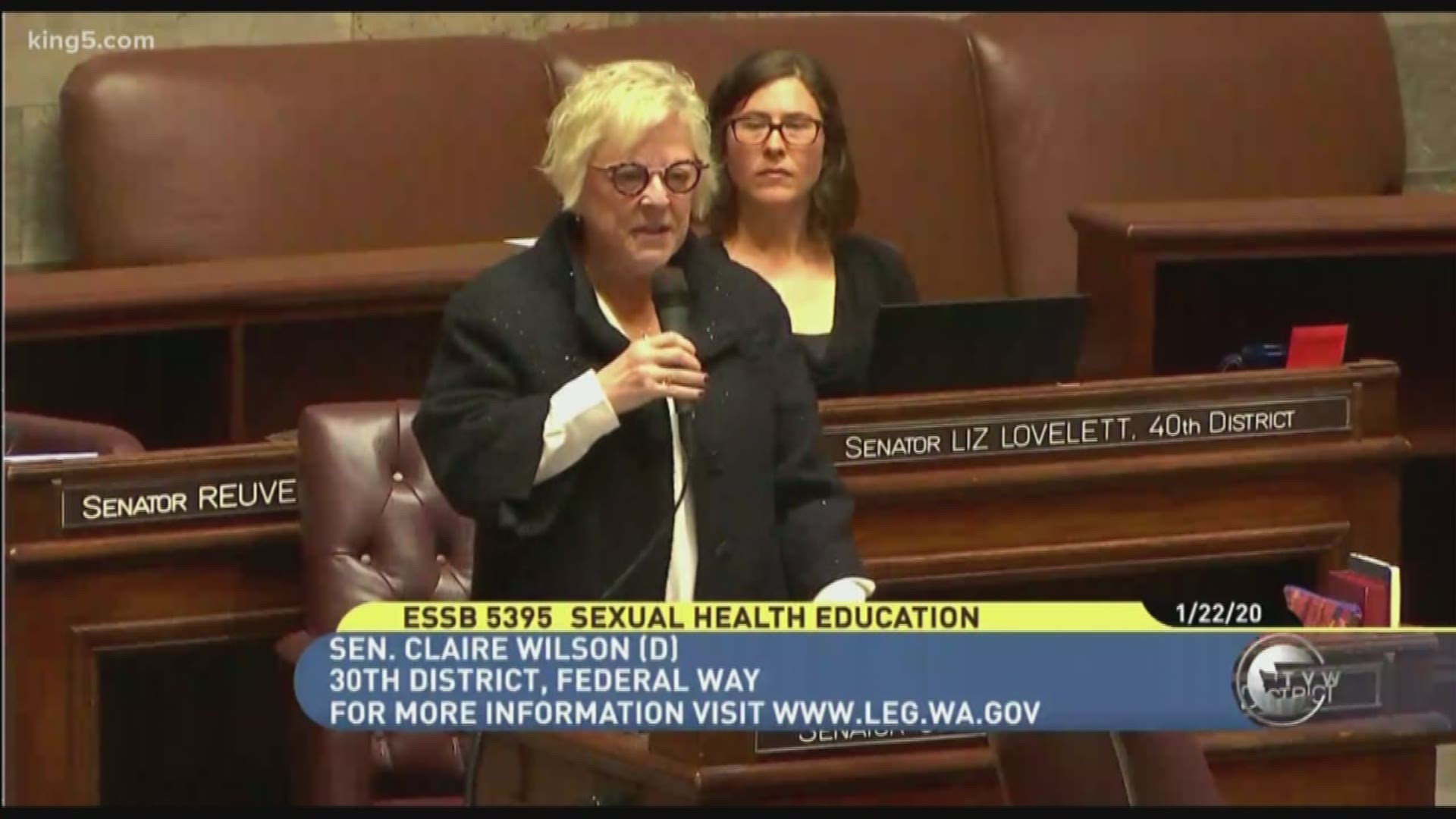 SEATTLE — Sex education could soon be required in all Washington state public schools after a comprehensive sexual health bill overcame its first hurdle by passing in the state senate this week.

Senate Bill 5395 would require all public school districts to provide comprehensive sexual health education that is evidence-informed, medically and scientifically accurate, age-appropriate and inclusive for all students.

The bill would require teachers to work this into their curriculum for students in grades sixth through twelfth by September 2020, and for kindergarten through fifth-grade students in September 2021.

"It really helps teach our children how to have those tough conversations in relationships, how to have conversations about consent and how to understand our bodies," Democratic Senator Manka Dhingra said. "Our bodies are not taboo."

Republicans, however, say they are not against sexual education but want each district to make its own decision for communities.

"I think we will have a lot of families leave the public school systems rather than have these sorts of values which go against, in some occasion, their deeply held beliefs and morals," Republican Senator Mike Padden said. "And they're gonna say it's not worth it."

The curriculum is designed to be tailored to children's developmental needs. For instance, classes starting in kindergarten would cover topics such as inappropriate touching and safety.

Parents could also opt-out of the program, a concession that Democrats made to Republicans last year.

The bill will now head to the committee in the House, where it stalled in the 2019 legislative session.