The Derek Chauvin guilty verdict arrived as the Washington State Legislature works on police reform and accountability bills before the end of the session. 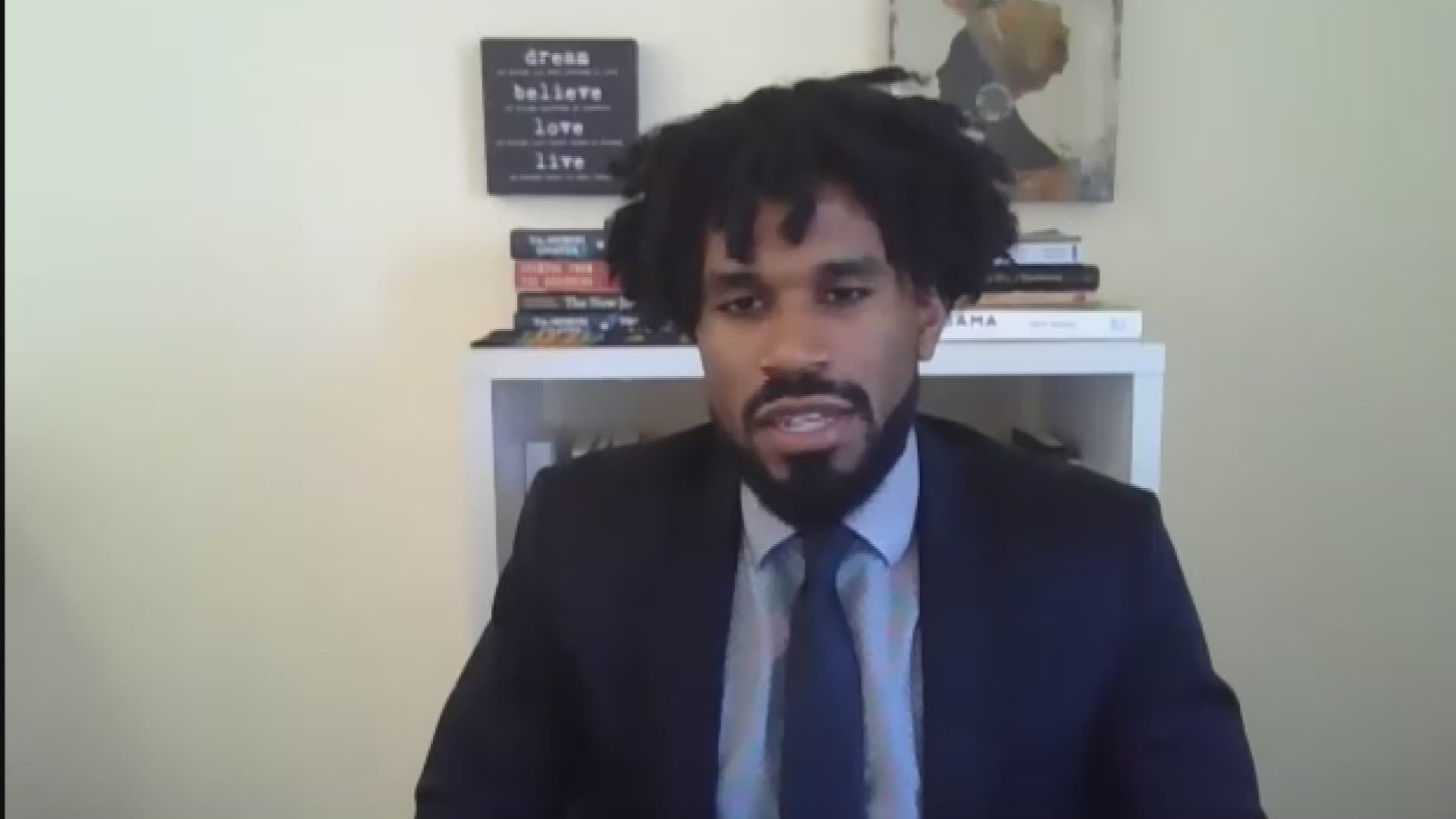 TACOMA, Wash. — The guilty verdict handed to Derek Chauvin Tuesday for the death of George Floyd has sparked hope among some Washington state lawmakers that it will lead to lasting police accountability.

Among the police reform bills being hashed out in the state legislature is House Bill 1054, which if passed would enact overarching police tactic reforms statewide. It would ban chokeholds, no-knock warrants, and also limit law enforcement's use of tear gas and military-style equipment, as well as place limits on when officers can shoot at a moving vehicle during a pursuit.

Rep. Jesse Johnson, a Democrat representing Federal Way, is sponsoring the bill. He said the Chauvin verdict is a step in the right direction.

"I believe the jury did the right thing, and it's a small part of accountability and justice was served," Johnson said.

Johnson has been working alongside several community members on the bill, including Sonia Joseph-McDade, whose son Giovonn was killed by a Kent police officer in 2017.

"There's still much work to be done," Joseph-McDade said. She said she will continue to work on enacting police accountability after the death of her son.

Grassroots organizations like the Tacoma-based nonprofit LegallyBLACK have been working on police reforms for a while, even before the death of George Floyd.

"This verdict isn't a moment to celebrate, like I mentioned before. This is how the system is supposed to work," said LegallyBLACK founder Tisha Marie.

Marie said what the verdict did achieve, was provide a wake-up call.

"I think this verdict gave the world notice that we do have the ability to change a broken system," Marie said.

House Bill 1054 is still being ironed out in the State Legislature regarding a provision on tear gas use.

Another bill, Senate Bill 5066, would require a peace officer to intervene if they observe another peace officer using excessive force. That bill is heading to Gov. Jay Inslee's desk.