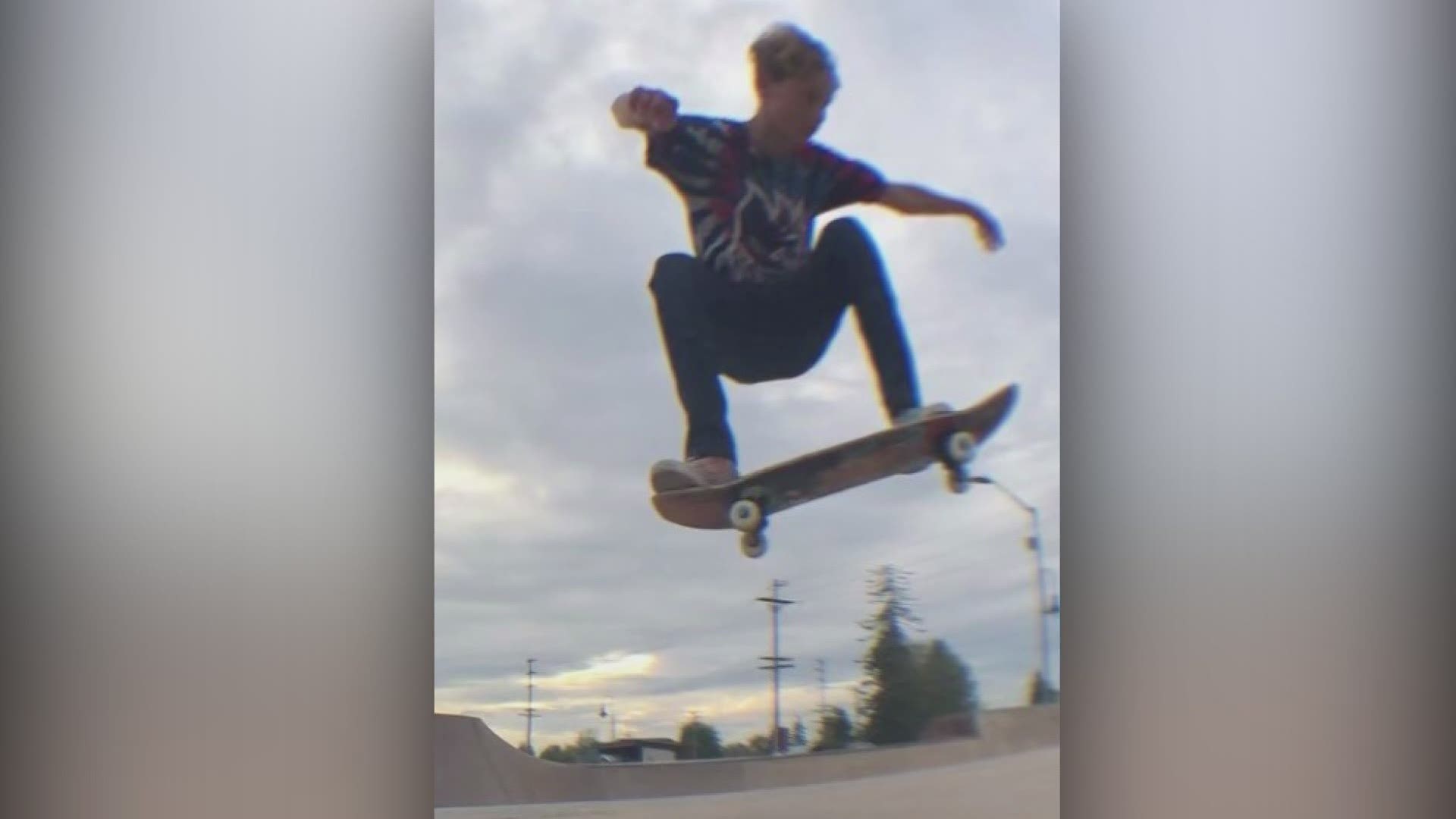 BUCKLEY, Wash. — The mother of a 13-year-old Buckley boy hopes her son’s death will change a longtime stigma against wearing helmets while skateboarding.

For the past year, Berrett Wirth Crossley found the perfect way to spend his COVID-19 days — skateboarding at the Buckley Skatepark.

“When he didn't have school, he would be here 10 hours if he could be,” said mother Larae Crossley.

She said Berrett designed skateboards and skating-related T-shirts and wanted to be a professional skateboarder when he grew up.

But earlier this month, Berrett fell while riding his skateboard at the park.

He was not wearing a helmet. Four days later, he died from a subdural hematoma.

Doctors told his mother Berrett likely would have survived the crash with a helmet.

“As someone who has lost a child because of this, that pain is something I don't want anyone to feel," said Larae Crossley.

She and friends started a foundation “Wear it for Berrett” to raise money and awareness about the benefits of wearing a helmet.

“I've seen way too many kiddos pass away,” said Griffey, who said Berrett’s story could help convince lawmakers to re-approve $20,000 in grant funding for first-responders to buy and disperse, helmets to children across the state.

Griffey got the money approved in the 2020 legislative session following the story of a Seattle man, Ryker Aidan Schellings.

Schellings, an experienced skateboarder, nearly died following a crash at Greenlake in Seattle.

He suffered a traumatic brain injury and was not wearing a helmet.

“I don't want to see any more family tragedies, and if we can really just change the mindset is what we have to do,” said Griffey.

Berrett’s mother said anything to increase helmet use is a good idea.

"It's a stigma of, 'I don't want to look uncool,’” said Larae Crossley. “I want to break that stigma. No one's too cool for brain damage."