A bill that would ban the open carry of weapons on the Washington state Capitol campus and at or near demonstrations is headed to the Senate Rules Committee. 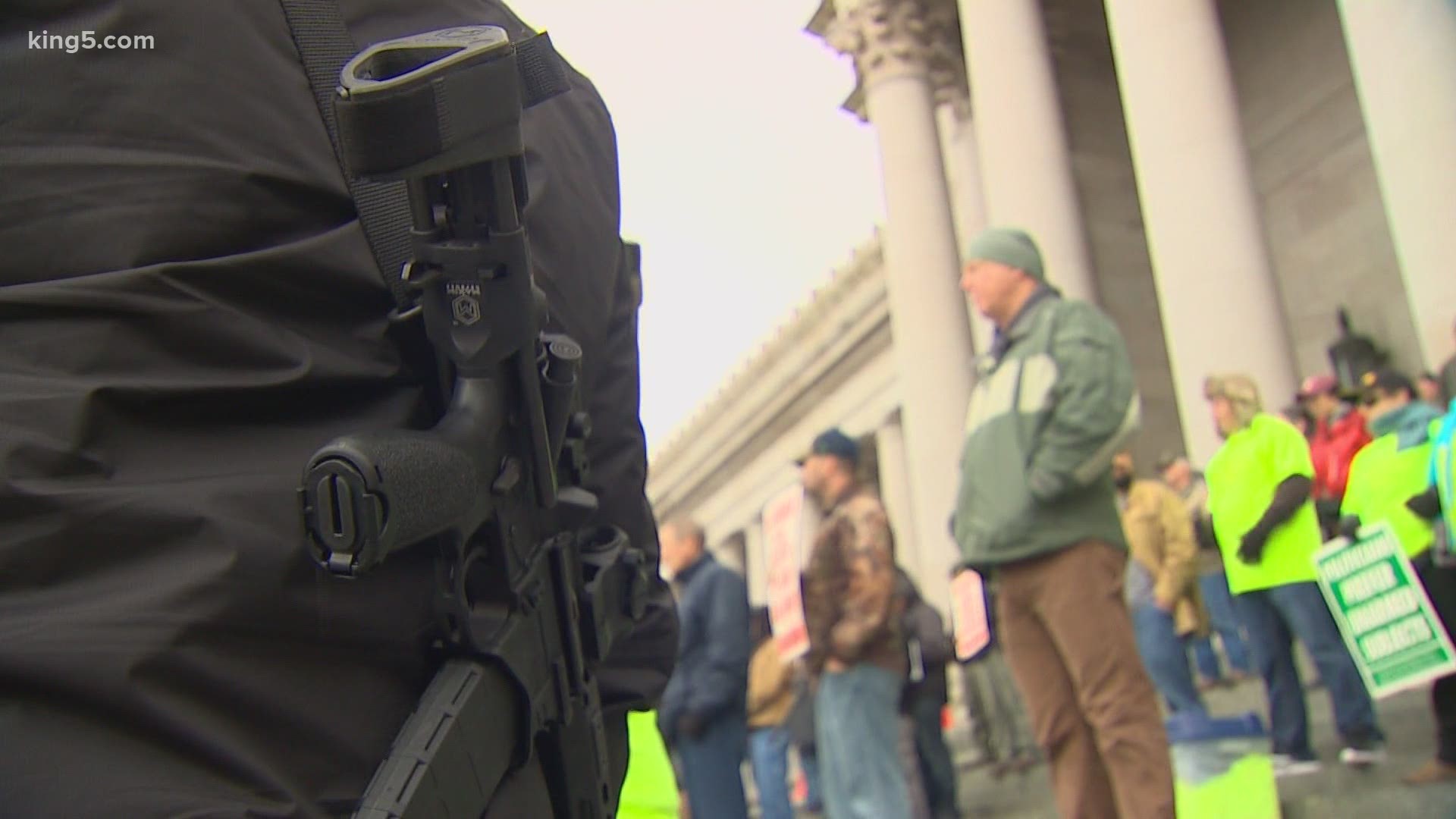 OLYMPIA, Wash. — A state Senate committee has approved a measure that would ban the open carry of guns and other weapons on the Capitol campus and at or near any permitted public demonstration across Washington state.

The measure passed the Senate Law and Justice committee on a 5-4 party line vote and now heads to the Senate Rules Committee, the last stop before it is up for a vote by the full Senate.

RELATED: Proposed capital gains tax in Washington has support from speaker of the house

Proponents called it a common-sense measure amid heightened political divisions, while opponents argued it would infringe on constitutional gun rights. During the bill's hearing, opponents also argued the proposal would make law-abiding gun owners less safe.