The bill now heads to Gov. Jay Inslee's desk for a signature. 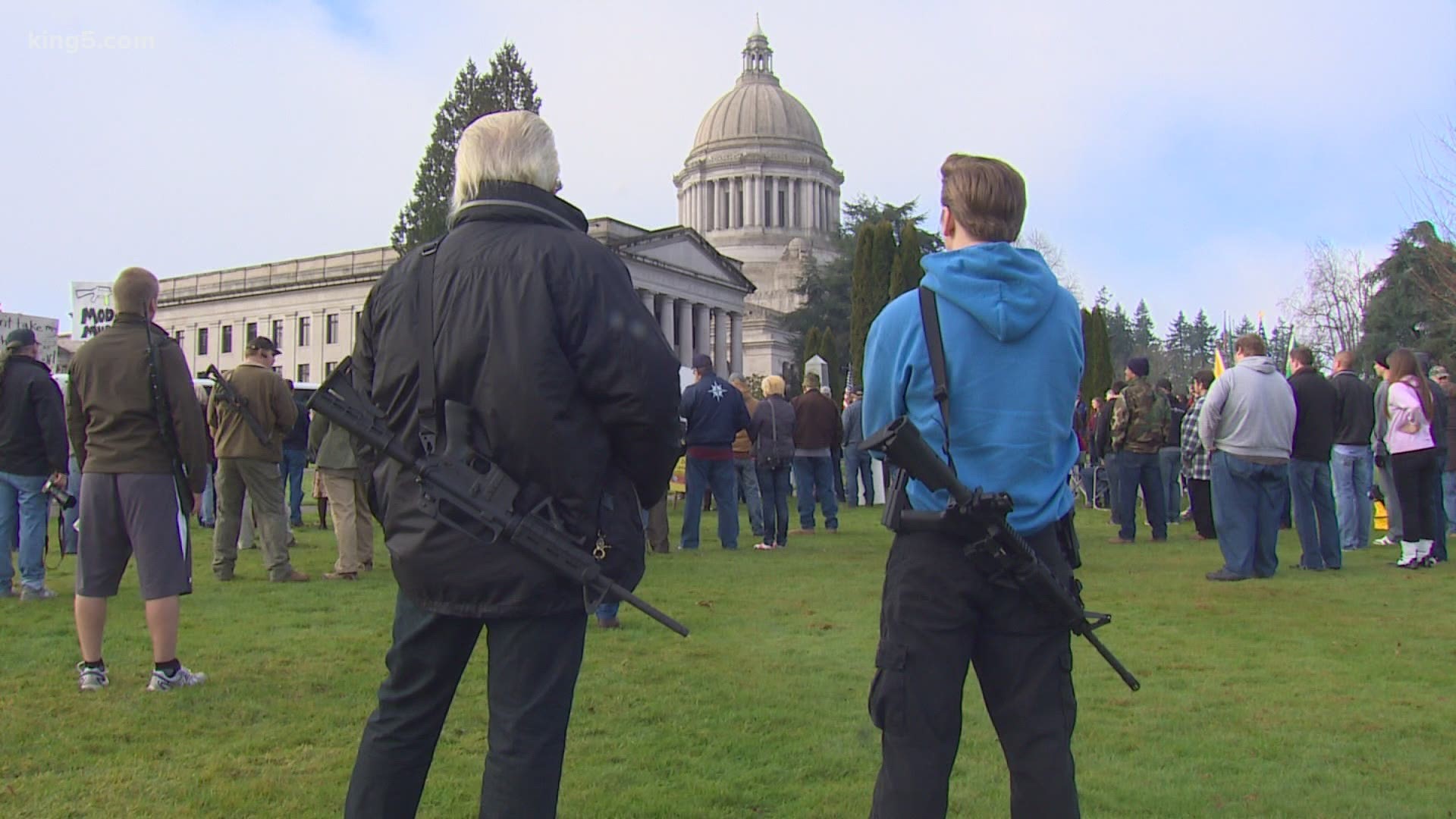 The Washington Legislature has approved a measure that would ban the open carry of guns and other weapons at the Capitol and surrounding grounds and at or near any permitted public demonstration across the state.

The bill now heads to Democratic Gov. Jay Inslee for his signature.

It also prohibits openly carried weapons in the state Capitol or on the Capitol’s west campus grounds.