Most Washington teachers will currently have to wait weeks before becoming eligible. 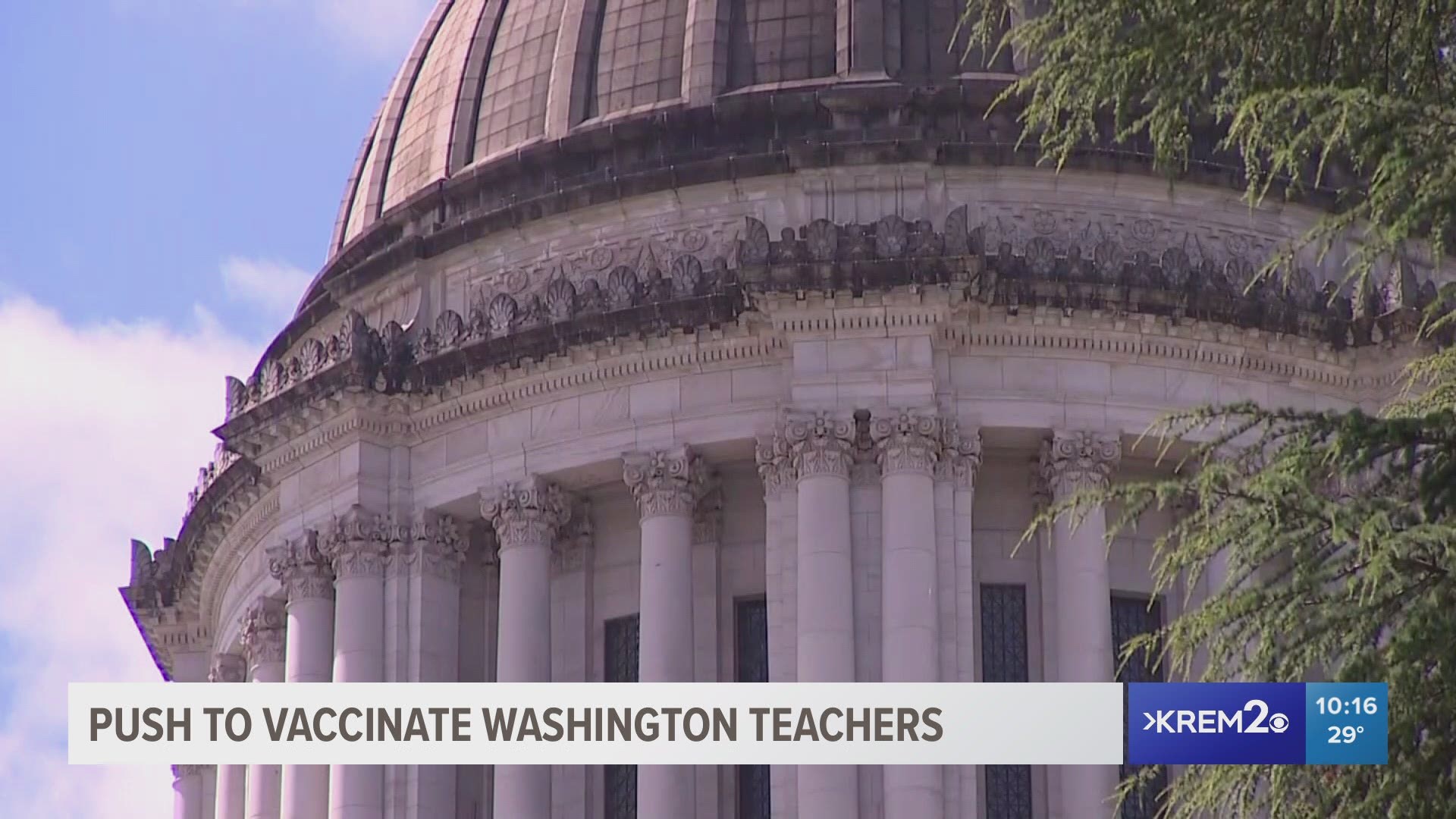 Even as teachers in neighboring Idaho and Oregon are being vaccinated, in Washington most educators currently will have to wait weeks or even months before they'll become eligible.

At the moment, only seniors and healthcare workers qualify to get the shot. Teachers, and several leading lawmakers, have been pushing for that to change.

The first push from lawmakers came in mid-January, with a bipartisan letter to the governor urging a change in the phases.

At the time, school employees (along with many other kinds of critical workers) were divided up between those over 50 and those under 50. The difference between that division was a several months wait for the shot. Republican and Democratic leaders on both the Senate and House education committees thought that didn't make much sense.

"[We need to be] accelerating the timeline not just for teachers over 50," said Sen. Lisa Wellman (D-Mercer Island).

The lawmakers all agreed it was important to get all school workers vaccinated as quickly as possible in order to safely get kids back in classrooms.

"We're all suffering in COVID, but our kids are the ones who are not getting taught as well as they should," said Ybarra. "They're at home. No social-emotional learning going on whatsoever. They want to see their friends."

The governor's office evidently heard those concerns. An updated phase approach was released, wherein three tiers that had previously been separated were combined into the same section of the calendar. That meant younger school employees would no longer be waiting significantly longer than their older counterparts for the shot, and the same applied to other forms of critical workers.

But at the same time, that timeline was made more vague. Rather than tiers being assigned specific months, they were assigned seasons. So now, rather than having some teachers eligible in February, all teachers are slated to become eligible in either the spring or summer.

"Basically saying oh sure, we'll allow all school employees to get access under [the same] phase... but we're going to push that out a number of months and it's basically going to have the same result anyway," said Sen. Brad Hawkins (R-Wenatchee).

"Especially since our school employees, when they're in the buildings, or the bus drivers transporting our students to and from school, they cannot self-isolate like some of our older Washingtonians still can," said Hawkins.

The governor has resisted that idea, in a press conference pointing to the high mortality rate of seniors and the urgent need to protect them.

"I appreciate what the governor says," said Wellman. "I can only say that I would give up my place in line, to give it to a teacher."