A fourth-grade class suggested making Suciasaurus Rex the official state dinosaur. But some lawmakers say the bill is a distraction during the coronavirus pandemic. 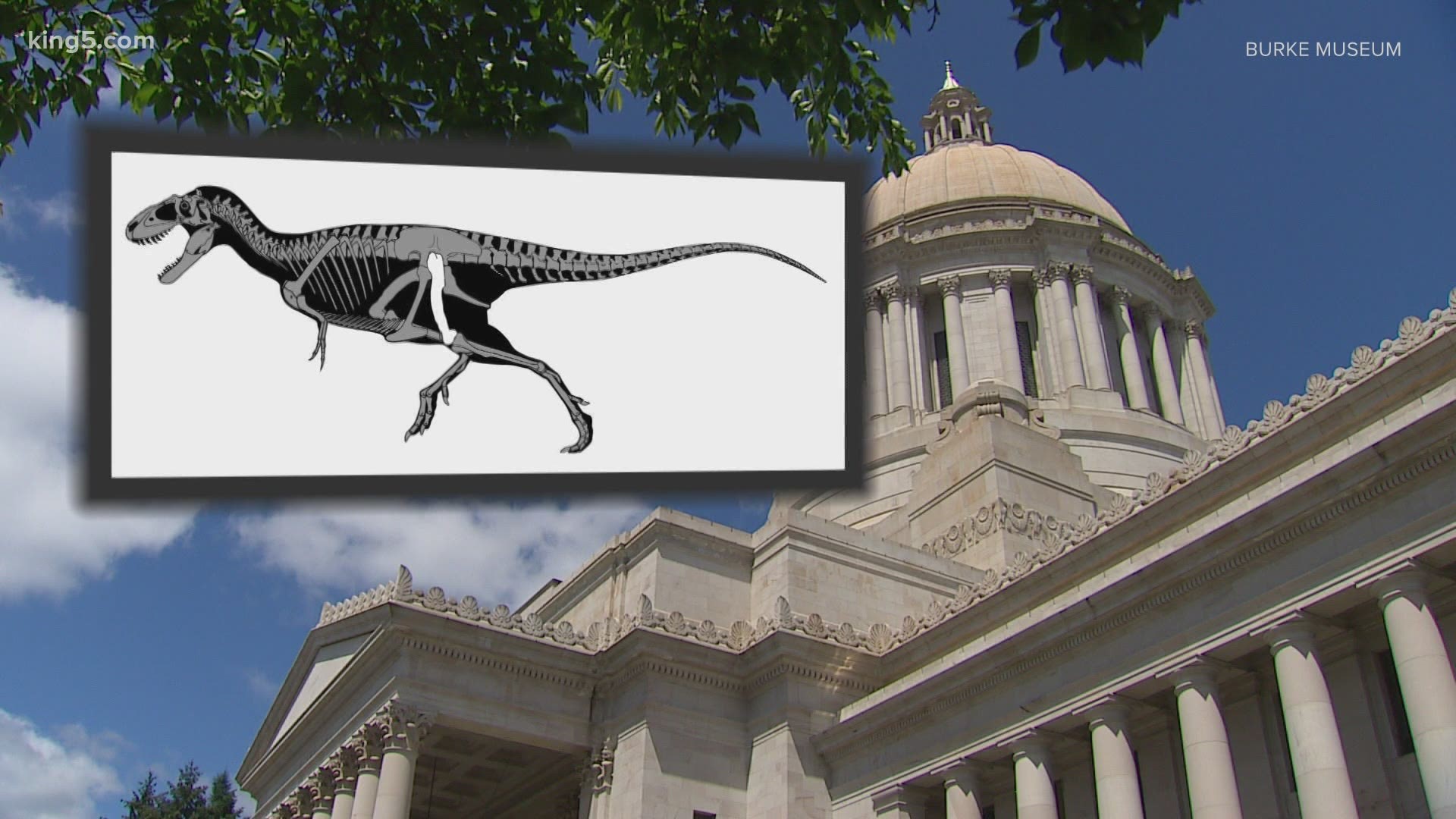 OLYMPIA, Wash. — The sponsor of legislation to designate a state dinosaur is defending her measure from critics who said COVID-19 related issues should be the priority for lawmakers.

Rep. Melanie Morgan is the prime sponsor of House Bill 1067, a move to name Suciasaurus the official dinosaur of the state of Washington.

In 2012 scientists found a fossil of what was believed to be the first dinosaur discovered in the state in the San Juan Islands.

“It may seem like a low priority bill in the time of COVID, but I assure you that showing our young people that government is here for them is never a low priority,” said Morgan, D-Pierce County.

House Minority Leader, Rep. J.T. Wilcox, R-Yelm said he would like to see COVID-19 relief-related bills getting a higher priority this session.

Wilcox said he was under the impression members were going to be limited on what kind of legislation they would introduce.

"I can think of an awful lot of bills getting hearings, including the state dinosaur and gun bills that were not part of that list," Wilcox said.

Jason Mercier, director of the Center for Government Reform for the Washington Policy Center, was glad to see legislation introduced by students get a hearing in Olympia.

But he said he would have rather seen that committee take up legislation to limit a governor’s powers during an emergency declaration.

"It's nothing to do with the dinosaurs, it’s nothing about providing an opportunity for kids to be engaged and take advantage of remote testimony," Mercier said. "It is a question of timing and priorities."

In a written statement, Morgan said she is proud to be the voice for the students in her district who requested the dinosaur legislation.

“Too many people out there think government is inaccessible to them and that is an example of an inequitable system. I’m bringing this bill forward on behalf of those young, passionate students, amplifying their voices, because that’s the job of a state legislator,” Morgan said.