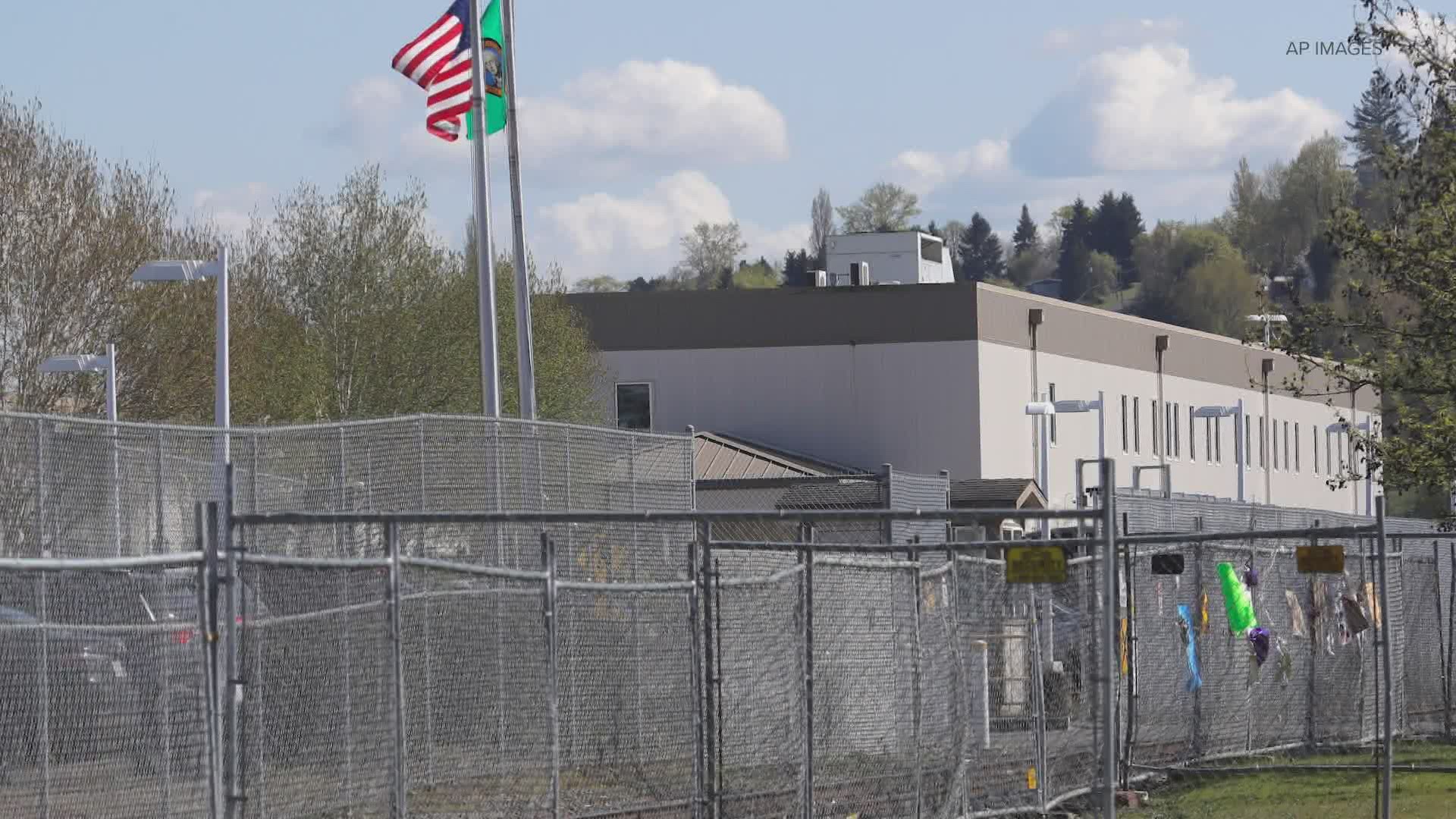 TACOMA, Wash. — The company that operates a federal immigration detention facility in Tacoma has sued to block a new state law that mandates the center’s closure.

Florida-based GEO Group, which operates the Northwest Detention Center in Tacoma, filed the lawsuit in April after Gov. Jay Inslee signed a law banning for-profit jails in Washington state. The Tacoma center is the only facility in the state that faces closure.

In the lawsuit, the GEO group claims Engrossed House Bill 1090 was unconstitutional by trying to “regulate and undermine” federal government action. GEO Group, which contracts with U.S. Immigration and Customs Enforcement (ICE), alleges closing the jail would impede ICE from carrying out its detention responsibilities.

RELATED: US to limit immigration arrests at courthouses under Biden

The Tacoma immigration lockup has long been a target of immigrant rights activists. Supporters argued that a severe drop in immigration detention during the pandemic proved it's not necessary to keep so many immigrants locked up, and they criticized minimum-bed quotas that are written into contracts with private detention facilities.

The Northwest Detention Center has a capacity of 1,575 beds, but the number of detainees has dropped to fewer than 200 due to pandemic-related precautions.

The company has long said it provides for the safety of detainees there in accordance with federal standards, despite allegations of substandard conditions. It noted that the federal government provides health care at the facility.

In addition to declaring the law unconstitutional, GEO Group also asked the court to stop the state from enforcing it and ensure the group’s current contract with ICE will continue through Sept. 2025.

If the jail closes, GEO Group says it would lose about $365 million in capital investment and future revenue over four years, according to the lawsuit.