Higher taxes, stricter police policies up for a vote before legislative session ends

Washington could have the highest gas tax in the nation and drug possession could still be legal through the end of the year as the session comes to a close. 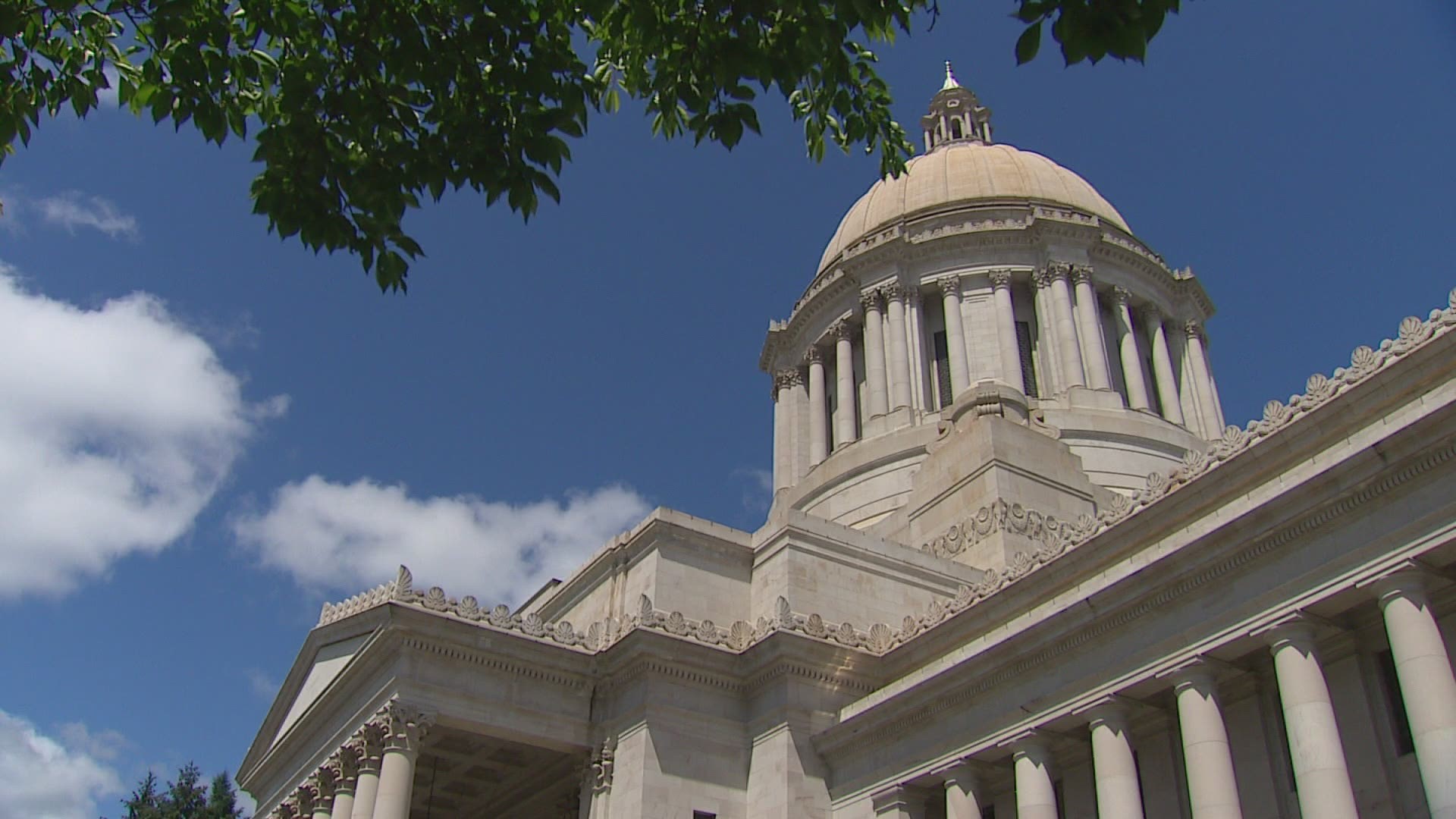 OLYMPIA, Wash. — Proposed laws that would raise taxes on Washington's highest earners are gaining traction in the Legislature in its final week in session.

The move to create a new capital gains tax on the state's top investment earners appears to be a done deal.

The measure would impose a 7% tax on the sale of stocks, bonds and other high-end assets like a classic car or painting in excess of $250,000 for both individuals and couples. Retirement accounts, homes, farms and forestry would be exempt from the proposed tax.

That money would go towards childcare and may contribute to a tax break for working families.

Republicans are worried about a proposal that could raise Washington's gas tax by 10 cents a gallon in 2021, with an additional eight-cent raise in 2022, making Washington's gas tax the highest in the nation. There are also several other bills still alive in the Legislature aimed at cleaning up the environment that critics say could boost prices at the gas pump.

A proposal to charge billionaires a new wealth tax is also still up for a vote. Opponents say it would drive businesses out of the state.

"We are hearing from some individuals that they don't want to come here and others aren't looking at the state of Washington anymore," Rep. Ed Orcutt (R-Clark County) said. "That's just with the threat of it being passed, and you have to understand the way the business community looks at things."

Supporters of the bill say it's one step toward addressing steep income inequalities.

"[Capital gains] gives us an opportunity to undo some of the income inequality we see in our tax code at this time," Rep. Monica Stonier (D-Clark County) said. "We have some support from the federal government during the recovery phase so when we come back as an economy and as a state we can do it in a way that doesn't continuously burden those who are at the lowest end of the income brackets."

Changes to Washington's lapsed drug possession law are also up for a vote, however, they may not pass during this legislative session. That would mean possession of drugs would be legal until next year. Some lawmakers want to turn the state's focus toward treating drug addiction instead of making drug possession a criminal offense.

"The treatment components are there, and I think we just have to be really smart about getting people the treatment and the help that they need," Sen. Manka Dhingra (D-King County) said. "What happens in the criminal justice realm is going to be interesting because we all know our courts are extremely backed up."

Other lawmakers say passing a drug possession law should be a top priority.

Bills to kickstart police reform in the state are headed to the governor's desk before the session ends. Proposals on the table right now would create an independent agency to investigate police shootings, as well as changing certain policies around when tear gas can be used and when police are allowed to chase someone.

"Oftentimes the folks who are pulled over are disproportionately communities of color, Black and brown individuals," Nguyen said. "So in my mind, there are going to be pros and cons, but in this case making sure we don't have a stop and frisk type of environment in vehicles that has lead to very negative outcomes is really the goal."