Only 35% of respondents favored the plan, which would give Washington state the highest gas tax in the nation. 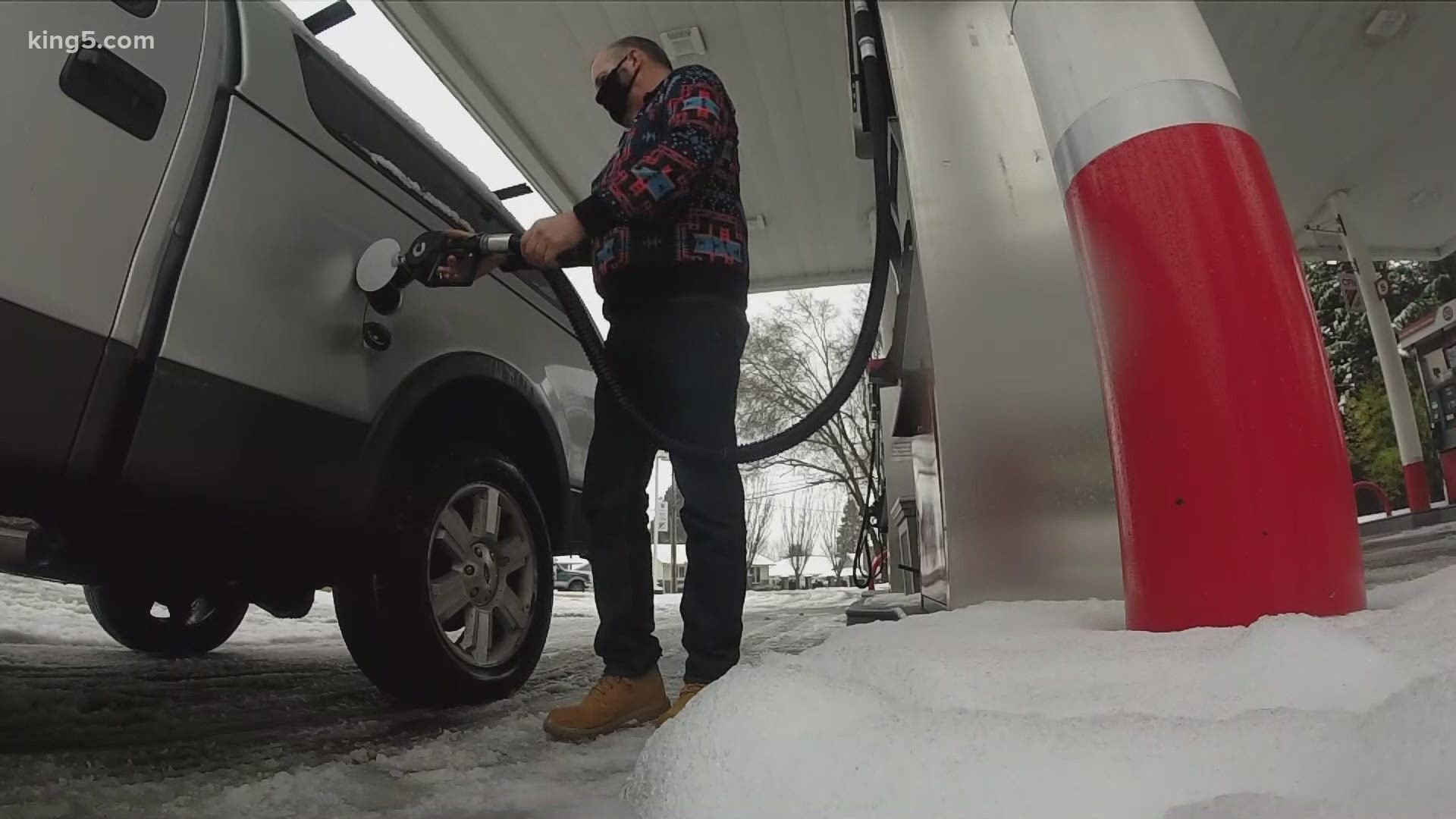 OLYMPIA, Wash. — Washington drivers could see the highest gas tax in the country, under a proposal being considered by politicians in Olympia. A House bill would increase the current 49.4 cents per gallon state gas tax by 10 cents this year and another 8 cents in 2022.

That would be 67.4 cents per gallon in state taxes alone, approximately 3 cents higher than in California.

A separate Senate proposal would raise the rate by 6 cents this July.

About 52% of respondents to a KING 5/Survey USA Poll opposed the increase, while just 35% voiced support for it. 12% were undecided.

The funding would pay for road and bridge projects, converting ferries from diesel to electric and work on the court-mandated culvert updates for salmon across the state.

But it's a tough sell, especially in the midst of a pandemic whose full economic impacts are yet to be felt.

"It's ridiculous," said Craig Struhs, who watched the dollars fly by at the gas pump on Monday. "I don't know what they're thinking."

The last thing he was interested in hearing about was a tax increase.

"They're taxing the (expletive) out of us. I mean people are struggling right now," Struhs said. "You're not helping us with this. You're just pushing us back farther."

Rep. Jake Fey, D-Tacoma, sponsored the House bill. He said he's not surprised by the unpopularity of the proposed increase.

Fey said raising taxes is never the popular thing to do; but in this case, he believes we don't really have a choice: It's pay now, or pay later.

Fey concedes it won't be easy to pass.

"You have to sell it on the benefits of doing what we're doing. In most cases, it's a necessity," Fey said. "We've got a bridge down in between Portland and Vancouver that needs to be replaced. We have aging infrastructure and ferry vessels that are reaching the end of their service time. I don't think people would want to wait a number of years and have an even larger gas tax."

Back at the pump, drivers like Andy Liter said gas taxes are just the cost of doing business.

"For someone going back and forth to work, buy one less coffee from the coffee stand," Liter said.