How much more would you be willing to pay for gas if it meant cleaner air in Washington?

Gas prices could rise in the state due to environmental and transportation legislation, but many people say they are unwilling to pay more at the pump. 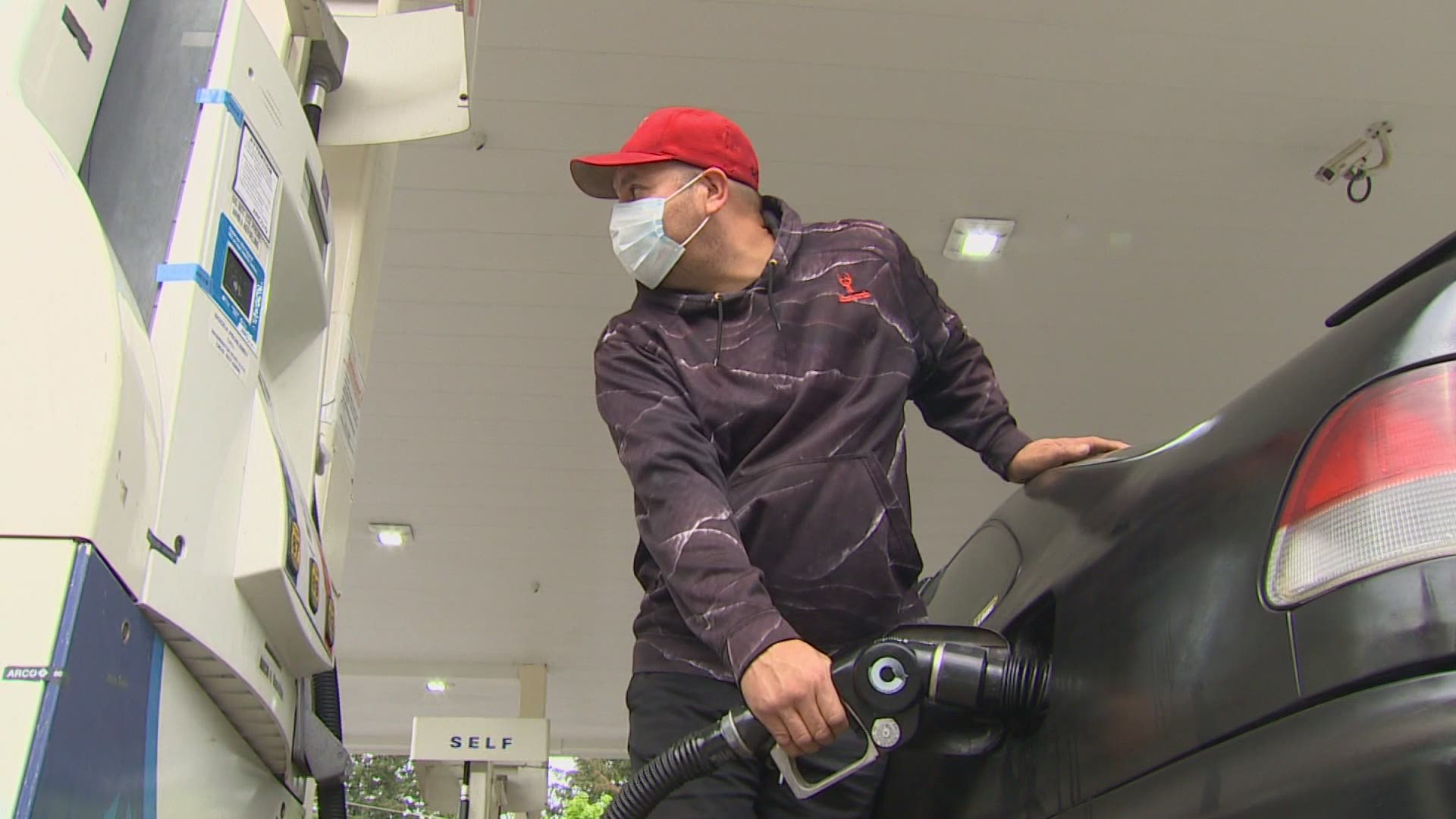 OLYMPIA, Wash. — Would you pay a nickel more for a gallon of gas if it meant better air quality in Washington state? What about a quarter more per gallon?

According to our exclusive KING 5 news poll, when asked if they would be willing to pay more for gas if it meant a "significant reduction" in air pollution, 35% of respondents of more than 500 registered voters said they would not pay more for a gallon of gas.

Another 26% said they would pay a nickel more per gallon, and 15% of respondents said they'd be willing to pay 25-cents more.

“When is it going to stop?,” said Billy Volk, of Shelton, after filling up his work truck the second time this week, “It’s too expensive the way it is.”

Volk said he does not support two bills passed by the Washington state legislature this year which, according to critics, could raise the price of gas in the state.

Throughout the legislative session Republicans said bills to cap emissions for businesses and requiring the production of cleaner fuel could increase gas prices in the state, perhaps more than 50-cents a gallon.

Those bills also rely on legislators to pass a transportation package calling for the increase of the gas tax by at least five cents in coming years.

"I don’t mind paying it," said Amarh, “If they are using it for the right purpose.”