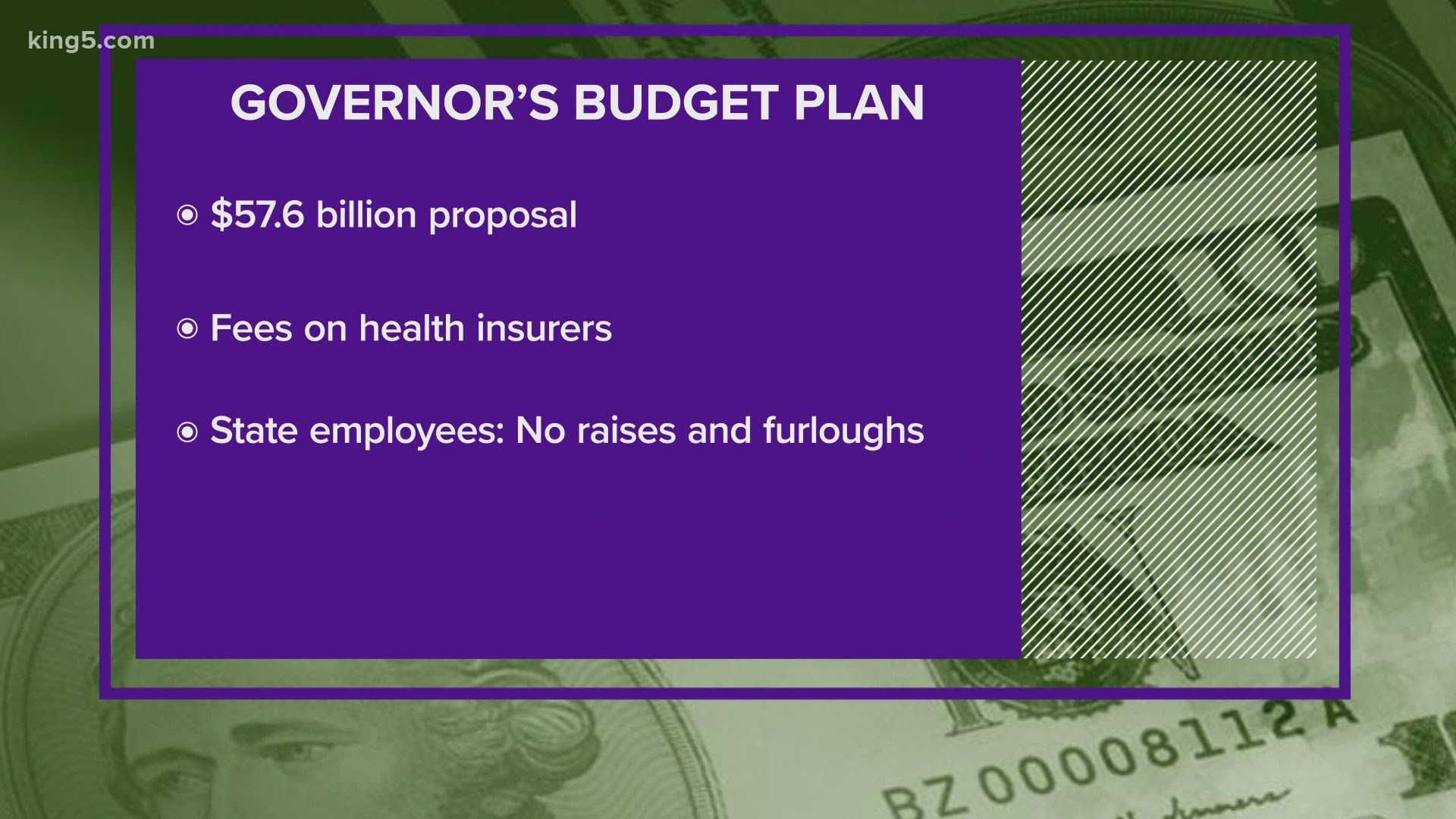 OLYMPIA, Wash. — Gov. Jay Inslee has unveiled his proposed budget for the 2021-23 budget cycle for Washington state, which includes a capital gains tax and a tax on health insurers.

Inslee's proposed $57.56 billion budget is just the first of three to be released in the coming months. After the legislative session begins in January, the Senate and House will also release proposals during the 105-day session, which will be held mostly remotely.

It's no secret that the coronavirus pandemic has drastically impacted the state's budget. According to Inslee's office, as of November, the state had about 217,000 fewer jobs than in February, and revenue projections for the next three years remained more than $3.3 billion below pre-pandemic levels.

The governor's budget also includes funds to help the state's unemployment system, which has been strained by the staggering job losses since the start of the pandemic.

"We must invest in the relief, recovery and resilience of Washington. We cannot cut the things that we need most during a pandemic," Inslee said during a press conference Thursday. "In my proposed operating, capital and transportation budgets, I am investing in the people of our state."

In addition, to help fund ongoing public health needs as a result of the pandemic, Inslee is proposing a new per member/per month assessment on health insurance carriers. Inslee says it will raise an estimated $205 million during the second year of the next biennium, then about $343 million in the 2023-25 biennium.

Homelessness continues to be a problem in Washington state, which has only been made worse by the pandemic. Inslee's proposal includes nearly $400 million to build more affordable housing units and preserve the state's existing housing stock. The budget will also send $150 million to the state's Public Works Assistance Program, which provides low-or no-interest loans that local governments can use for repairing everything from bridges and roads to water and sewer systems.

Besides the pandemic, 2020 has also been a year that has seen intense racial reckoning across the country. Inslee's budget includes funding for an "equity office" as a tool to root out racism and discrimination. It also includes funds to establish an office that investigates police using excessive force, eliminate contracting disparities, and introduce an equitable financial literacy plan to help communities of color.

Also as a result of COVID-19's impact on communities and households, Inslee is proposing tapping future bond capacity now to help stimulate the economy and retain construction jobs.

Under the governor's proposal, the state's total bond capacity would increase by $1.25 billion to nearly $4.7 billion for the 2021-23 capital budget. Including other state and federal fund sources, Inslee's capital budget for the next two years totals nearly $6.2 billion.