Proposal could make Washington state's gas tax highest in US

A bill proposed in the state House would raise Washington's gas tax by 18 cents over two years, and pay for several road and transportation projects. 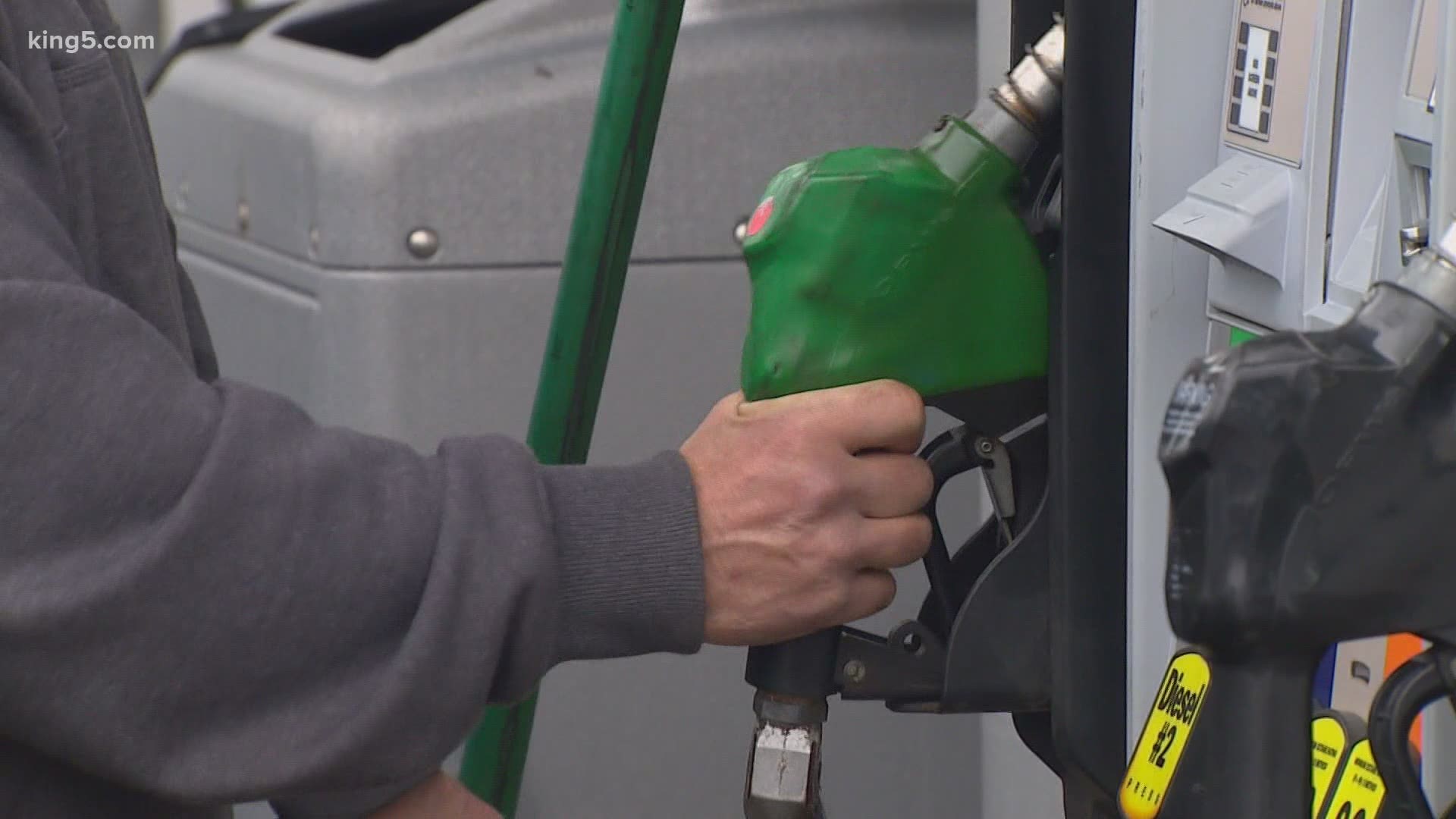 OLYMPIA, Wash. — A proposal could make Washington state’s gas tax the highest in the country.

House Democrats have introduced a bill calling for an 18-cents per gallon increase in the state’s gas tax.

Motorists currently pay 49.4 cents per gallon in state taxes and an additional 18.4% in federal taxes.

The proposed bill would increase the price by 10 cents a gallon this year and another 8 cents in 2022, bringing the total in state taxes to 67.4 cents a gallon.

”Our proposal is much more substantial than any in state history because the needs and challenges are so much higher,” said bill sponsor Rep. Jake Fey, D-Tacoma.

He said the funding would pay for road and bridge projects, help convert ferries from diesel to electric, while helping to upgrade culverts for salmon across the state.

The U.S. Supreme Court ordered the state to redesign hundreds of fish culverts by 2030.

Rep. Andy Barkis, R-Olympia, said the state’s priority should be relief for those impacted by the COVID-19 pandemic.

“Everyone’s going to be impacted by this,” Barkis said.

He suggested the state delay the culvert projects.

“We’ve got 9 more years left,” Barkis said. “Do you think maybe this would be a year we could reprioritize that money and do some other things?”

Gov. Jay Inslee said he has not determined if he will support the gas tax hike bill. He has proposed a tax on the state’s top polluters to pay for some of the same projects.

“We are open to other ideas,” he said.