Big changes include new remote and virtual procedures, and big issues include a possible capital gains tax and coronavirus relief. 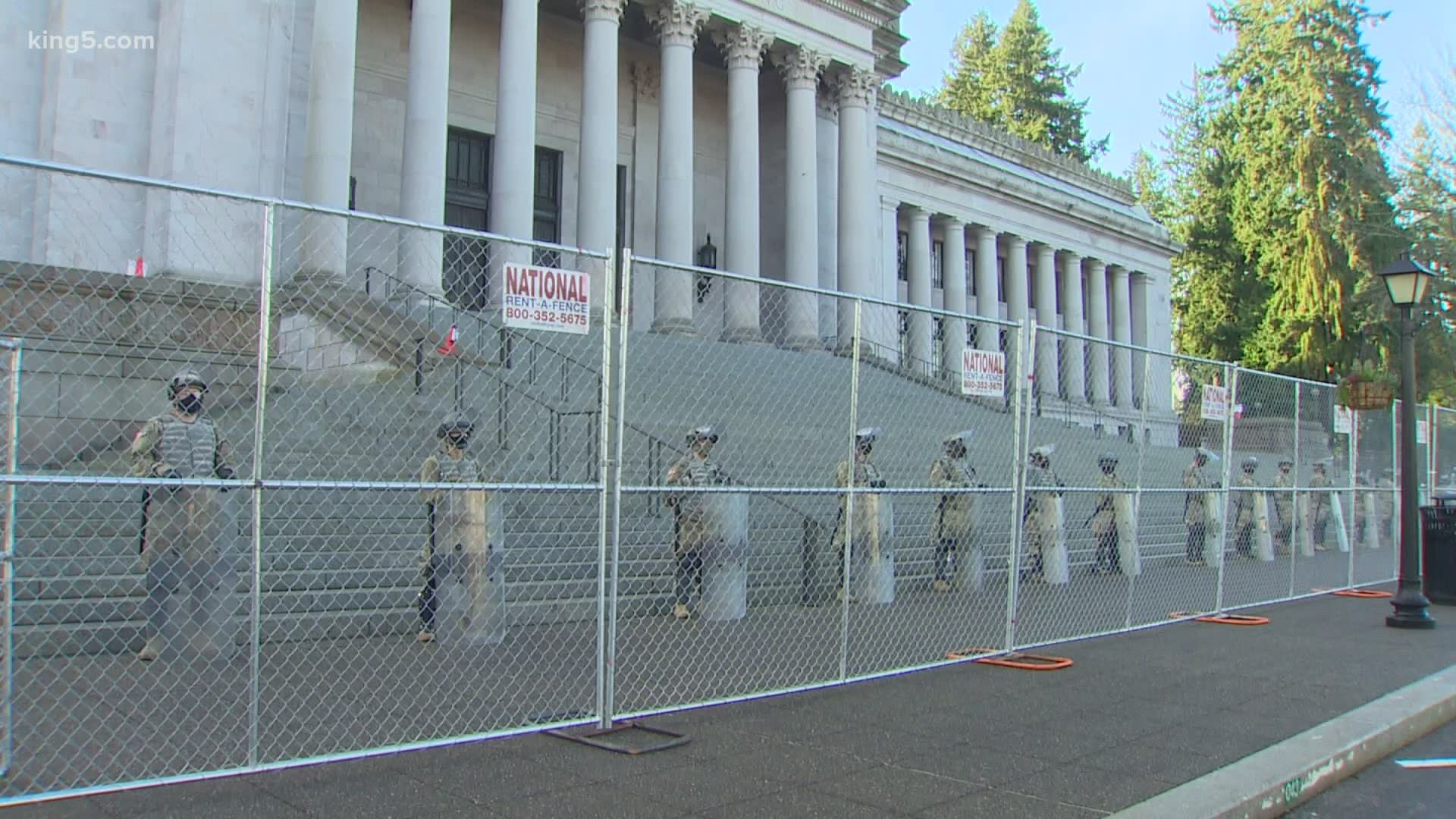 OLYMPIA, Wash — State lawmakers return to Olympia Monday for what will be a legislative session like no other before it.

The COVID-19 pandemic will take most of the procedures in 2021 to virtual hearings, held over meetings online.

But dozens of legislators, and their staffers, need to appear in-person Monday to pass rules to make the rest of the legislative session virtual.

Lawmakers will also come to a legislative building with heightened security.

Gov. Jay Inslee activated up to 750 members of the Washington National Guard to assist the state patrol in security for the first day of the session.

Last week, supporters of President Donald Trump broke through a gate at the governor's executive residence, on the same day as the siege at the U.S. Capitol building in D.C.

Inslee was home during the breach in Olympia but was not injured. Other than the gate, the alleged trespassers did not damage the home.

On Friday, the Washington State Patrol put chain link fences up around the state Capitol building, where the legislature usually meets.

RELATED: Gov. Inslee responds after Trump supporters breach gate at his Olympia residence and at US Capitol

Once the session begins, Inslee said he hopes lawmakers will take measures to pass a coronavirus aid package the first week.

"I understand deeply, personally and daily the suffering people have had economically in part because some of our emergency orders," said Inslee.

Later in the session, he hopes lawmakers will pass a new capital gains tax. 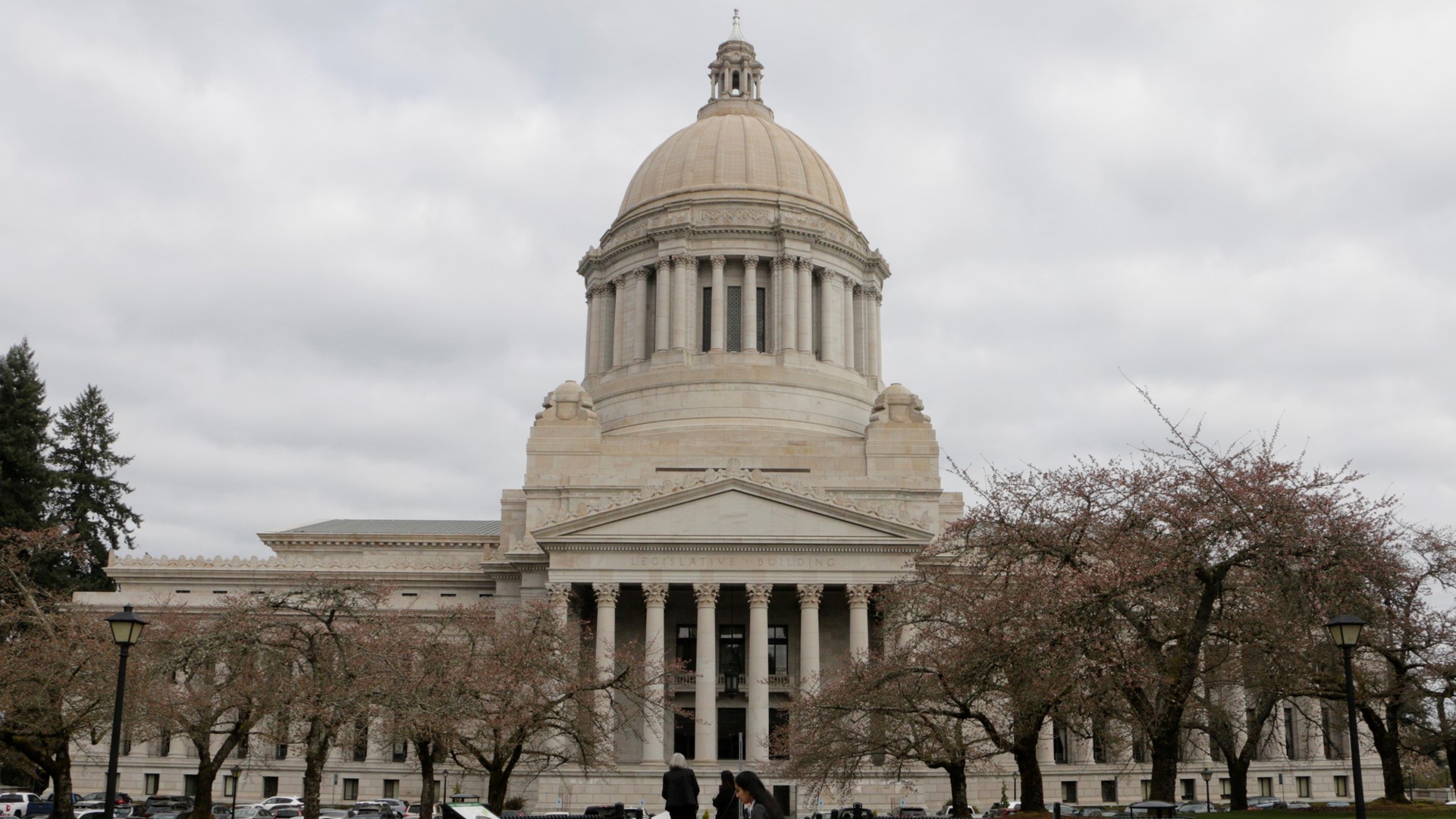 "All of those cost money, and, you know, we can write pretty words on a piece of paper and pass them. But if you really want to help people, you have to put the dollars behind those words. Otherwise, they're just, it's just a novel," said Dhingra.

"What I would suggest is that we need to continue to prioritize, the fastest way we can get people back on their feet is to get them their jobs back. And so I feel like you’re making it worse, if you start this tax and spend part, it's going to come from somewhere," said Short.

Lawmakers will have to pass an operating budget for the next two years during the 105-day session.

For the first time in state history, all public testimony on proposed legislation will be done remotely, from locations across the state.

Jason Mercier, the director of the Center for Government Reform at the Washington Policy Center, has been trying to get lawmakers to allow remote testimony since 2013.

He said while it’s unfortunate it took a pandemic to make it happen, he hopes it becomes a permanent part of the state’s legislative process.

"By opening this up to everybody at home, hopefully, we'll hear from more voices, more perspectives and maybe ideas lawmakers have not thought of before to solve some of the problems facing the state," said Mercier. 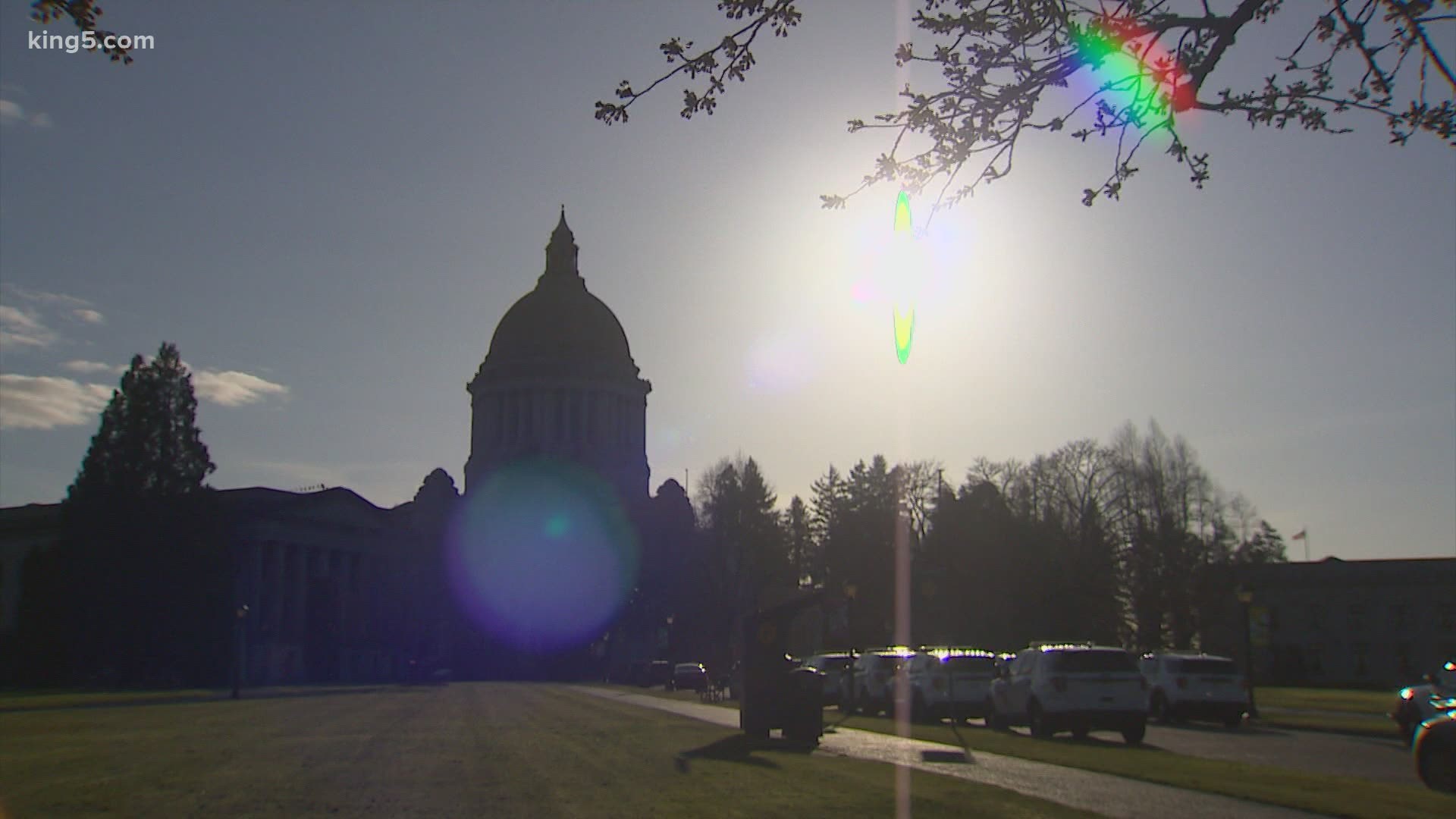