The Spokane NAACP says "the time to act is now" and calls on the Washington State House of Representatives to expel Shea. 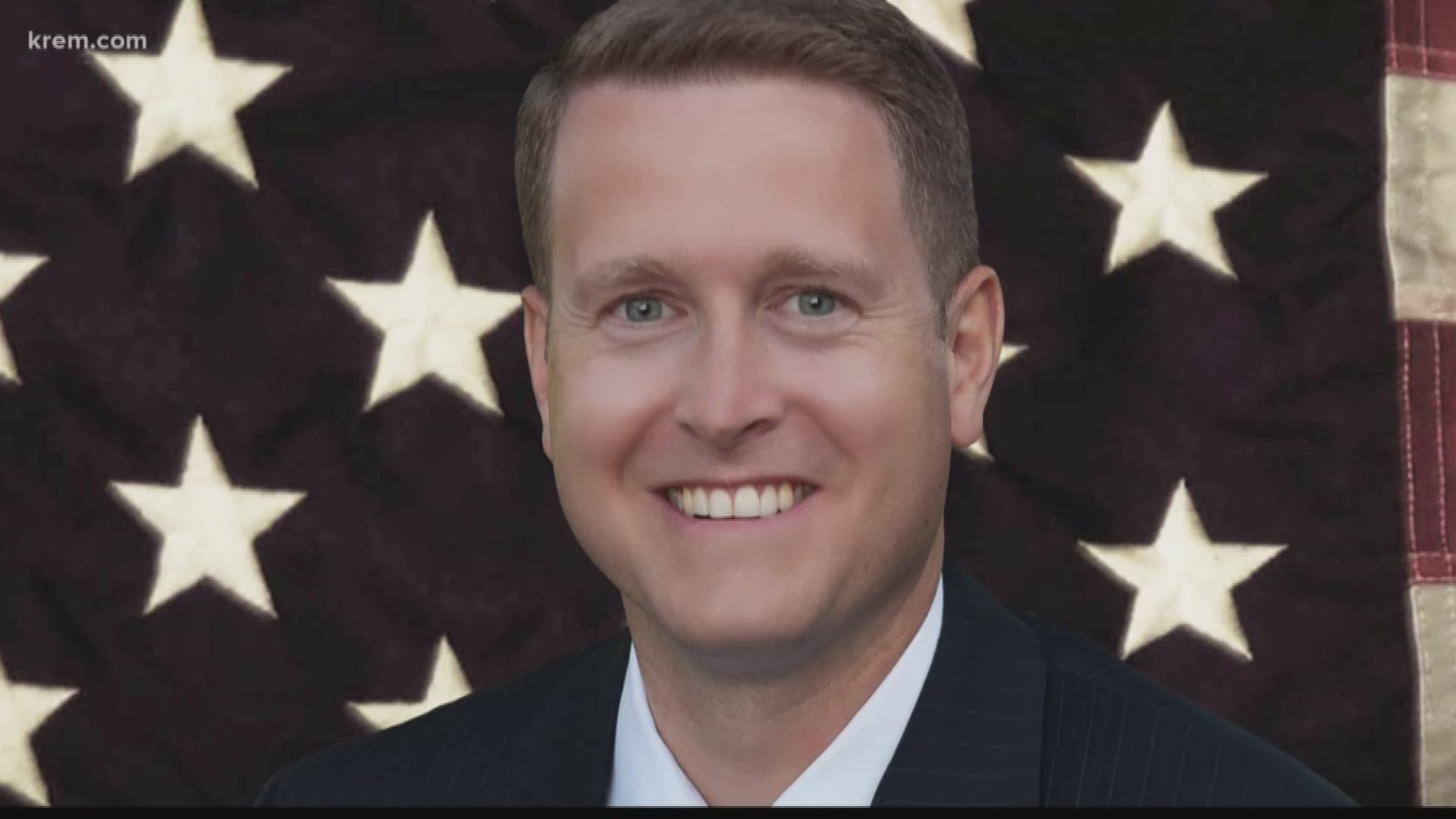 SPOKANE, Wash. — Spokane leaders are calling for the expulsion of Rep. Matt Shea (R-Spokane Valley) from the Washington House of Representatives.

The statement comes after new reporting by The Guardian claims that Shea has ties with an LLC based in Stevens County called "Team Rugged," which trains men for "biblical warfare."

The report, which was published by The Guardian on August 13, said that Shea made videos in support of the group, including one shared by the Washington State Democratic Party in which Shea is seen speaking with Team Rugged.

"Team Rugged is basically a school of learning for young men to give them all of the foundational learning and skills that they need to be effective in Christian warfare," one of the team's members said in the video.

The Spokane NAACP's statement condemns Shea's support of the group.

The statement reads in full:

"We, the Spokane Branch of the NAACP, are responding to the report from the Guardian detailing Matt Shea’s support and promotion of the organization known as “Team Rugged”; a group which aims to train impressionable young men on how to wage “biblical warfare”. The term “warfare” is misleading, as it indicates a mutually-agreed upon conflict between opposing forces. History and current events show that this kind of indoctrination leads to terroristic attacks against religious minorities and vulnerable families.

Any person who supports such efforts poses an imminent threat to our community and has no place in civilized society, let alone our state’s governing body. Matt Shea uses his platform to promote hate and violence. Every moment he occupies a seat in our State Legislature emboldens extremists and erodes the legitimacy of our sacred institutions.

The time to act is now. We call on our elected officials from the Spokane Region to take a stand to ensure that this dangerous Christian (in name only) Nationalist does not continue to occupy a place of power in the people’s House. Anything short of the expulsion of Matt Shea from the Washington State House of Representatives is a threat to our community, a threat to our collective safety, and an implicit endorsement of white supremacy."

"I believe that what we're seeing and what I know we're standing for as the NAACP is that that's enough. We all need to be accountable and especially those holding positions of authority need even more accountability, not less," said Spokane NAACP President Kurtis Robinson.

Ben Stuckart, who is currently the Spokane City Council President and running for Spokane Mayor, released a statement of his own calling for Shea's removal from office or resignation.

"I agree with the NAACP and call on every person running for office in our region to denounce Matt Shea, his threats of violence and intimidation, and ask for his immediate resignation or removal from office," Stuckart said.

Cindy Wendle, who is one of the contenders in the race for Spokane City Council President, also released a statement condemning Shea.

"We cannot be silent in the wake of extremist speech. We need to acknowledge the fear this instills in many of our friends and neighbors," Wendle wrote in a statement to KREM. "I condemn the hurtful and radical rhetoric of Rep. Matt Shea. Those comments have no place in our community."

"The Spokane Police Guild finds Representative Matt Shea's actions in keeping City of Spokane Officials under surveillance appalling and join with those asking for his immediate resignation," the post reads. "It is the duty of both law enforcement and elected government officials to uphold the constitution. It is clear by Mr. Shea's conduct he more interested in promoting his own ideology than upholding the rights afforded to all citizens under the Constitution."

Spokane mayoral candidate Nadine Woodward condemned Shea in a statement, but didn't call for his resignation.

"I strongly condemn Representative Matt Shea’s divisive and extreme rhetoric and ideology. I believe in inclusive and open leadership that equally represents all residents. I call on his constituents to make their decision about what values they want represented in Olympia," Woodward said.

Shea posted on his personal Facebook account on August 16 about the situation following The Guardian's newest reporting.

"WOW. THE OUTPOURING OF PRAYERS AND SUPPORT HAS BEEN OVERWHELMING. Thank you and blessings to you all," the post reads, before going into a poem.

"'Like a scarecrow in a cucumber field are they, And they cannot speak; They must be carried, Because they cannot walk! Do not fear them, For they can do no harm, Nor can they do any good.' There is none like You, O Lord; You are great, and great is Your name in might. Jeremiah 10:5-6 (NASB)," the post concludes.

He also responded to a person who commented to ask what was happening with "An Antifa linked reporter did another hit piece."

The Washington State House Democratic Caucus said they are not commenting on this due to an ongoing independent investigation into Shea.