Splitting King County? Citizens fought to secede in the 90s

In the 90s, a citizen committee fought to secede from King County. 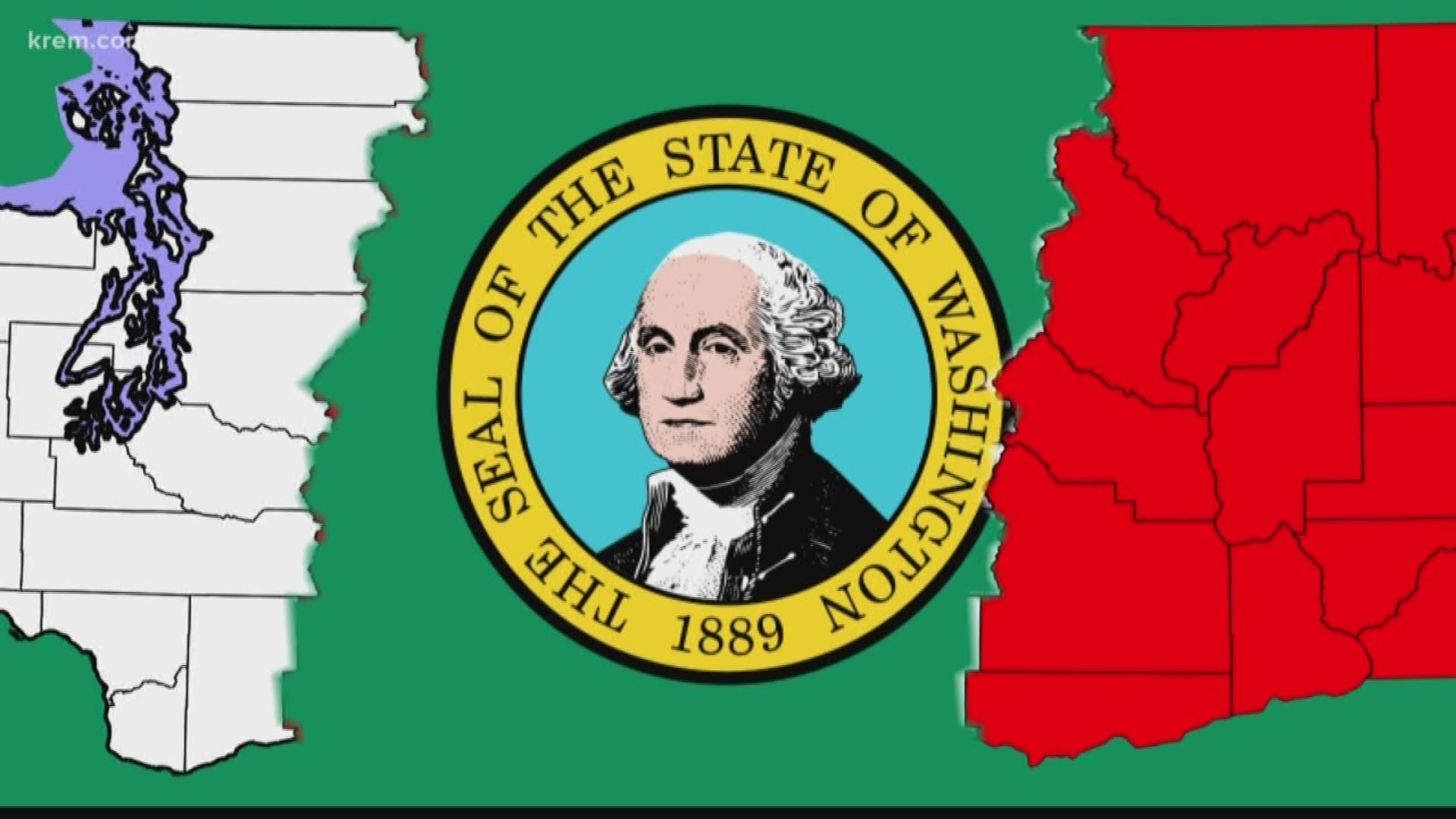 Though the conversation of east versus west is often at the state level in Washington, a movement within the western half of the state in the 1990s gained enough traction to get the state Superior Court involved.

It was an effort that resembled those made since by lawmakers from eastern Washington looking to separate from their neighbors on the other side of the Cascades.

Rural portions of counties in western Washington - often seen as heavily liberal - sought to secede from their urban centers. Those counties included Pierce, Snohomish, Whatcom, and King. The effort in the latter made it the farthest.

A movement that started in the early 90s sought to create Cedar County out of the rural east King County. Cities that would be included in Cedar County included Duvall, Carnation, Enumclaw, and others. The aptly-named Cedar County Committee fought to split off from Seattle and other larger cities. Essentially, those within the committee felt the rural areas were being under-represented when it came to county-wide decisions, including restrictions on development and land use.

The committee submitted 23,765 signatures to the secretary of state to secede from King County. At the time, more than 100,000 residents lived in the area. Proponents of the secession argued at the time that because the number of signatures submitted exceeded 50 percent of the votes cast in that area during the last general election, the committee had successfully met the requirement to form a new county.

The secretary of state, chief clerk of the House, secretary of the Senate, and representatives of the presiding officers of the House and Senate concluded that the secretary had no authority to determine if the committee met the requirements to form a new county.

The Legislature didn't act on the report or petitions.

The committee then petitioned the state Superior Court, seeking a writ compelling the secretary of state to "perform his duty," certifying the petitions as an "election."

The argument from the committee, according to a summary from the court, was: "Having satisfied the state constitutional prerequisites to new county formation, the Committee is entitled to have the Secretary certify its petitions--the 'duty' this court should compel the Secretary to perform--which in turn will require the Legislature to create Cedar County."

Ultimately, the effort hit a roadblock and fizzled out.

Committee Chair Lois Gustafson, who referred me to the committee's former attorney, pointed out in an email that the cities that would have been located within Cedar County's have grown from sleepy bergs to legitimate cities.

Rhys Sterling, the attorney for the Cedar County Committee, said lawmakers weren't about to let new counties be created. If anything, counties were thought of as too small as it was. Sterling says he still feels the court siding with the Legislature was wrong.

However, Sterling says there may have been some benefits. It got the attention of politicians and perhaps led local leaders to consider the more rural areas a bit more. But it's not as if they are getting the equal say to downtown Seattle; "Still kind of an afterthought," he said.

In an email, Gustafson said many of the problems they saw back then still exist now.

As with the idea of splitting the state, splitting a county would be a mess, Seattle University Political Science Professor Marco Lowe recently told KING 5's New Day Northwest. Revenue from taxes often comes up when the idea is floated. Much of the infrastructure throughout the county comes from tax revenue in more urban centers.

But the past effort also shows what we saw during the 2016 presidential election and the division among counties throughout the state. The Elway Poll