What does 2020 look like for embattled Rep. Matt Shea?

The Spokane Valley representative will enter the legislative session without a caucus, but with his seat. 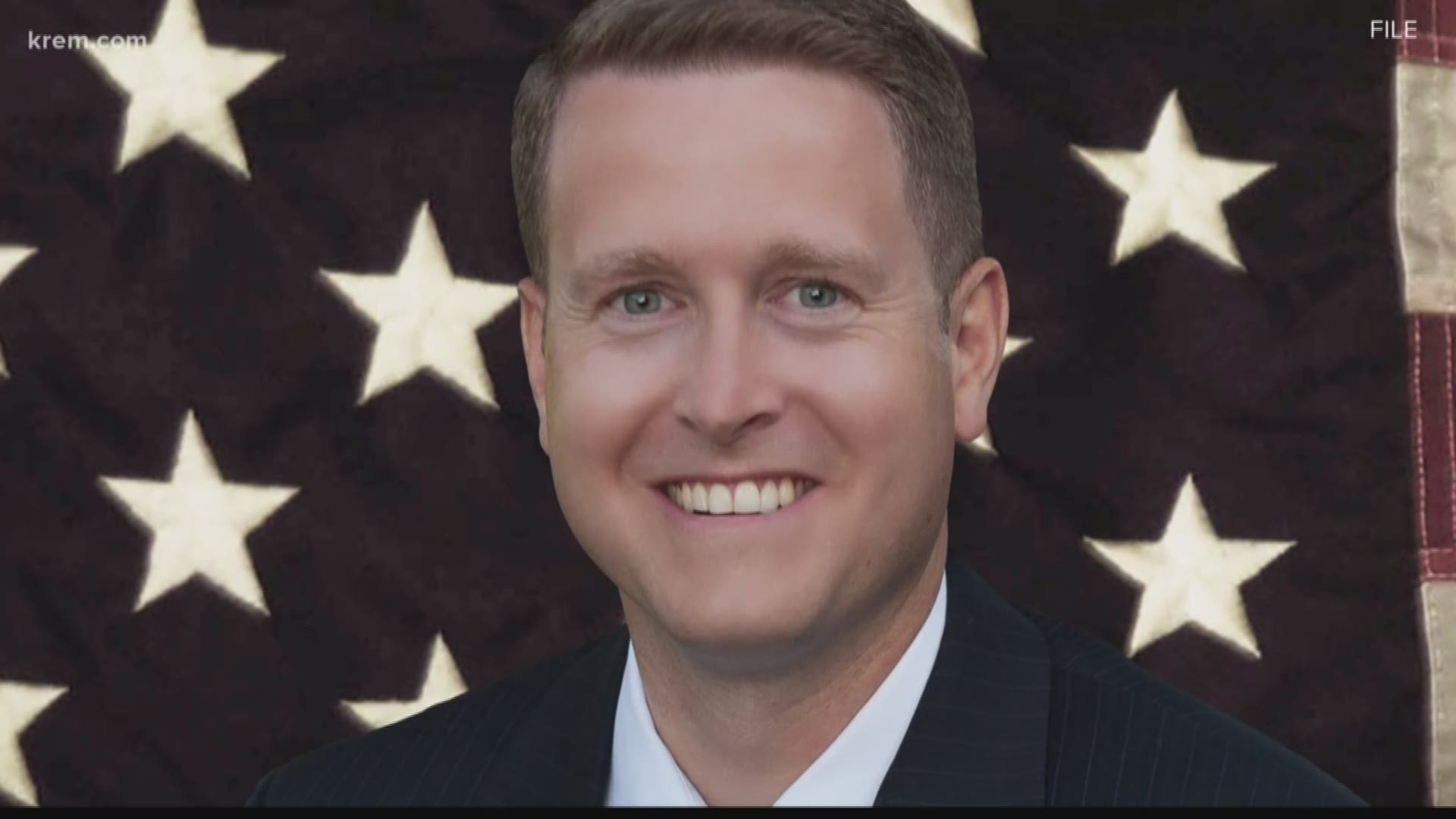 Rep. Matt Shea (R – Spokane Valley) will join his colleagues in the state House, but he will do so without party support.

Following an independently-executed official investigation into his conduct, one that concluded Shea had participated in an act of domestic terrorism, he was suspended from the Republican caucus.

That means he can no longer attend party meetings or use party staff and his office will be moved. House Republican leadership also revoked all of Shea's committee postings, a move that severely weakens his efficacy.

It was a bold step, but some in both Olympia and Spokane Valley still want a bolder one.

At a public event previewing the legislative session, the incoming Speaker of the House called for Shea to lose his seat entirely.

"Matt Shea should resign. If he does not resign he should be expelled," said Rep. Laurie Jinkins (D – Tacoma).

The House's Republican leader, Rep. J.T. Wilcox (R – Yelm) has also called on Shea to resign. But for Wilcox and many Republicans, expulsion is another story.

Kicking Shea out of his seat would require two-thirds of the full House, likely extensive hearings, and just a lot of political will that isn't really there. In addition, it could be seen as overriding the will of Spokane Valley voters.

Jinkins said she was not sure if she'd have the votes for such a measure.

It seems many lawmakers are content to let Shea serve out his term, with some perhaps just hoping someone else can beat him in his election this year.

So far, local nurse Lori Feagan has declared as a Democratic candidate.

An experienced Republican, Leonard Christian, is also running to unseat Shea. Christian has already briefly represented Spokane Valley in Olympia via an appointment to the seat.

He has also received an endorsement from Spokane County Sheriff Ozzie Knezovich, who has been an outspoken opponent of Shea for many years.

"Sheriff Knezovich and Mr. Christian have been friends for many years, and knows him to be an honest, humble and conservative candidate who will listen to the people of the 4th. Sheriff Knezovich calls on other leaders to step up and endorse Leonard Christian for 4 th District State Representative," a statement sent from Christian reads.

RELATED: Meet the Democrat and the Republican looking to unseat Matt Shea

Shea for his part has already stated strongly that he will not resign. But even if he isn't expelled, his power will be limited.

He'll still be able to vote and propose legislation. But, with no committee seats or support from either party leadership, it's unlikely any of that legislation would even see the light of a hearing, much less a vote, much less be passed.