This isn't the first time Sequim Mayor William Armacost has made headlines for his beliefs. 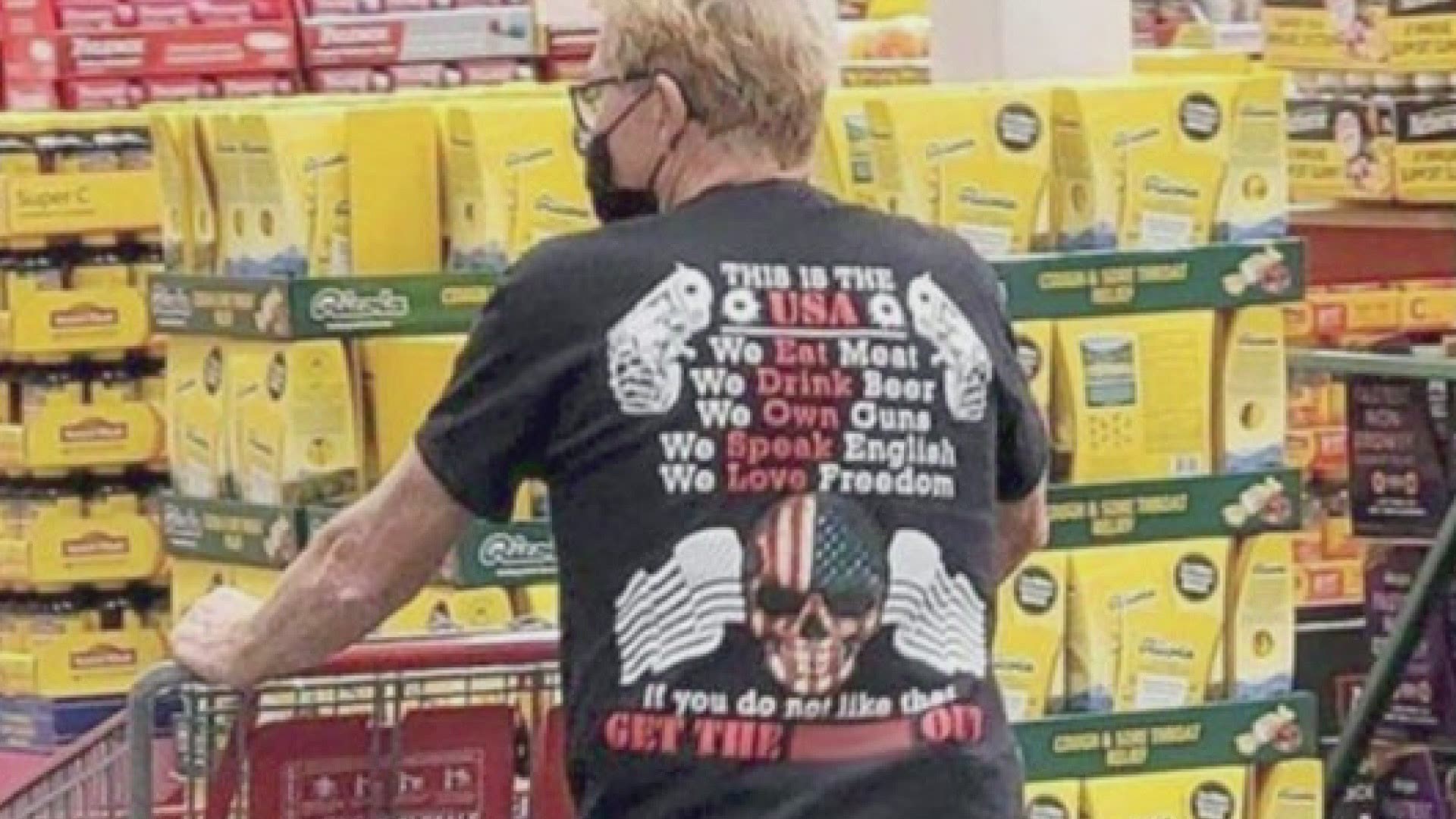 SEQUIM, Wash. — The big news in the small town of Sequim surrounds the mayor quite literally wearing his politics on his sleeve.

An anonymous person posted a picture of Sequim Mayor William Armacost wearing a shirt that reads: "This is the USA. We Eat Meat. We Drink Beer. We Own Guns. We Speak English. We Love Freedom. If You Do Not Like That Get The (expletive) out."

"My initial reaction was, you've got to be kidding me," said outspoken critic of the mayor Laura Johns.

She believes the message to the people of Sequim is clear.

"It's basically, anyone who doesn't believe what I say needs to get the 'F' out," Johns said, adding, "It's irresponsible for someone in his role to parade around in a town he represents with that kind of a message."

Armacost made national headlines last year when he promoted the QAnon conspiracy theory on a local radio show.

"QAnon is a truth movement that encourages people to think for themselves," the mayor said at the time. “Those who are corrupt will do everything they can to suppress the truth.”

"It's an ugly billboard for Sequim," said Johns.

KING 5 attempted to speak with Mayor Armacost on Monday. An email and phone call were not returned.

However, we tracked Armacost down at the Sequim hair salon he owns.

The mayor said he said he wasn't interested in talking about the situation, except to say he thought people had better things to do than follow him around and take pictures of him on his day off.

The mayor has also received quite a bit of support on social media for the shirt - in a city that is as polarized as the nation itself.

When asked whether Armacost is allowed to believe what he wants to believe, Johns replied, "He absolutely is, but behaviors and actions have consequences. The consequence is people are going to notice you."

As more people take notice, those consequences now include an effort to vote Armacost out of office next year.

"There's a lot of people in this city that are gonna make sure we're not caught asleep at the wheel again," said Johns.