"A coup is not how we govern in this country," Murray said. 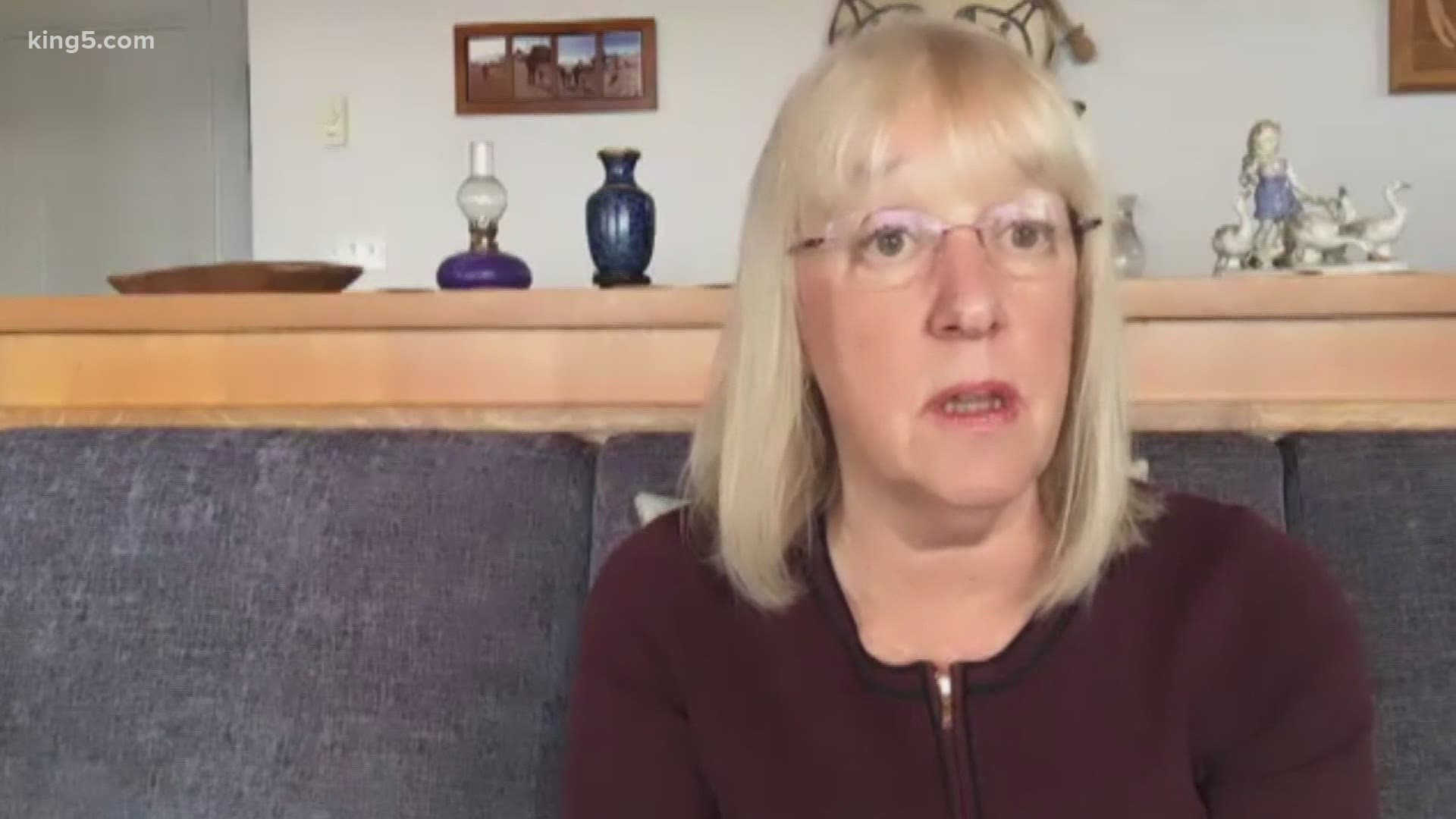 U.S. Sen. Patty Murray, D-Washington, makes no apologies for leading a charge to remove President Donald Trump, as well as the senators who opposed the certification of the election, from office.

"We allow this democracy to be changed by use of force, rather than by use of words, we have lost our democracy," Murray told KING 5 on Tuesday, speaking for the first time about the U.S. Capitol siege.

"We do not want other countries to think that we would ever condone violence, or a coup attempt, to be what should govern another country. And we should never allow it to happen here."

Murray called for Vice President Mike Pence to invoke the 25th amendment, which he declined to do Tuesday night.

But she also places blame on Senators Ted Cruz and Josh Hawley for leading an effort to block certification of the Electoral College, and Joe Biden's election as President, that preceded the deadly attack on the houses of Congress.

Murray believes the House, in Democratic control, will vote to impeach President Trump. If that happens, the Senate will be to consider it, she said.

"The Senate has to take up impeachment," she said.

Murray has been in isolation as a precaution since the day of the siege. She said she had been ushered into a "room with a lot of people, some without masks."

A few lawmakers, including Rep. Pramila Jayapal of Seattle, announced that they tested positive for COVID-19 after last week's attack on the Capitol.

Murray was coy about whether she'd been briefed about any potential threats ahead of the Biden inauguration, but said she plans on being in attendance.

There is speculation that conviction on impeachment is a non-starter, given two-thirds of the Senate must vote to convict and Republicans hold a narrow margin right now.

There have been suggestions that Democrats could wait to convict Trump until after Biden's first 100 days, to allow for Senate proceedings on Cabinet confirmation.

But Murray said the Senate should take the matter up sooner rather than later.

"I think we need to make it very clear in this country from all parts of our politics and all walks of life, that a coup is not how we govern in this country that we use, again, our words, our votes, and that is what counts."