Some Seattle officers are looking outside the city ahead of potential budget cuts to the police department. 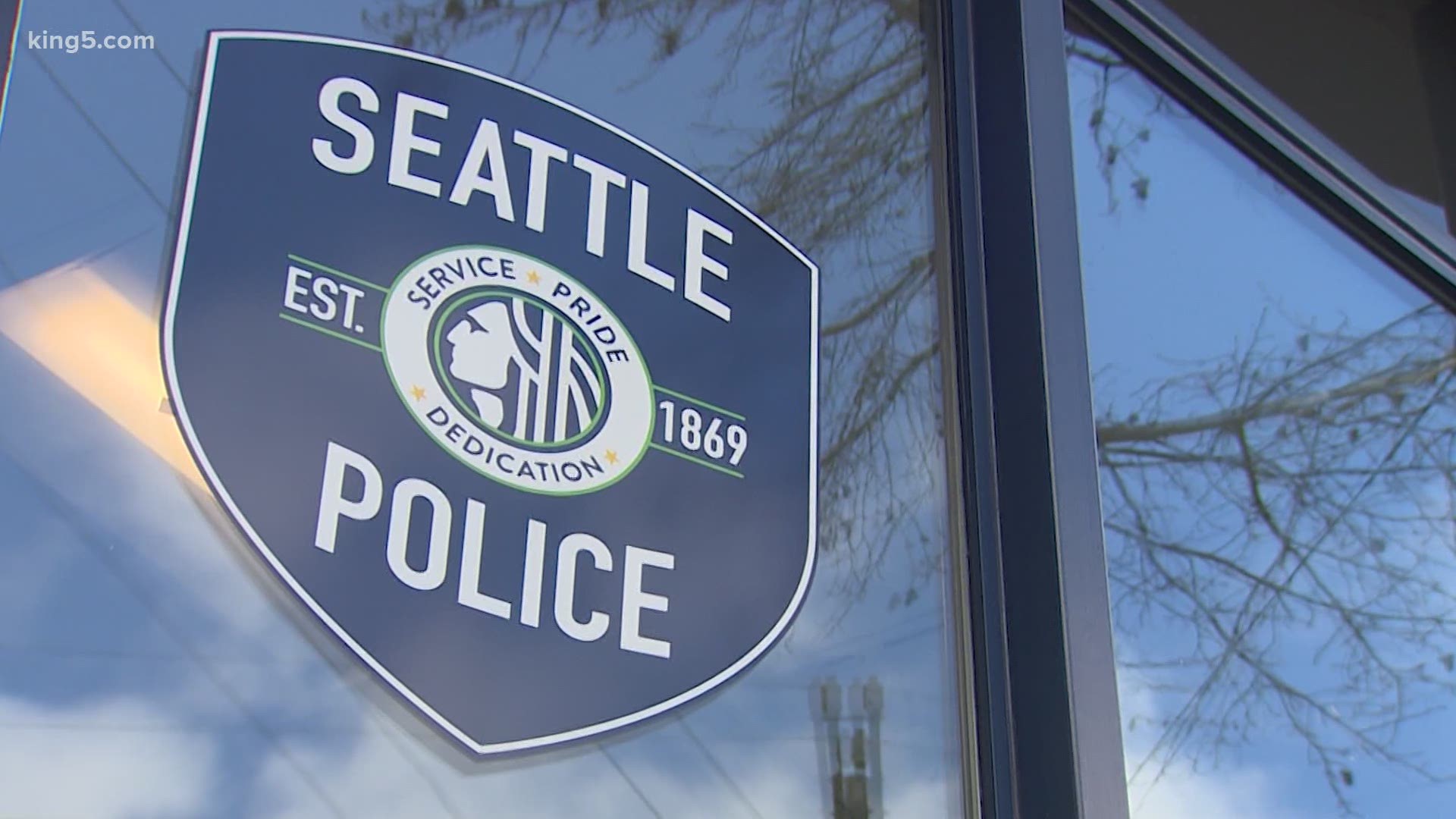 SEATTLE — Seattle police officers are eyeing jobs with other departments as the city considers large cuts in the wake of protests and an economic downturn.

A survey of neighboring jurisdictions found that dozens of Seattle officers are looking outside the Emerald City for employment.

Between May and July 17, the King County Sheriff's Office received 38 applications from the Seattle Police Department to apply laterally for deputy positions.

Officials from the Snohomish County Sheriff's Department also said there has been an "uptick" in applications from Seattle officers. At the beginning of June, the sheriff's department received four applications. The most recent information for June and July isn't available.

According to information from the Seattle Police Department, 24 employees retired between May and July and 12 people resigned from the department. That's only four more than the same time period in 2019, when 15 people retired and 17 people separated; however, two of those were under a "probationary term" and another employee died.

One factor complicating job searches for Seattle officers looking elsewhere: many departments are in a hiring freeze because of the pandemic.

Seattle Police Chief Carmen Best had no comment on Wednesday in regard to the spike in applications to other departments.

This is happening while the department is under a microscope and faces potential cuts, just over a year after the city council and mayor approved lateral bonuses to increase staff at the department.

A majority of Seattle City Council members say they are in favor of cutting the police department's budget by up to half. The public weighed in during a recent budget committee meeting with some supporting a 50% cut to the budget, citing police brutality as one of the reasons why. Others said a cut that big will jeopardize public safety.

King County Equity Now Coalition's proposal suggests a 50% cut would come with a four-point plan. That plan includes replacing current 911 operations with a civilian-controlled system, scaling up community-led solutions, funding a community-created roadmap to life without policing, and investing in housing for all.

Previously, Chief Best expressed her feelings toward the plan.

“I think that every plan needs to have analysis, and the plan is untested theory," she said. "I don't think we want to put 750,000 residents in the city at risk for theory that is untested.”

SPD's budget this year was more than $400 million. If it was cut in half, Chief Best says around 700 officers would be laid off.

The City Council is expected to vote on the budget on Aug 3.