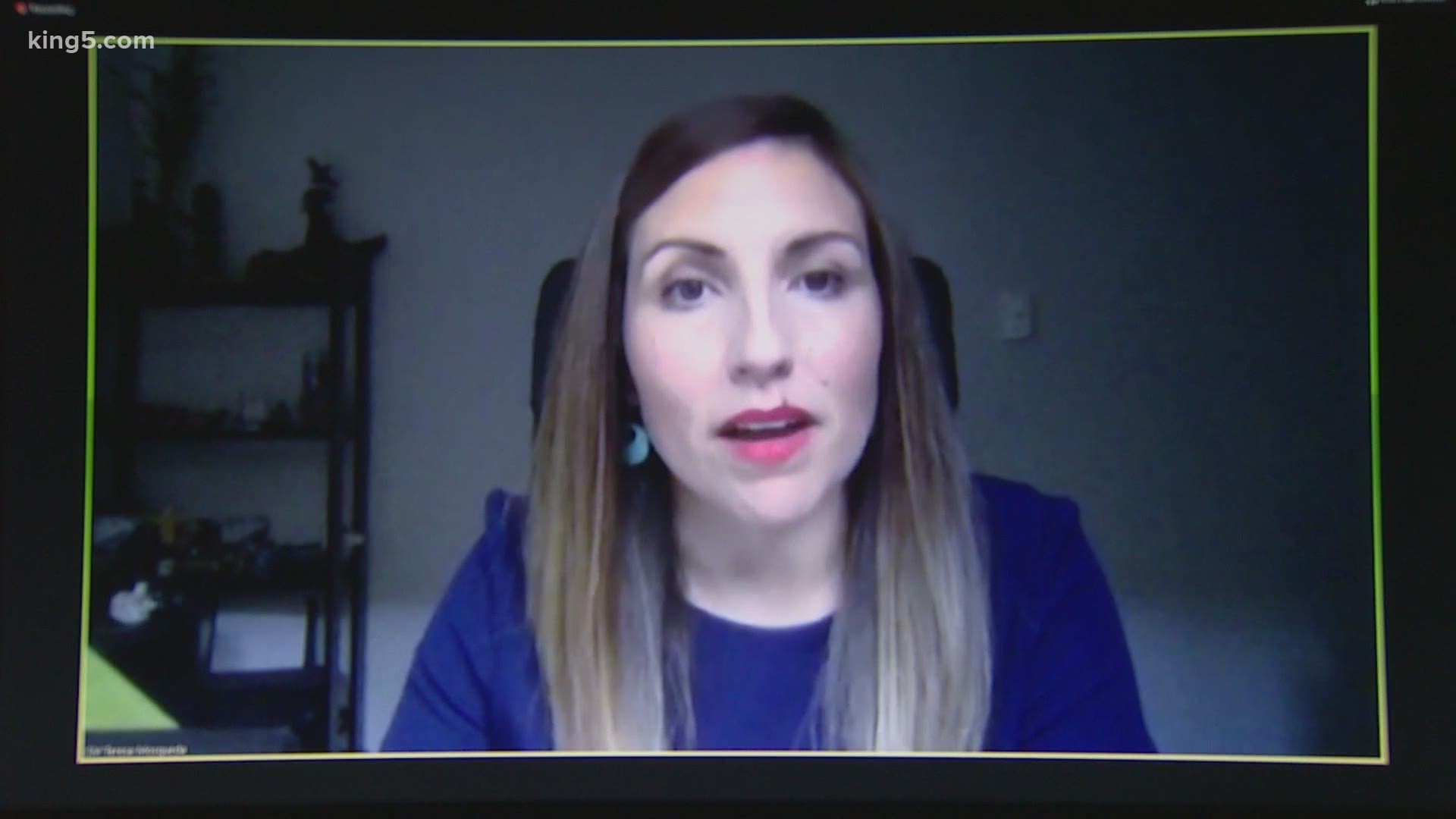 SEATTLE — Seattle City Councilmember Teresa Mosqueda is proposing a payroll tax that she says could generate as much as $200 million a year.

Under the new proposal announced Tuesday, Mosqueda wants corporations with payrolls of $7 million or more that offer employees annual salaries of less than $500,000 but more than $150,000 to be taxed 0.7%. The tax is 1.4% for companies paying employees $500,000 or more.

"The type of assessments that we're talking about on those specific companies is probably not going to have a detrimental impact, and I think that the data bears out that it's not going to impact wages," Mosqueda said.

Under Mosqueda's proposal, the tax would not go into effect until 2021. If the proposal did pass, the city would use emergency reserves to offer immediate coronavirus relief this year.

"We can pay those dollars back once the revenue starts coming in in 2022," said Mosqueda.

Under the proposal, the tax would sunset after 10 years or earlier than that if a similar tax is passed at a state or county level.

The council member is calling the effort JumpStart Seattle, saying the city needs funding to address inequities, food insecurity, and small businesses on the brink of closing due to the COVID-19 economic crisis.

Mosqueda added that prior to the public health emergency, there was already a state of emergency with over 11,000 people in King County experiencing homelessness.

The lack of housing concerns Marty Kooistra with the Housing Development Consortium.

"Over the last 10 years, we in King County had a net loss of 112,000 homes attainable to low income households. They did not physically disappear. This is the result of years of immense job and population growth without adequate, truly affordable housing production which drove rents way out of range," Kooistra said.

"While we are concerned about any new city tax in this period of economic uncertainty, this is a necessary conversation," said de Sam Lazaro.

Steve Hooper, president of Ethan Stowell Restaurants, says government, nonprofits and the private sector need to work together to rebuild after the public health crisis.

"I do understand a lot of my friends in the business community are concerned about the timing of this new tax. I have to believe that rebuilding together in a more equitable way is a just and altruistic goal for which we can all contribute a little something," Hooper said.

"We support this proposal. There's clearly a need for supportive services in and around Seattle for our more vulnerable community members which includes workers and small businesses," said Chris McClain, business manager at Ironworkers Local 86.

However, the Downtown Seattle Association and Seattle Metropolitan Chamber of Commerce both oppose the proposed tax.

"We continue to believe taxing jobs is bad public policy, and it's especially ill-advised as we enter what is likely a deep recession and an unprecedented rise in unemployment. Just last month over 19,000 people signed a petition in opposition to a payroll tax in Seattle. We urge the Seattle City Council to focus on Seattle's economic recovery, getting people back to work and businesses back open rather than proposing unpopular new taxes on local jobs."

"Our region is in severe economic shock. We need leaders to focus on an equitable and inclusive economic recovery that gets businesses back open and people back to work. It's still not clear how long impacts like job losses are going to last, and many businesses in Seattle and throughout our region are not in the same place they were at the start of the year. Policy proposals should reflect that reality. This conversation about public budgets and revenues is bigger than just Seattle and should happen at the state level. A new city tax on businesses at this moment will not help economic recovery."

When asked if she has received any pushback about the proposed tax, Mosqueda said, "as we've talked to small businesses, medium businesses, immigrant rights advocates, housing advocates, labor friends, large businesses, universally people have said, 'I really just wish we could do a state level income tax,' and I think we are in the same position."

The council member wants to see a state level solution, but right now as the financial toll mounts for Seattle, Mosqueda says a payroll tax is needed.

In 2018, a head tax passed, but was quickly repealed. In January, House Bill 2907 proposed a business tax for King County, but that bill stalled. This year, Councilmembers Kshama Sawant and Tammy Morales co-sponsored legislation to tax Amazon and big businesses to fund emergency COVID-19 relief.

Now Mosqueda's legislation will be considered too.