Bruce Harrell and Lorena Gonzalez, both of whom have experience on city council, are facing off in Seattle's mayoral race. 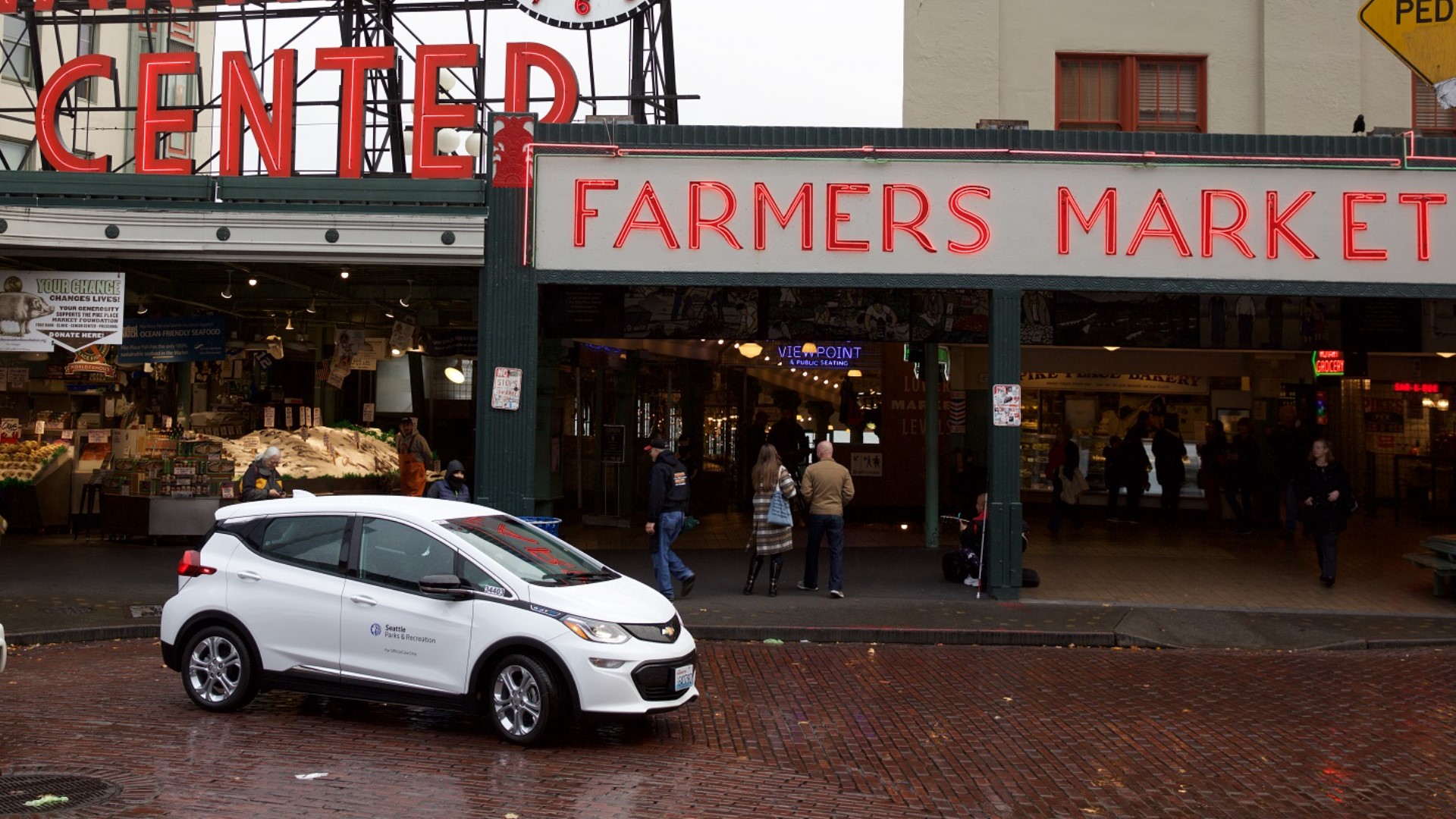 Editor's note: The above video on Seattle's plan to electrify transportation originally aired on April 22, 2021.

Gonzalez and Harrell are set to discuss their plans Tuesday night at the “Let's Clear the Air: Mayoral Forum on Climate Change and Environmental Justice” hosted by the Seattle Parks Foundation and Duwamish River Cleanup Coalition.

Each of their plans touches on some of the key areas in Seattle’s development, especially transit, buildings, roads and housing.

As for transit, each candidate envisions a Seattle completely divested from fossil fuels.

Gonzalez’s plan calls for a “car-optional” Seattle, saying the biggest source of carbon pollution in the city is transportation.

Similar to Harrell’s plan, Gonzalez wants to allow residents to be able to rely on biking and walking more by making changes to land-use zoning.

Harrell wants to continue mass transit expansion while establishing more roadways in neighborhoods not for motorized vehicles but for pedestrians and cyclists.

Harrell’s plan also syncs with Gonzalez’s by including a focus on equity throughout the city, especially in south Seattle, with Gonzalez focusing on unfinished sidewalks and Harrell promising to expand public transit to historically underserved neighborhoods.

In housing, the focus for both candidates is ending zoning restrictions that allow small businesses to be integrated throughout neighborhoods and lessen the need for transit far from residents’ homes.

Harrell supports the Urban Village Element, which lays out a plan for the city to create “concentrated, pedestrian-friendly mixed-use neighborhoods” that will “reduce the reliance on cars for shopping and other daily trips and decrease the amount of fossil fuels burned and the amount of greenhouse gases emitted.”

Gonzalez’s plan, while not referring to the city’s Urban Village Element plan, is similar, calling for an end to “exclusionary zoning” and an increase in “mixed-use zoning that allows more corner stores, coffee shops and other neighborhood amenities within walking distance, making extra car trips unnecessary.”

Each candidate also focuses on buildings as a major part of their climate plan.

In this process, Harrell hopes to engage “BIPOC and women-owned businesses and contractors” as well as the youth while creating a “Green Jobs Bill of Rights” that looks to protect these construction workers from inequities and low wages.

Gonzalez devotes a major part of her plan to buildings, saying pollution from natural gas use in buildings is “growing at a faster rate than any sector of emissions in Washington.”

Similar to Harrell’s plan, Gonzalez wants to ensure new buildings are “100% clean” on day one. Gonzalez also wants to use the current legislature to force large commercial buildings to erase their emissions by ending their use of fossil fuels.

“Commercial buildings already must cut energy use beginning in 2026 by state law—they should cut pollution and fossil fuel use at the same time,” her plan reads.

Gonzalez also wants to incentivize homeowners who want to electrify their homes while creating “union jobs as part of the transition.”

The two candidates stood out in the primary race, with Harrell holding a small lead over Gonzalez, 34% to 32%, respectively.

The mayoral forum Tuesday evening will be at 5 p.m. and streamed live on the Seattle Parks Foundation Facebook page.